Tereza Stejskalová
— Why do theoreticians get involved these days in art projects?

Politicians-theoreticians, who get involved in collective art projects in an effort to overcome the contradiction between leftist theory and practical application. Art as a place where political theory becomes specific (collective) action, albeit in the neutral space of an artistic institution. The question of subversive affirmation and cooperation among collectives with artistic institutions. An aesthetic of projects coming directly from a theoretical-political vision and aversion that such an aesthetic (didactic, uniform, illustrative) evokes.

Claire Fontaine is the fictional identity of a French artist named after a brand of notebooks, behind which the duo of James Thornhill and Fulvia Carnevale hide. Claire Fontaine was “born“ in 2004 and her works consist of leftist-oriented philosophical texts and manipulation of empty cultural symbols – ready-made objects. 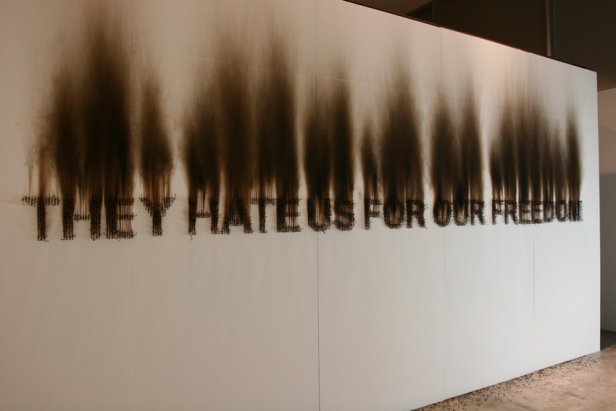