Of Walking in Ice

A city is a fragile organism, defined by a system of diversely situated streets, squares, residential areas, public spaces and private properties. Its inhabitants are moving around according to their daily tasks, organized in relation to their position in the highly stratified social structure, assuming roles in the complexly managed arrangement of care for the wellbeing and maintenance of the bare existence of the organism.

All the elements of a city are inseparably intertwined and keeping them running requires an intentionally or even unconsciously controlled effort of countless actors: the climate, both political and natural; an infrastructure of pipes distributing water, gas or shit; cables providing Internet connection; visionary thoughts of improvement; hardly stable, yet seemingly inviolable rules and regulations keeping all in its pre-defined place; historical circumstances and context – continuously reconstructed – to complement the current needs… Such a list could keep growing almost indefinitely.

Two Stones explores the trajectories and ideals of the Bauhaus-trained, German architect Lotte Stam-Beese and the Caribbean activist and writer Hermina Huiswoud through dialogues and appearances by contemporary protagonists. Both Stam-Beese and Huiswoud spent time working in the Soviet Union in the early 1930s and both ended up being active in the Netherlands after WW II. Two Stones was filmed in the 1930s constructivist district of KhTZ in Kharkiv, Ukraine, the first large housing project on which Lotte Stam-Beese worked, and in Stam-Beese’s celebrated 1950s Pendrecht, designed during her period as Rotterdam’s main architect/urban planner. In the 1970s, Hermina Huiswoud was agitating against the Rotterdam housing rule, which limited Caribbean Dutch inhabitants from settling in any of the city’s districts if their presence would exceed 5% of the population. Resonances as well as dissonances between the distinct trajectories of the two women and their expectations from Communist ideology, are sensed through the thoughts and experiences of the protagonists, who all have a personal or professional relationship to the issues at hand.

Pelin Tan is a sociologist and art historian, the sixth recipient of the Keith Haring Fellowship in Art and Activism (2019 – 2020), and research fellow of the Center for Arts, Design, and Social Research in Boston. Tan is involved in artistic and architectural projects that focus on urban conflict, territorial politics and conditions of labor.  Pelin Tan researched labor conditions and the new sense of place and community that began with the Riforma Agraria in 1950 for the Matera European City of Culture 2019: from the exodus from Matera’s Sassi to the newly built neighborhoods in the decades that followed, to the re-occupation of the Sassi by left-wing activists in the 1970s, and the current arrival of migrants via the Mediterranean today. Gillick’s film grows around an interview with Pelin Tan, during which she elaborates on the research and experiences while working on the Matera project. A series of sequential shots of the landscape, cityscape, and the exhibition grounds located in a former quarry of the city are in essence static. Yet, the fact that each of them is taken by a hand held camera gives the film a fragile character and a potential for maneuvering in various directions.

It all started with a fascination with a game-engine constructed educational simulator of citizenship within the newly formed parallel digital state of Estonia. While the original simulator should have served as a tool to learn how to behave and obey rules and function within delimitations given by the governmental body, Vajt’s take on it shifts the intended function into a theater stage of a highly critical testing ground for elaborations of nationalism, chauvinism, toxic masculinity and the fragility of one’s mind within a larger organizational entity. For “Walking on Ice,” the ongoing project “A Nation Was Born” reveals only its fragments in the form of a fair-trade-like promo video and a silent edited version of a Chekhovian drama following a lonely protagonist along his attempted self-reflective journey through the game environment. “A Nation Was Born” stands here not only as a showcase of a digital alternative to the reality of the physical city fabric but also as a study of an individual struggling to find their bearings.

The title of Koťátková’s series of collages quite literally refers to states of displacement, otherness, or dysphoria experienced while being confronted with general societal norms and conventional values. Found material from old illustrated encyclopedias or atlases of marine life comes into a dialog with interventions through drawing, cutouts, or surreal combinations of sources. While her newly formed creatures, organisms, or entities bear a resemblance to existing life-forms, their shift from reality presupposes a specific sensitivity towards the other, which may or may not designate a new norm. Such a norm is understood as something with fluid boundaries, with an ability and possibility to constantly re-evaluate itself and stand independently outside of any kind of societal normative apparatus.

Within the framework of “Of Walking in Ice,” Koťátková’s imaginary creatures play the role of natural inhabitants of the uncertain terrain of a city.

“The theme of the film HIDDEN CITIES is personal urban perceptions, which we call ‘the city’. The city, as a living organism, reflecting social processes and interactions, economic relations, political conditions and private matters. In the city, human memories, desires and tragedies find expression in the form of designations and marks engraved in house walls and paving slabs. But what the city actually is under this thick layer of signs, what it contains or conceals, is what we are researching in the HIDDEN CITIES project. The source material for the film are 9 sequential photo works created by Gusztáv Hámos between 1975 and 2010. Each of these ‘city perceptions’ depicts essential situations of urban experiences containing human and inhuman acts in a compact form. The cities in which the photo sequences have been made are Berlin, Budapest and New York – places with a traumatised past: Wars, dictatorships, terrorist catastrophes.” 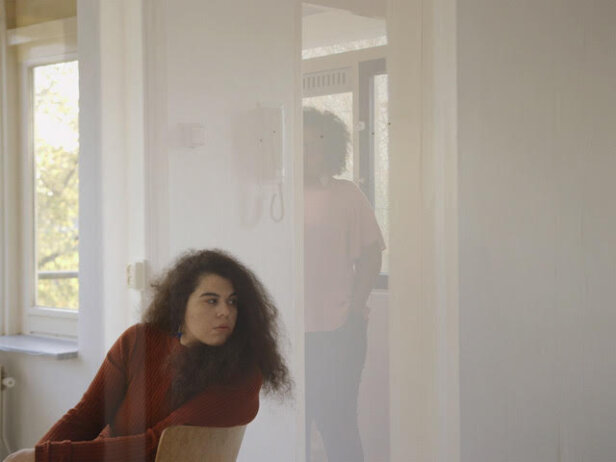 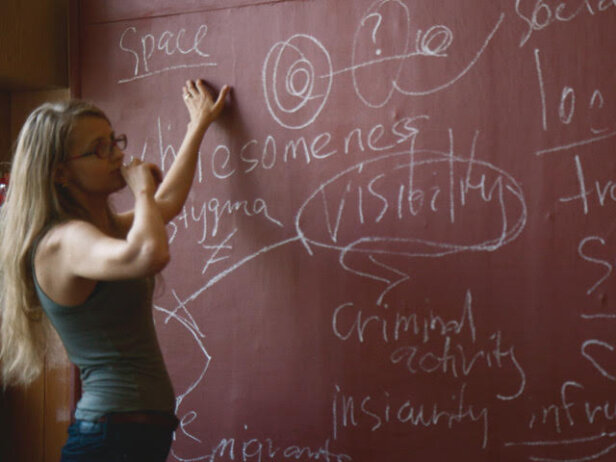 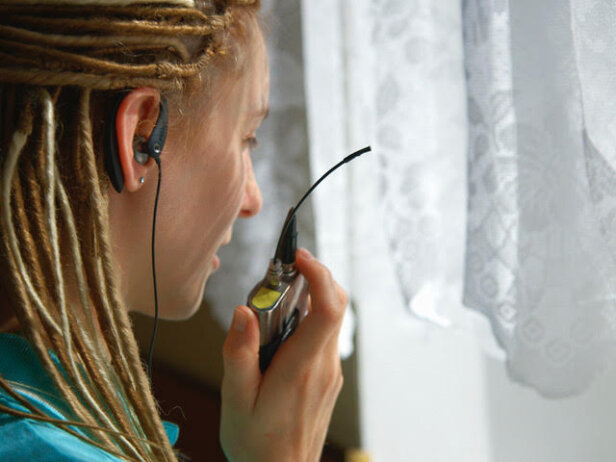