The Magma exhibition follows up on the release of Chochola’s publication The Smell of Success, especially on the subsequent happening that he made with one of its copy. The initial starting point of the gallery presentation was the photographic material of Vojtěch Veškrna, which was created during its production, and whose enlargements Chochola again took to the same place to finally edit. Documentation of the private event, which Veškrna creatively recorded, Chochola had “accelerated” by sliding in heated asphalt on the roof of his studio with puddles of printing ink. In addition to the photographs, the exhibition included bricollages from the remains of the book as well as screen prints based on artistic elements in the book.

Matyáš Chochola (born 1986) is a visual artist and performer. In 2016, he won the Jindřich Chalupecký Award. In August, his opulent solo exhibition The History of the World concludes at the Gallery of Modern Art in Hradec Králové. His book, The Smell of Success, which was published in connection with this exhibition, was written in a period of almost ten years. It was published jointly by the Gallery of Modern Art in Hradec Králové, the Jindřich Chalupecký Society and the BiggBoss Books publishing house. According to its annotation, it is “a free literary-artistic experiment in which Matyáš Chochola depicts his own version of the world — a kind of dream space-time, where currents of consciousness meet the wildness of the 90s, artistic reflections, and last but not least, shamanic-ritual meditations.” The takes place on the roof of Chochola’s Prague studio, which finds itself in a party-ritual spirit, which is, after all, a typical way for Chochola to overcome the dichotomies of deep and superficial, spiritual and physical, tinsel and filth, tribal and modern. Chochola’s sometimes misinterpreted energy and masculine ferocity is primarily a personal celebration of ubiquitous vital forces and a performative entry into the current possibilities of new hybrid connections and a bridging of what we conventionally understand as separate, distant or contradictory. Vojtěch Veškrna’s photographs make the last act of the book’s “birth celebrations” only partially dependent baroque-like group portraits and still lifes – and Chochola, with his additional post-production, brings back the theme of the stagnation and solidification of “magmatic action” in the new landscape of its “photographic documentation”. 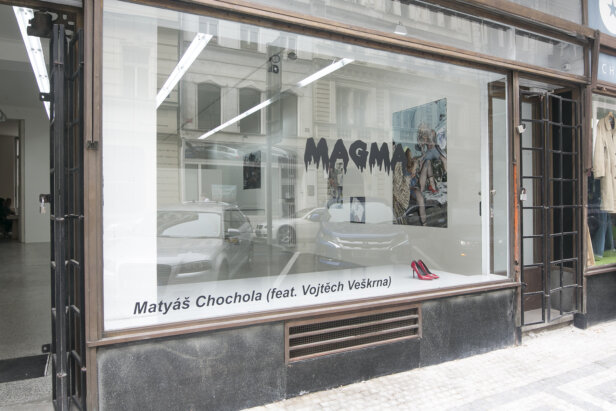 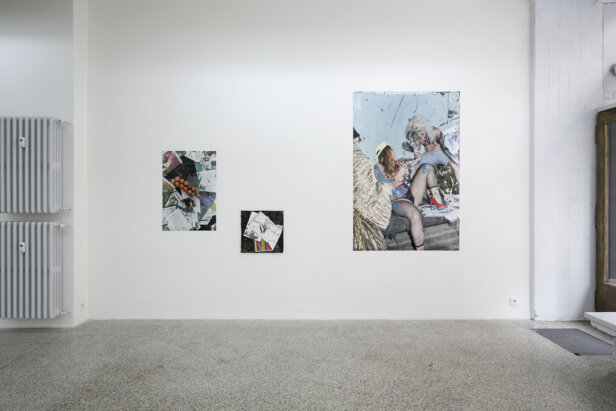