Launch of the 20th issue of the Fotograf Magazine
— Public Art

The Fotograf magazine’s 20th anniversary issue also serves as a broader publication about the topic and as informational material for the 2nd year of the Fotograf Festival – Off Limits. This time it will focus on public art and a transforming understanding of public space (not only) in contemporary photography. From amongst the artists being presented we can name: Dennis Adams, Susan Meiselas, Braco Dimitrijević, Wendy Ewald, Šejla Kamerić, and others.

After 22h, the launch will traditionally (as of late) move from the Fotograf Gallery to the interior of the nearby cafe of Divadlo Komedie (Jungmannova 1, Praha 1).

In relation to art in public space, it is rather unusual to focus primarily on the medium of photography, despite the fact that public space in general is saturated with photographic image. For this reason, we have decided to highlight those projects which offer an intervention into the monopoly of the commercial messages seen in public. At the same time, these are images which are site-specific in nature, also addressing such issues as the role of galleries and other institutions designated as places for art. The issue of Fotograf magazine is dedicated to the theme of Public Art will focus on photographic projects which work with public space. We have selected those projects that make us vigilant and hopeful that a single individual can still have an impact on public space. 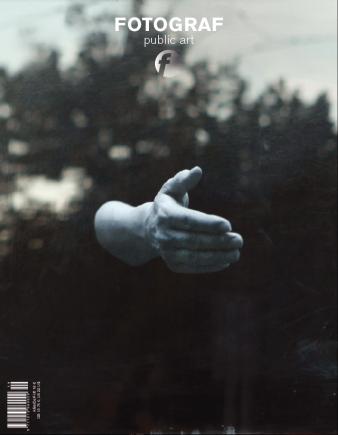