The photographs from the Photography Lessons exhibition were created during a workshop for students from a Prague high school. In the photos students reconstructed scenes from photographs of very different sorts:  reproductions of historic paintings and sculptures, iconic photojournalism images and also anonymous photos downloaded from the internet.  Some reconstructions look like memento shots from the running around of adolescents during a long recess break.  Others have better composed scenes.  Gravlejs takes the photos, blows them up and hangs them in the gallery as if they were not documentaries but rather independent images that are surrounded as such by their own inappropriate aura. 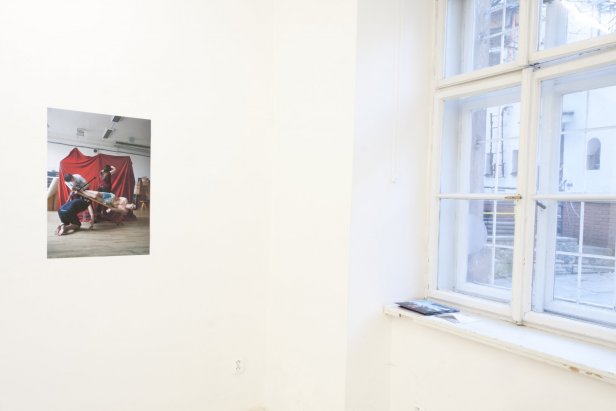 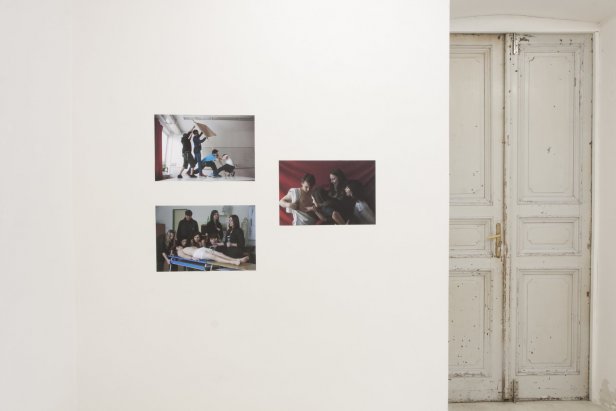 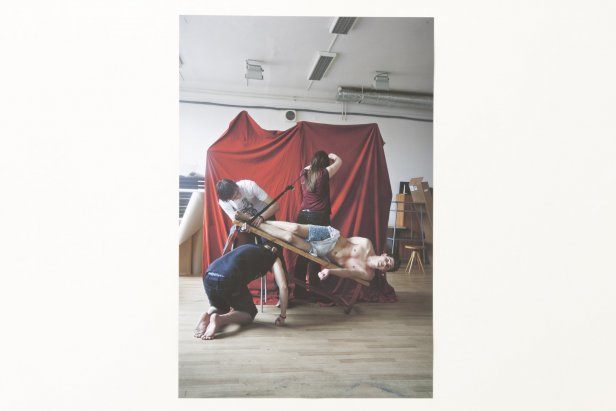 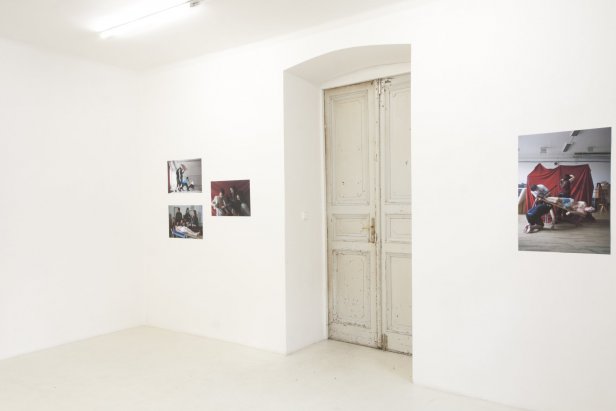 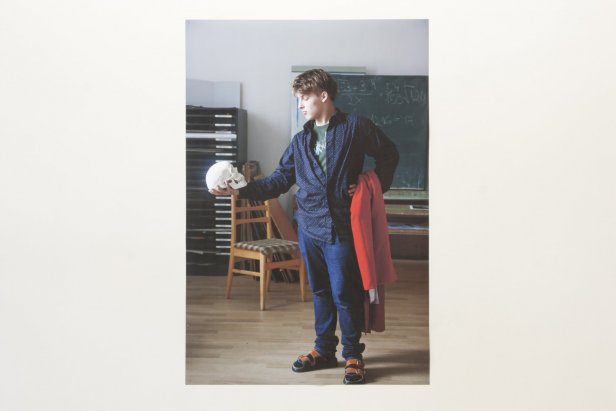 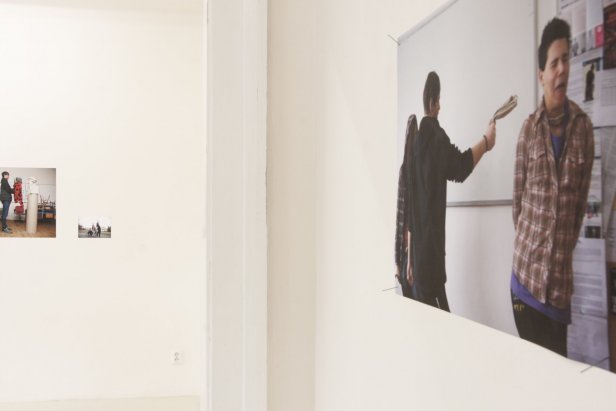 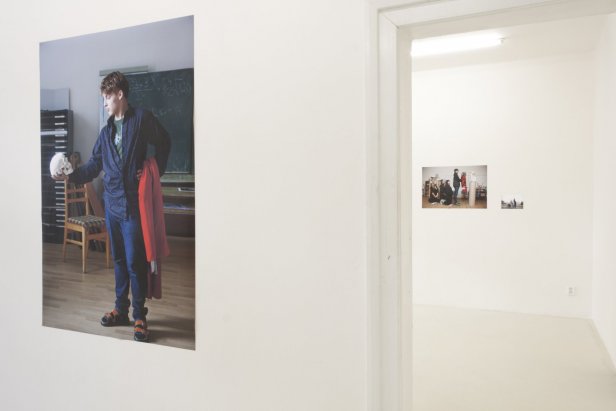 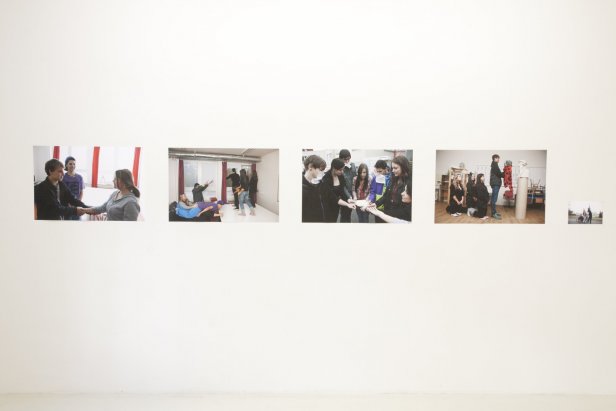 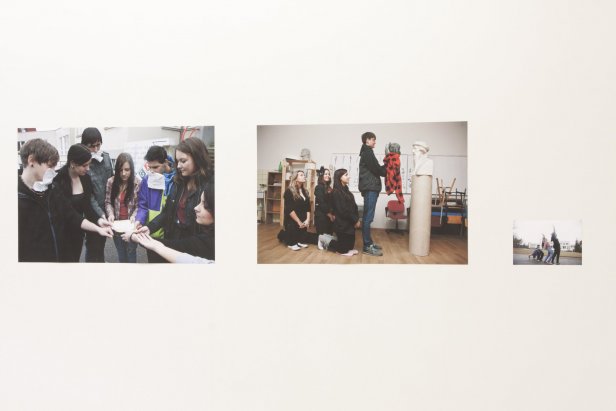 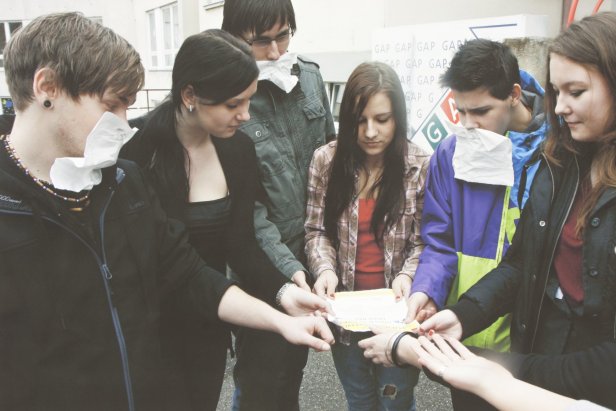 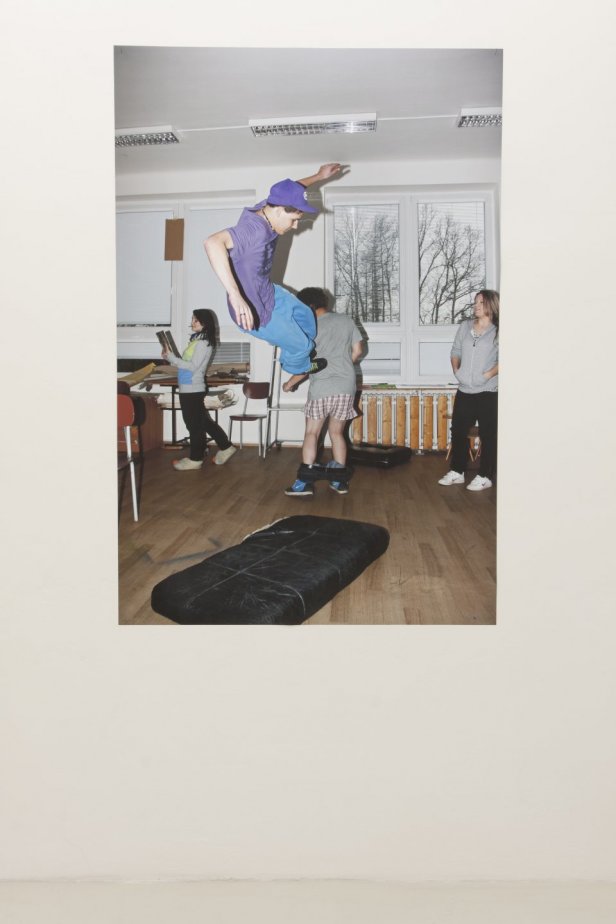