During his more than four-decade-long artistic career, Dušan Šimánek (*1948) has become an unforgettable personality in Czech photography. He works on his open-themed collections both freely and in a focused manner. This gives his work an integrity that he also allows viewers to understand, in his new works, that he has over the long term developed a stance or view that could have easily been defined some decades prior. In a historical context, Šimánek has contributed to the domestic visual culture by highlighting the sovereign creative qualities of the photographic medium. His sensual sensitivity and his ability to accent images’ colorist and structural characteristics have happily expressed themselves in his work.

In this sense, his extensive collection of works, Silence / Ticho (1978—1985) can be considered ground-breaking. Šimánek gathered the material for this collection during his visits to homes abandoned and formerly owned by Jewish families that had been targeted for destruction (and eventually this happened) so that apartment blocks could be built. He often made the visits together with his close artistic peer, Iren Stehli (*1953), or with another extraordinary photographer and colleague Jiří Poláček (1946—2016). It was during this time that Šimánek’s distinctive artistic program took shape. His encounters with the last reminders of human inhabitation, colorfully-painted walls of rooms, and the reverse fingerprints on used furniture in apartments: places where only that which could not be moved or stolen remained. Thus, Šimánek focused all his attention on the walls covered in ornaments from the designs on paint-rollers, the remnants of wall tiles or discovered scribbles made by kids. His Silence, progressively photographed (in Czech terms) on color slides, drew aesthetically on the idea of abstract geometry and found itself on the border between three-dimensional space and two-dimensional surfaces. The visual quality and the affective resonance of the compositions from color fields and ornamental patterns never denied, however, during this “flattening”, a dimension just short of an anthropological look at the sphere of human taste. The latter could be read from these last traces of the fading culture of this proletarian neighborhood. No matter how Silence tends to sometimes be presented as an illustrative example of Šimánek’s “painter’s” understanding of photography (due undoubtedly to the aesthetical priorities mentioned above), the social grounding of his work is also indisputable: mainly the artist’s non-ironic, or you could even say warm, personal views on expressions from this specific, period-defined area of pop culture. Šimánek later returned several times to his mundane ornament. For example, in his color photos of plastic tablecloths (2005), he built on his interest in combining geometric structures and floral motifs: this time, however, he did so with an accented awareness of its bordering on kitsch.

A partial excursion into the past can help in creating a relationship to his new photo collection, Herbarium / Herbář. In the latter, Šimánek focuses on natural imitations.  As part of his basic “analytical” plan, he approaches the subject of artificial plants as if it were an autonomous creative problem of color and grid. His means of developing photos shows signs of a sentimental bias that would seem to correspond to the beautifying role of floral decorations.

However, when he speaks of his collection, he mainly points out the state of a certain melancholy that the relationship to those substitutes evokes in him. He also mentions the repeat reading of “pop culture” in their unattractive, plebian, omnipresent and all the same common, yet overlooked, expressions.

Environmental melancholy, a spreading symptom of our collective psyche, could today lead the photographer to look under a microscope in scientific labs where, in the name of humanity’s future, experiments are done on the level of genetic information from the organic world. It is possible that he could, in this way, adequately describe processes that, with great likelihood, will radically influence the future of human civilization and the planetary biotope. Similarly, he could take photos in fields where the tops of agricultural crops are dusted en masse with protective chemicals: even though (as part of “collateral damage”) the land, and together with it all things living that do not have a positive impact on growth of agricultural production, is destroyed. This would apparently not, however, correspond with Šimánek’s personal convictions nor his artistic program which had always guided (viewers) toward a private space and an intimate relationship. The gentle drawings of stalks and flower petals or the color tones in the backgrounds of his photos indicate that this could not be otherwise: not even in the case of his herbarium. Plastic flowers, whose traditional fate is to decorate spaces where there is no time or willingness to care for their organic ancestors, have been exalted by Šimánek to the level of building blocks for elegant objects. The individual pieces of these puzzles are used as elements for constructing image grids. Likewise, the larger-than-life size of the blown-up images raises, “exaggerates”, and inserts in the photographs a celebratory pathos, yet one still based on civil life. Indeed, face to face with these extraordinarily cared-for objects, one can recall that non-ironic approach (stance) toward the most mundane realities that appeared in the Silence collection. Meanwhile, Herbarium evokes uncertainty: you wonder whether this time Šimánek chose a reverse aesthetic strategy wherein the gradation of charm and appeal serves as an intentionally placed obstacle that complicates the gradual revelation of the shortcomings of this approach. It is as if, here, all that emphasis on beauty is not because of the photographed imitations, but rather due to the non-present (missing) originals. It is as if this could lead us to sense that the images are hiding something generally “un-pretty” or terrifying.

The text by Pavel Vančát on Šimánek´s “Silence” series, published in Fotograf Magazine #18 “80´”. 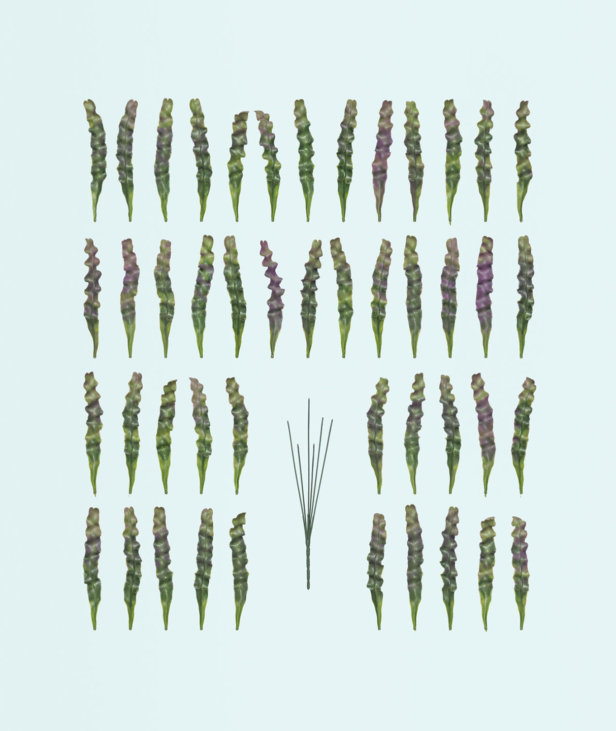 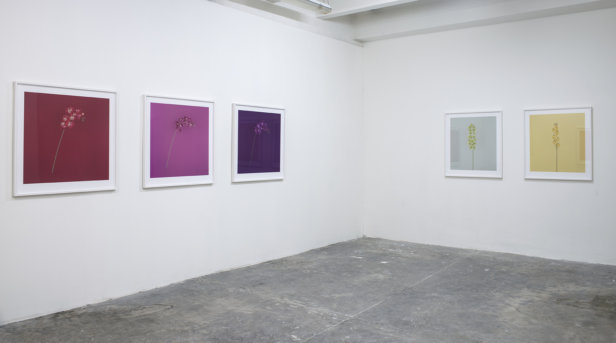 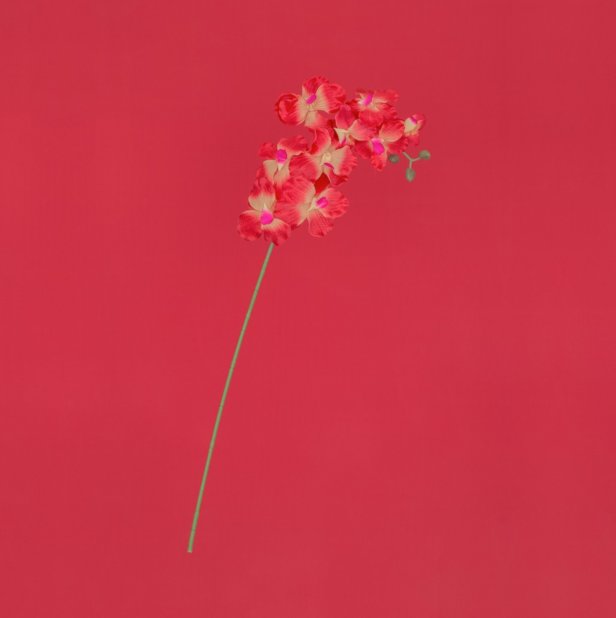 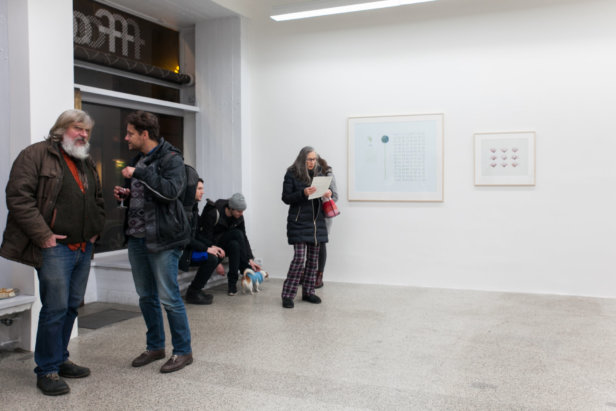 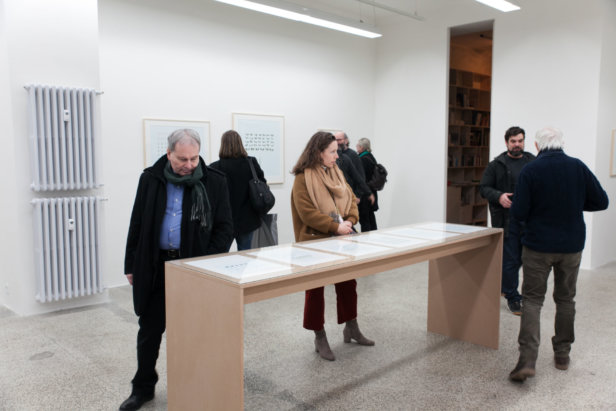 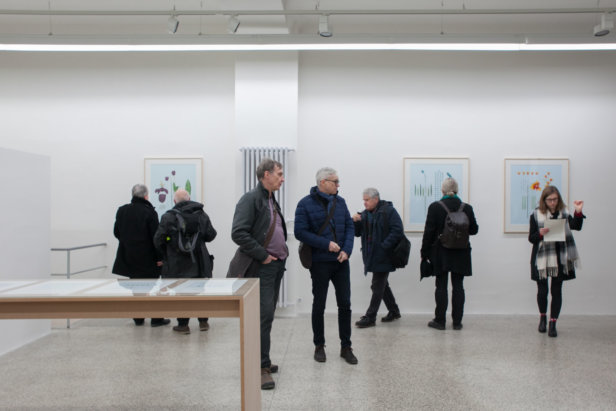 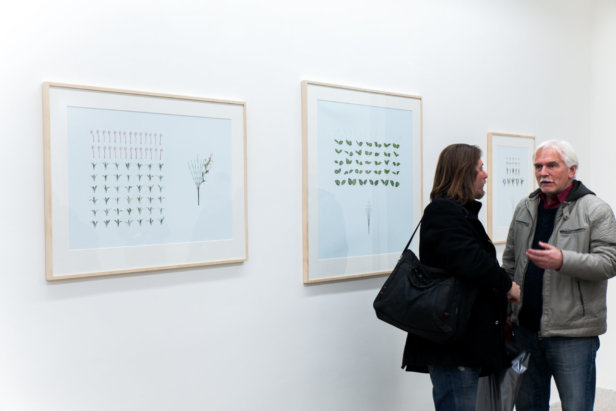 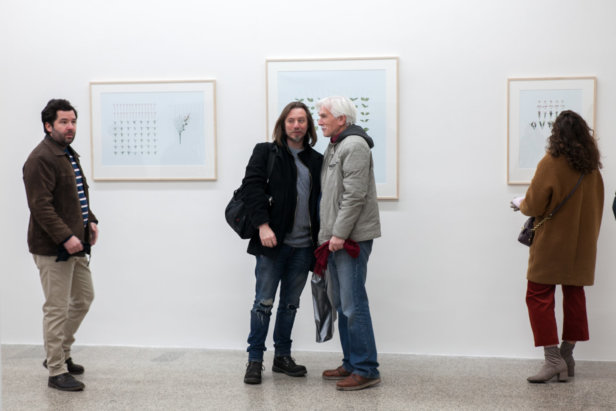 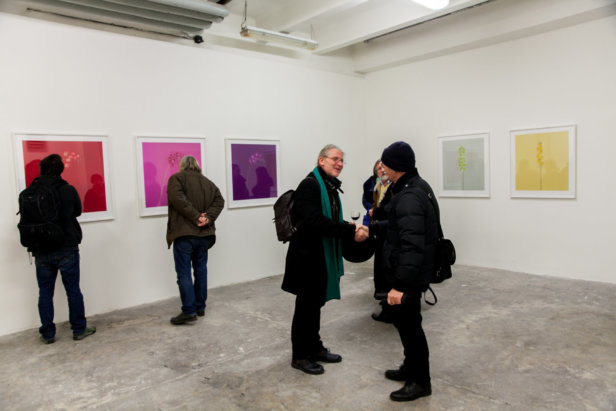 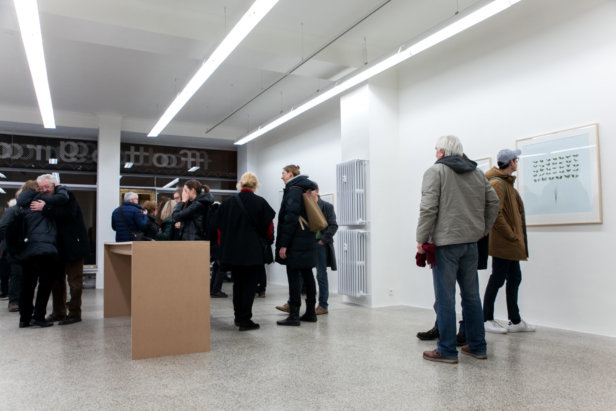 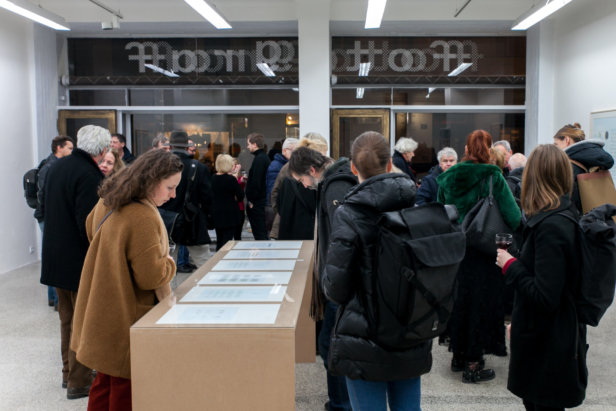 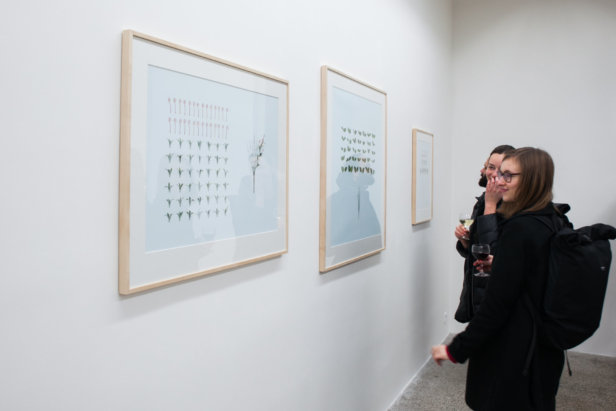 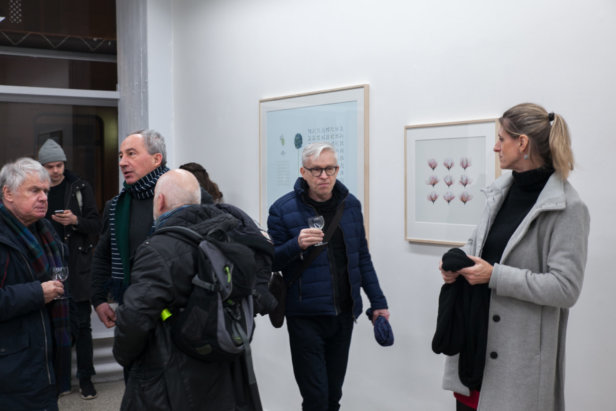 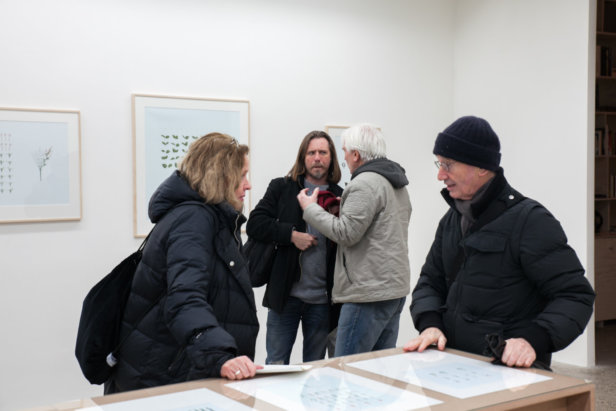 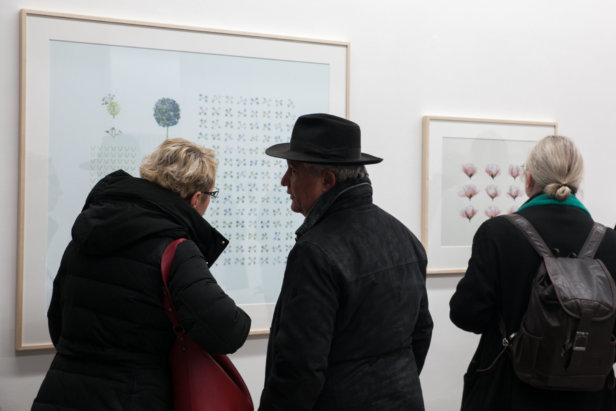 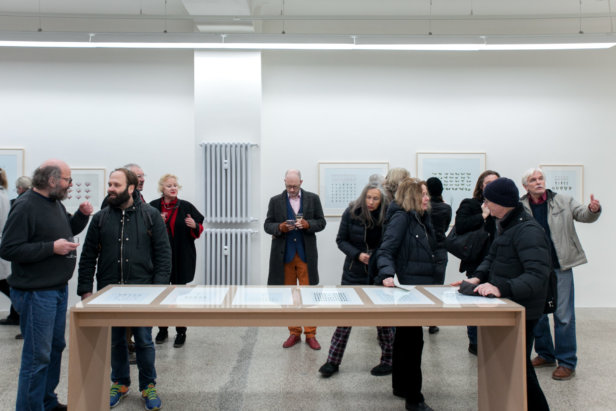 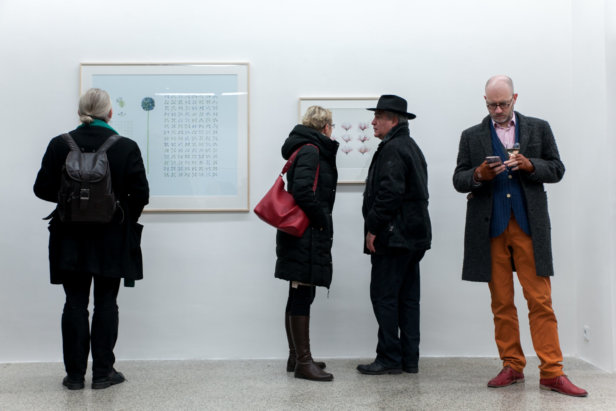 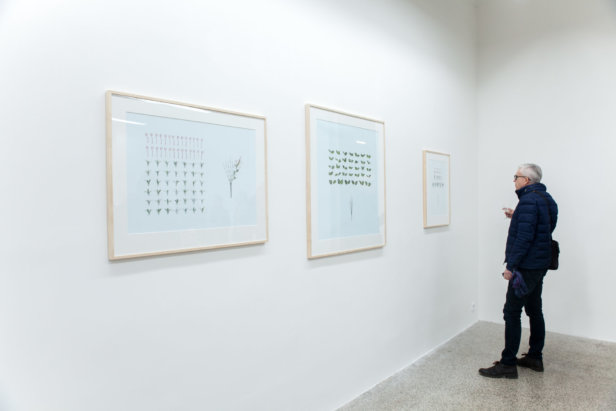 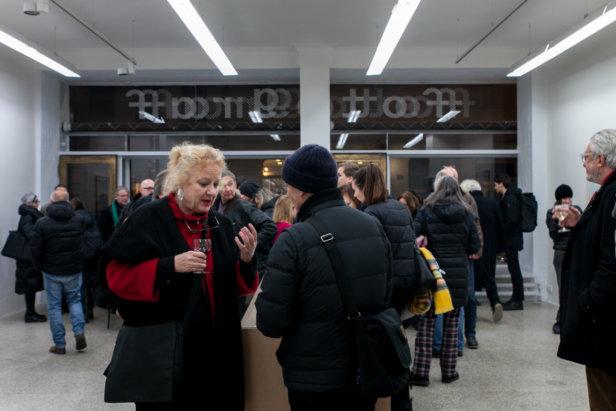 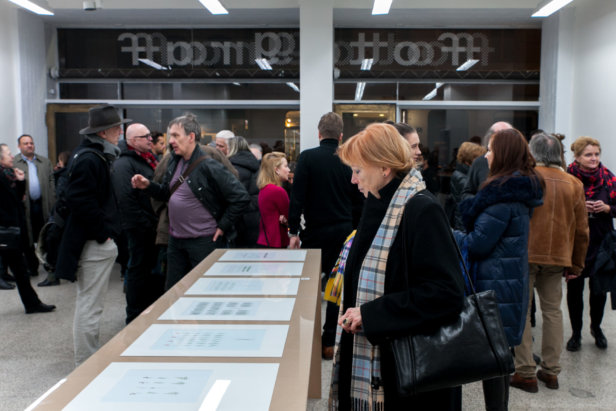 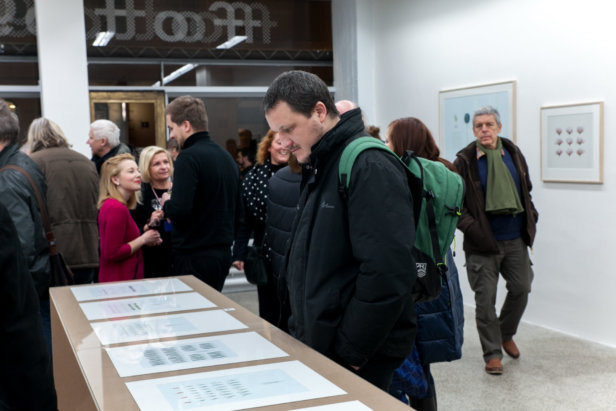 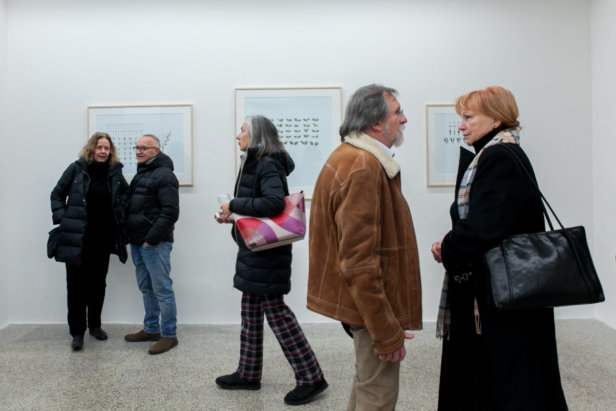 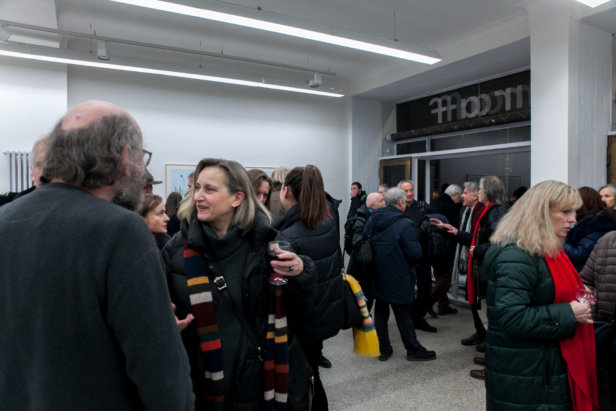 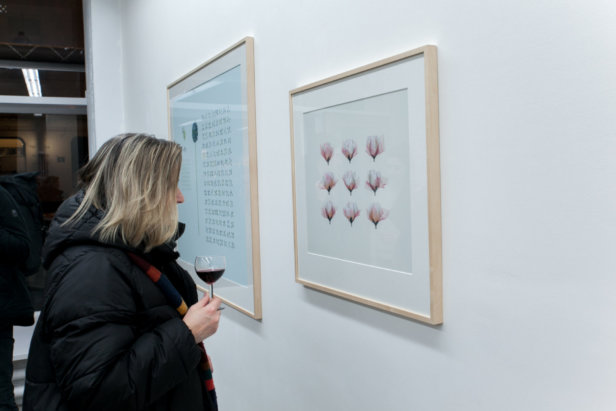 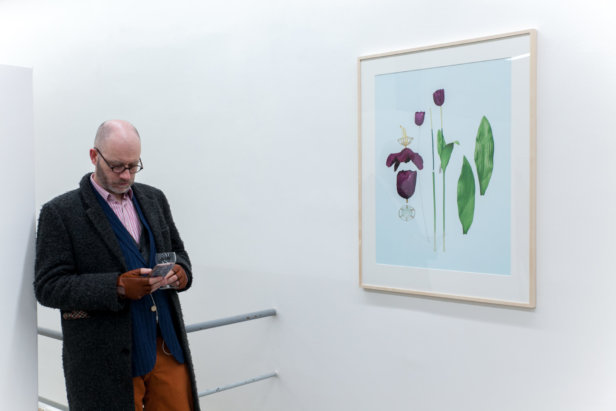 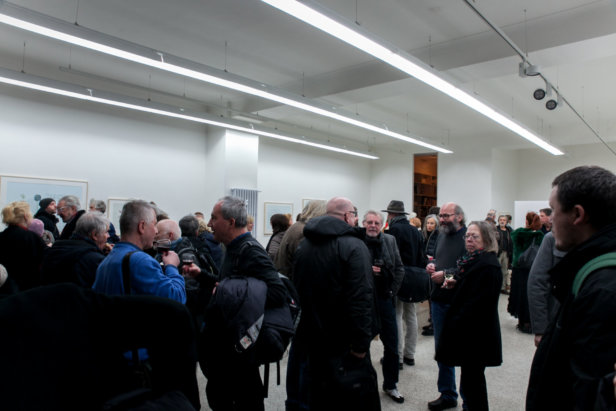 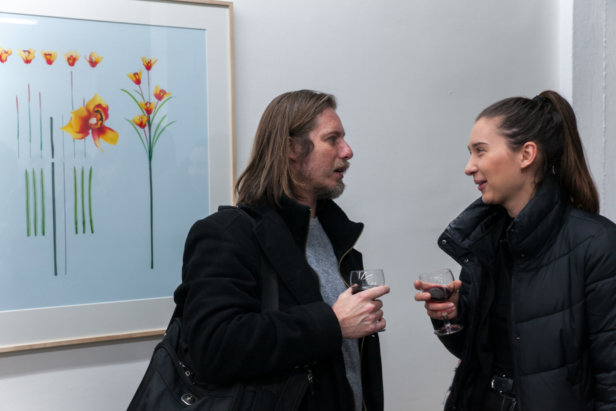 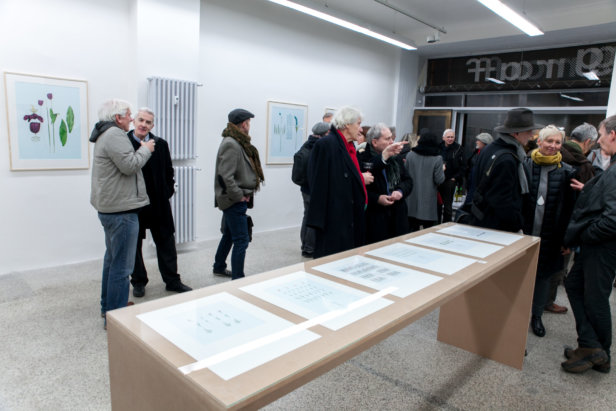 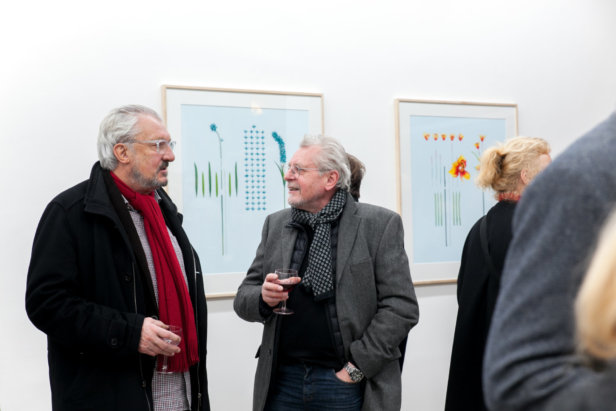