Desert Island with 15,000 Inhabitants is a visual-movement performance connected with listening to music and reading from maps and fictional chronicles of Desert Island. It will take place at the Fotograf Gallery twice on the performance day, from 4pm and 8pm.

The island as a mental space.
The work’s authors organize a meeting on a Deserted Island. The island is part of the mainland; smaller than a continent and large than a rock, it rises from the water. Desert(ed) can mean: uninhabited, monotonous, gloomy, dreary, boring. Together with the audience, we would like imagine that we are living on this Island – an independent, isolated ecosystem guided by its own particular rules.
The goal of A Deserted Island with 15.000 Inhabitants is to create the ideal conditions for visitors to the island to meet its inhabitants. The performance consists of a fashion show by the island’s inhabitants, accompanied by a reading of the island’s fictional chronicle and original music compositions whose titles represent the chronicle’s various chapters. The goal of this project is to find the different conditions under which this meeting – a meeting that treads the line between performance, fashion show, and exhibition – can take place.

ini The Desert Island takes the form of a fashion show, the parameters of which are subject to questions relating to the transience of a fast sequence of images, the evaluation of visual quality taken out of context, the separation of models and grasping the mental space of Desert Island as a conceptual collection. The inhabitants of the Desert Island can never meet because of desolate status.

The project was supported by the Department of Alternative and Puppet Theater DAMU and the INI Project platform. 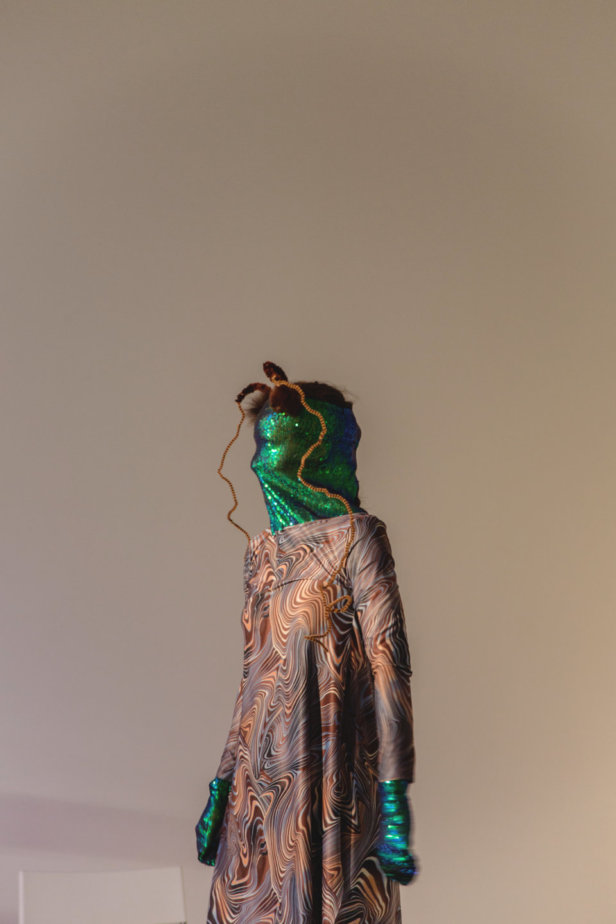