A selection of the works by Běla Kolářová could be presented in a variety of ways. However, that exhibited in the Fotograf Gallery has been predefined – it represents an exceptionally coherent, high-quality, and, in the case of some works, revealing, private collection, focused almost entirely on that part of the artist’s early works in the field of photographic experimentation. Kolářová expanded her experimental work with the Artificial Negative in 1961, when she internally experienced the collapse of traditional media forms. Her husband, Jiří Kolář, faced a similar situation at the same time. At the start of the 1960s, this also included the leitmotif of Western culture, where, for a certain period of time, a mistrust in visual value was moving in the direction of the complete negation of material artworks. Kolářová’s experiments with imprints of banality is associated with the long-standing Dadaist discovery of waste materials and the commonplace. However, whilst the Dadaists strove to exclude intention of choice and aesthetic aspects from their works, Běla Kolářová made entirely deliberate selections. She put together what can be termed an “atlas of tracks” focused on the surroundings closest and best-known to her and bursting with allegories and metaphors. If the Artificial Negative is a transparent imprint of her observant perception; the positive then converts this subtle imprint into an expressive graphical symbol. The artist steps away from the story, from grand themes, and her reality is sufficiently real for her to be included in the Neo-Dadaist movement that was starting at the time – amongst the French Nouveaux Réalistes. Without in any way believing that she wanted to use this method to fight against the compromised reality of official ideological doctrine, her detailed manipulation of objects, the experience of touch, did actually stand in direct opposition to untruth. It is a declaration of genuine reality, in which, however, the experience of closeness also attains a spiritual dimension – much like that in the slightly order photographs of Josef Sudek, who was a friend of the Kolář family.

The sense of touch also plays a role in her series Roentgenograms of a Circle made in the following year, in 1962, where she once again was inspired by Dadaism. Marcel Duchamp’s graphical Rotoreliefs from the 1920s did not fully exist until they were placed in motion. Using the principles of optical illusion, he created the impression of tridimensionality, sometimes in the form of a bulging sphere, at other times as a deep funnel. Kolářová’s circular photograms came into being when in motion, but their purpose was to track a rotating line, the dynamics and diverse appearance of which were determined by the artist’s physical movement, and to capture this track on photographic paper. Therefore, whilst in Duchamp’s case the line continues to escape in pulsating metamorphoses, Běla Kolářová wants us to silently fall into her imaginary space and experience the intensity of the paused flickering of light, the record of which is quite close to a visual partiture.

Her undated duo of photographs, with the motif of a pillar entwined by a dynamically circling line, is significantly different from the contemplative nature of Roentgenograms of a Circle. With this difficult to decipher and, in a certain sense, symbolic Drawing Made with Light, the artist provided a hint of perhaps the most open, expressive flow of her imagination, which she otherwise strictly controlled and confronted with her essential need for orderliness. 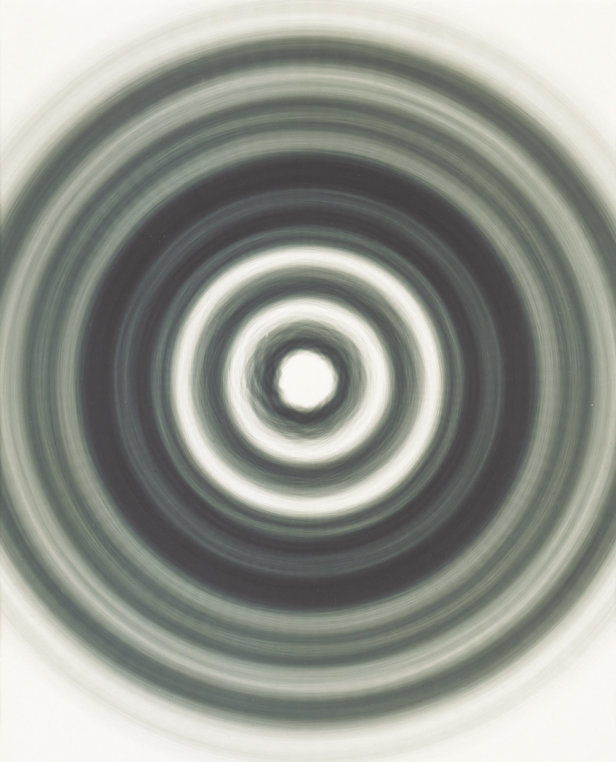 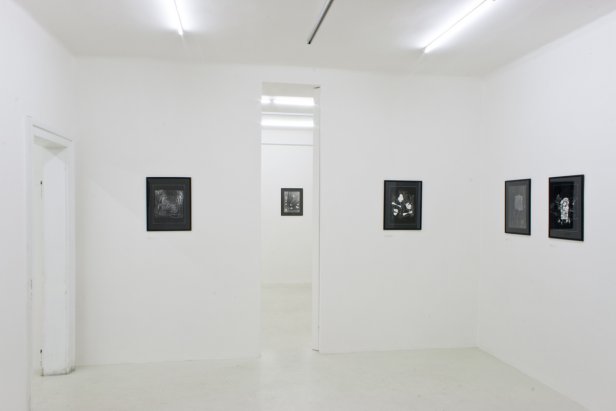 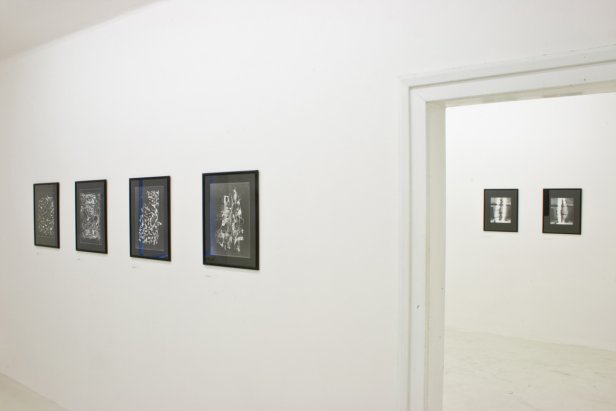 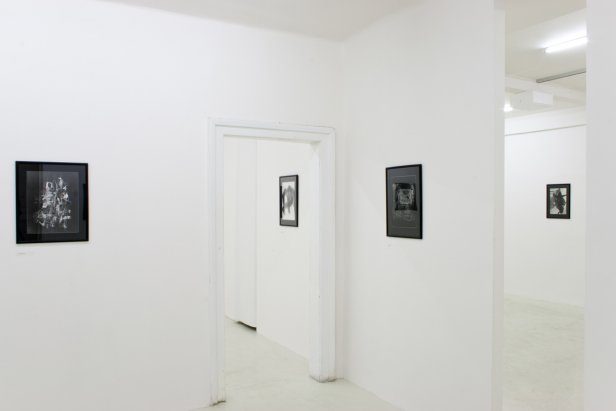 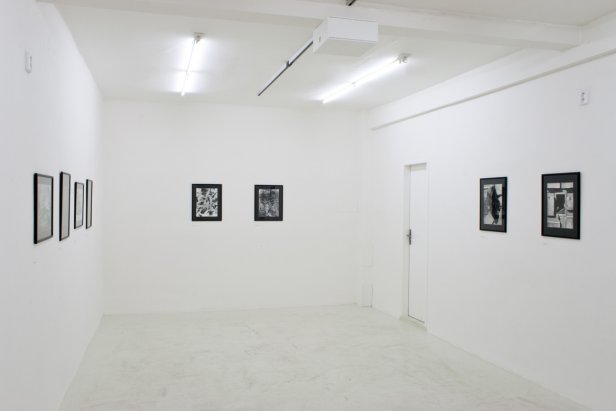 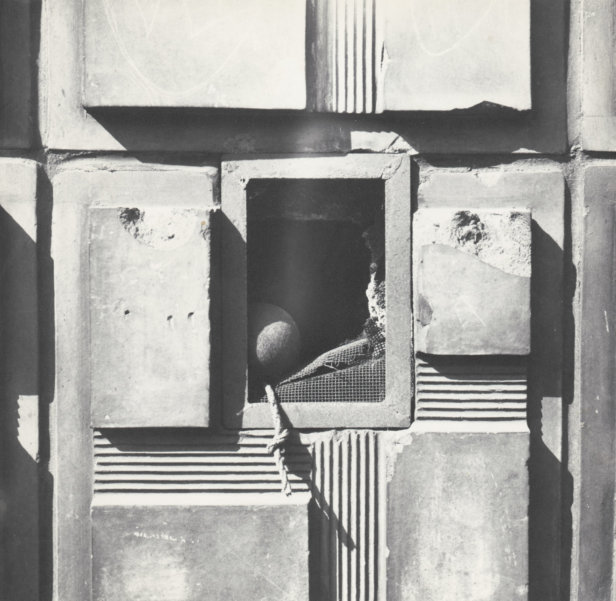 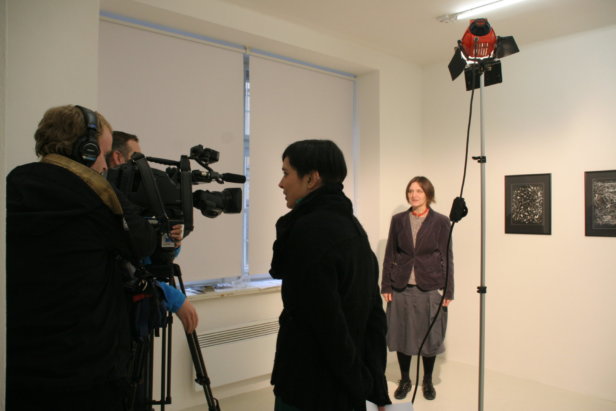 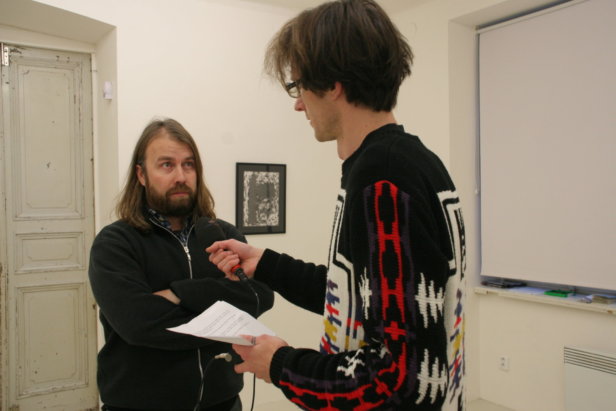 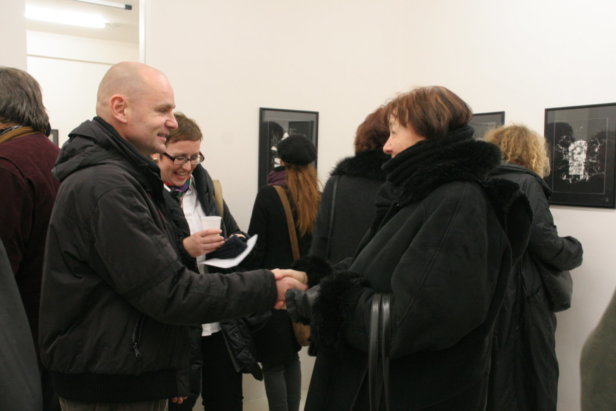 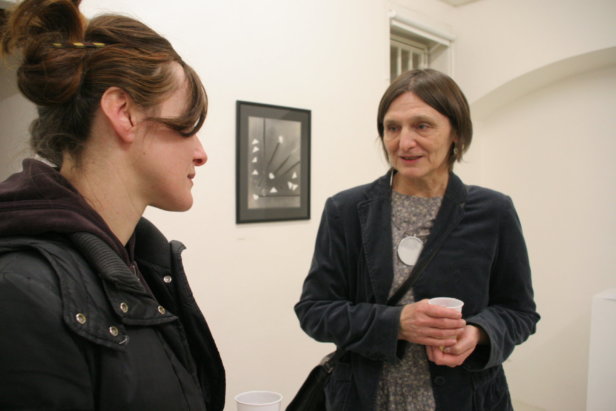 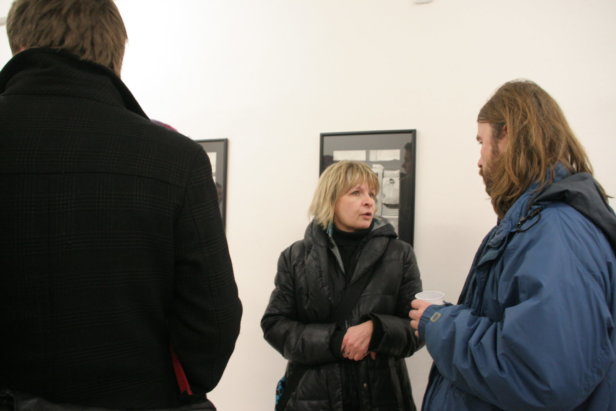 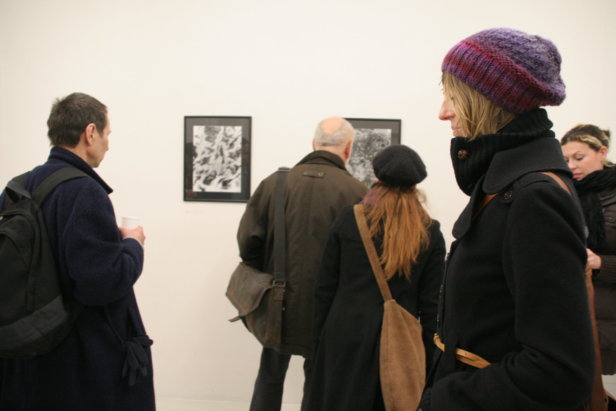 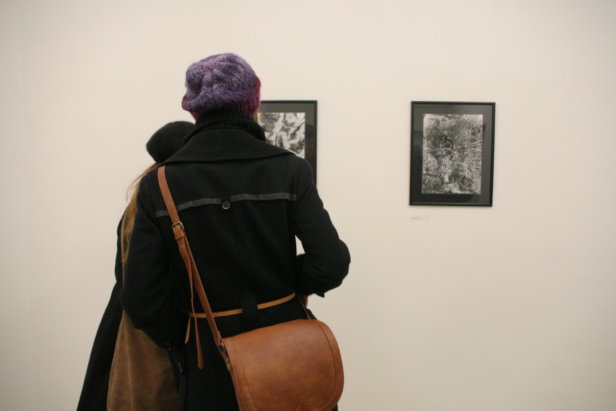 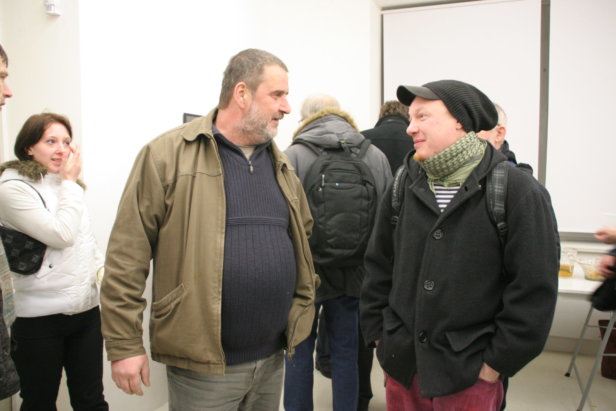 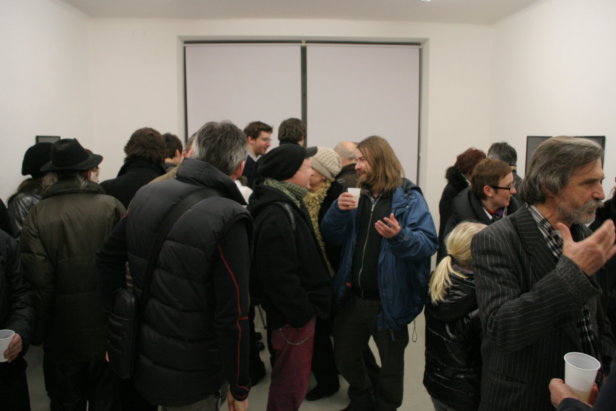 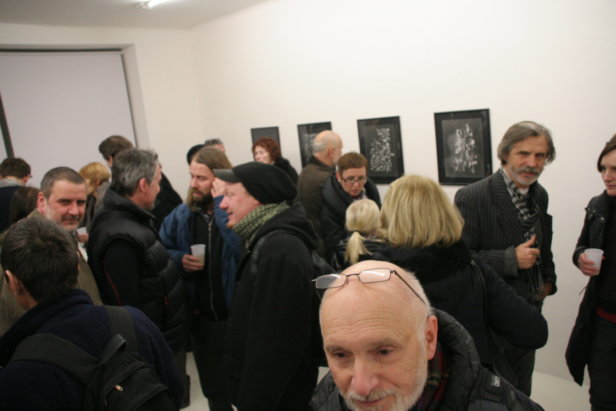 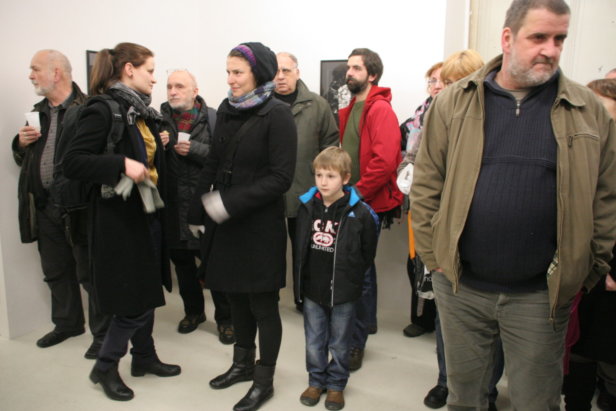 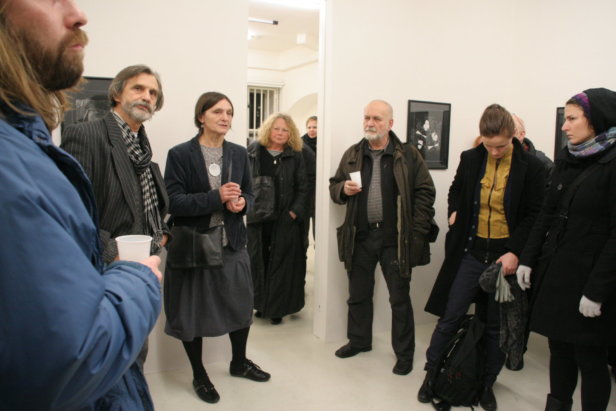 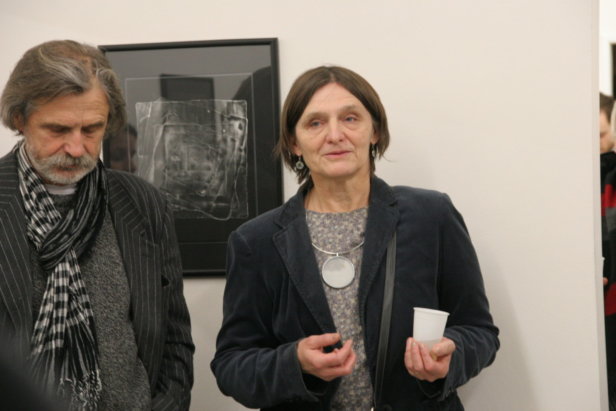