1. The human eye has a limited ability to distinguish things. It can recognise two points only if their angular distance is greater than roughly one angular minute. If the two points are closer, they turn into one. The term, Circle of Confusion, is used to describe this fact. Barbora Kleinhamplová exhibited a billboard at Fotograf Gallery that we are supposed to, but cannot, observe from 29 metres away. Besides the fact that we are effectively unable to perceive the presented photograph without being overwhelmed by a mass of pixels, a photo shown in this way is a more general metaphor for our inability to distinguish.

2. Man can drown in a drop of water and in debt.

3. „The language we speak, our opinions, our ability to turn on the lights or flush the toilet, or even the way we express our opposition and protest against social conventions: we learned all this from others.” (from Barbora Kleinhamplová’s audio-recording) Are we thus indebted to them? And do others owe us? Barbora Kleinhamplová focuses on „debt“ as the concept or feeling of an individual’s obligation to society. She considers the case of murderess Olga Hepnarová to be a marginal expression of the conviction that society owes individuals. In the police report she notices one of Ms. Hepnarová’s comments – clarifying that she drove into a group of unknown people with a lorry truck, because she assumed they were debtors, who could not pay their debts. Her act was in fact a monstrous instance of debt collection (repossession).

4. Shaking hands. An ancient gesture (originally meant to show that we are not hiding a weapon in our right hand) that is a basic ritual for promising trust. Shaking hands to seal a contract. Grasping the hand of another person forms a commitment. I didn’t kill you yesterday; I won’t kill you tomorrow. I did not rob you blind today, I won’t rob you blind tomorrow. We have agreed. Human society remains intact thanks to a chain of hand-shaking. Protest against societal conventions disconnects its links. It makes space for new solutions and destruction.

5. In her latest work Barbora Kleinhamplová follows the existence of economic and legal principles in the symbolic space of the individual and collective conscience and their expression in human thinking and behaviour.

6. „Olga Hepnarová (30 June 1951 in Prague – 12 March in Prague) was a woman, who in 1973 borrowed a lorry truck and drove onto a sidewalk – at a tram stop – intending to kill as many people as possible. She went down in history as the last woman to be executed in Czechoslovakia.“ (Wikipedia)

7. Five years ago the authorial, artistic duo, Jiří Havlíček – Filip Cenek, also drew upon the case of Olga Hepnarová at their exhibition, Blackout, in the G99 Gallery at the House of Arts (Dům umění) in Brno. In fact they used the same police photo for their central animation. Although both works differ (Havlíček and Cenek addressed the „relationship between historical and personal memory“ /Palo Fabuš/ and Kleinhamplová underscores the relationship of abstract frameworks in the social contract and the consequences of refusing it), they are unintentionally connected by an aspect that likely relates to the artists‘ emphasis on visual messaging. The 30-minute animation in Blackout is composed of passages of missing data (the blue projection screen) and photos from the site of the tragedy that appear briefly. Barbora Kleinhamplová also works with absence. In her accompanying audio-recording she tends to describe details that the photos have not captured. All the same, it is impossible to view the whole from a suitable distance. The limited corridor of perception can be understood in this case as an analogy to the limits of understanding a specific act and its general context, which she tries to deductively trace on a path between economics, law, societal relationships and imagination. 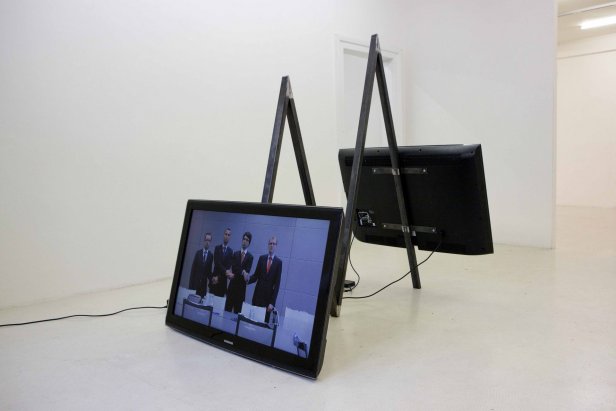 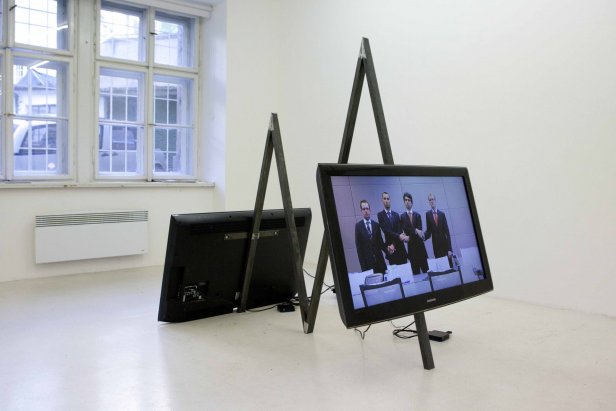 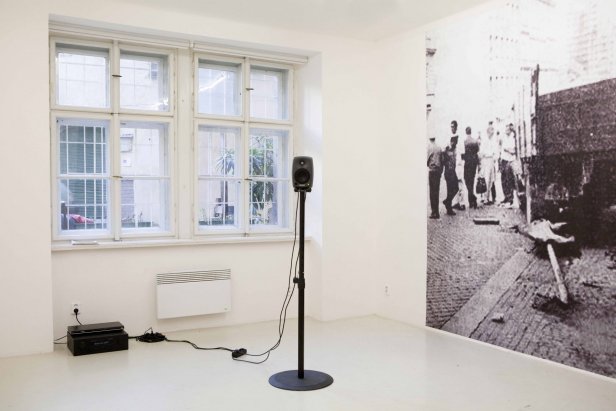 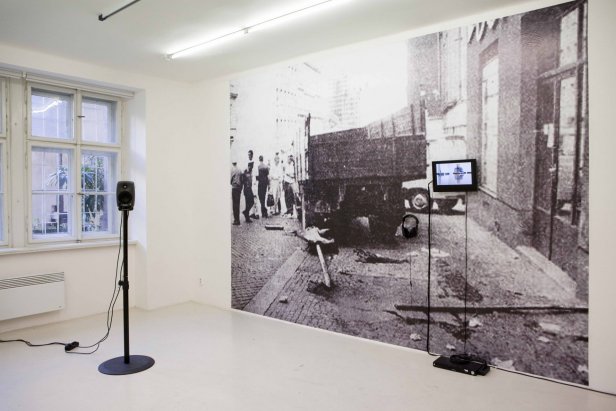 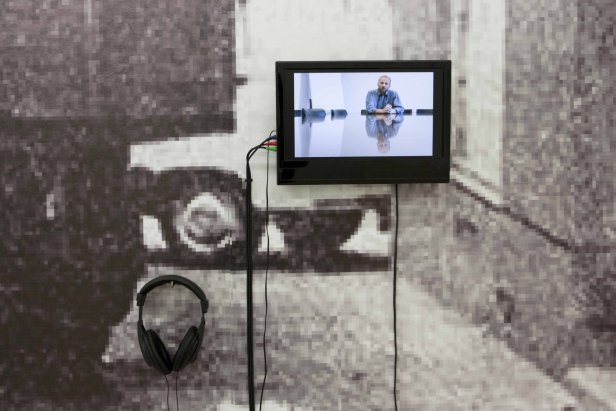 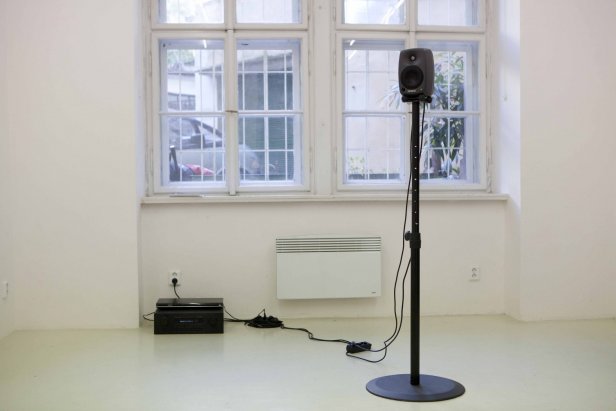