While still a student of the Department of Interactive Media at the Jan Evangelista Purkyně University in Ústí nad Labem, Antonin Jirát has found a clever way of dragging into the art field the more general questions associated with faith and religion, which are creeping into our current atheistic society and have not been completely eliminated by the long history of modernism and communism. He has stepped onto this thin ice, armed with seemingly innocent gestures borrowed from visual gags, dadaism and punk. His conclusions come so fast, that they seemingly inadvertently create a liberating counterpoint to what would otherwise be an overly serious topic.

The use of visual gags is by no means a simple affair – you either have to be a personality or you have to be gifted with an unbelievable sense of intuitive awareness. As far as Jirát is concerned, I am not sure which description fits better, but he does use visual gags, and I do not find him to be at all awkward, and, should anyone get the wrong idea, he is by far not absurd. The somewhat externally distractible nature of this social communicator and co-founder of the FOODLAB web portal makes any direct contradictions impossible. Nevertheless, he does use visual gags (or perhaps it is spontaneity) for his somewhat peculiar handling of fairly complex – some may even consider them to be phenomenological – issues associated with relationships between the real and the imaginary, illusion and reality, ultimately coming up with surprising, simple conclusions, but never spending too much time in finding a resolution.

Just randomly… Somewhere in his teaching Shri Siddharameshwar Maharaj explains: ‘Understand that this world is unreal. Not only that, it is false… We should abandon our desire for objects.’ Étienne Chambaud (Objets Rédimés, 2010) attempts to resolve this complex issue, although at a different level and through a ready-made fairly complicated illustration of the principle of redemption, which he uses to once again intentionally bring religious questions into art – through destroying many glass reproductions of common items, which fall from above onto the gallery floor, one new final object is created when their fragments are joined together. Antonín Jirát has a much quicker approach to things. In his work Readymade – Readymades (2010) he pushes a piano out of a window and it takes only about four seconds. The conclusion provides a similar illustrative implication of opposites: despair – hope, creation – destruction, a whole – fragments, dependence – domination, etc. and introduces the question of ‘What now?’ In his exhibition To Emphasise the Afterlife Means To Suppress Life Itself (Zdůrazňovat posmrtný život, znamená popírat sám život), he asserts that he wants to present ‘a critique of the transcendental violation of awareness. My experiences with non-reality thus move into reality’. Of course there could be endless elaborations, or severe doubts cast, or simply references to The Matrix.

Let us put aside the issue of the traceability of reality and take a look at the exhibition Power of Origin (Síla vzniku) that is currently in the preparatory stage. Circling around supernatural topics signals that areas that cannot be empirically understood are being pulled into art, not matter how the artist challenges, criticises or ironicises religion. One example is Jirát’s work Let’s Grant Them Miracles (Dopřejme jim zázraky, 2009), in which kinetic objects, objects from a children’s playground, such as a swing, serve as channels of interaction, they move independently, they exist in and of themselves, they are objects of wonder, and children could not care less about them. Or in his Wafer, Jesus (Hostie, Ježíš) from the same year, in which a kinetic object, reduced in size, captures the transformation of a fish into a pink(!) communion wafer and is installed in a church. This is the same perspective that uses a back door to return to the exhibition Power of Origin the creationist assumptions that have not been totally eradicated by a modernist civilisation, which the artist corrects by including an ancient example of the origins of civilisation in the form of a photograph of an ancient sculpted portrait. However, at the same time, actual creation itself is relativised by remaining limited to only a slight tilting of architecture by a hydraulic jack, which in the form of a drawn cartoon joke illustrates the general feeling of powerlessness. It could also express a feeling of natural surprise when one encounters something simple, a feeling of joy resulting from a deviation from a flat plane. However, in that case, this installation, which not by chance is reminiscent of the works of Erwin Wurm, could not include the aforementioned antique bust and the exhibition would have to be named Power of Tradition.

It is actually surprising how many times this gallery, whose name is associated with the technology of photography, has exhibited photographs and objects side by side in an entirely non-systematic way. 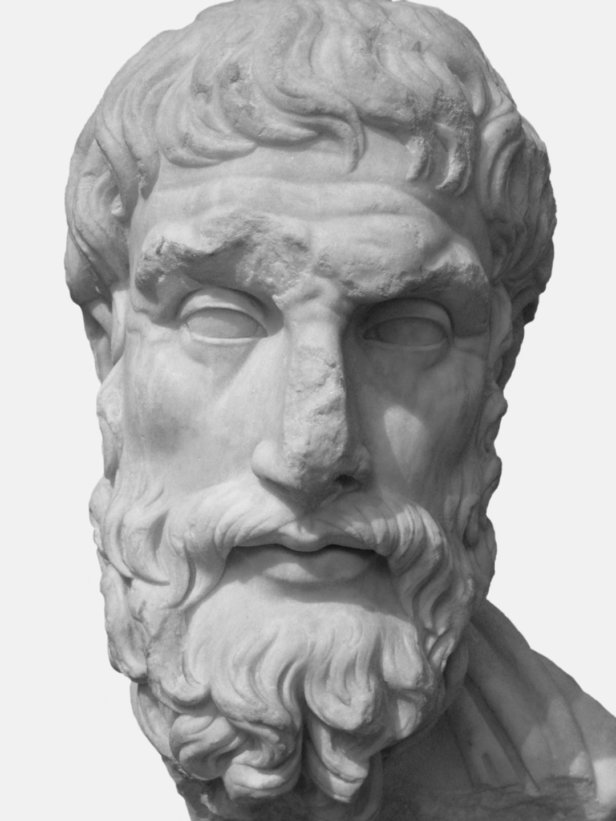 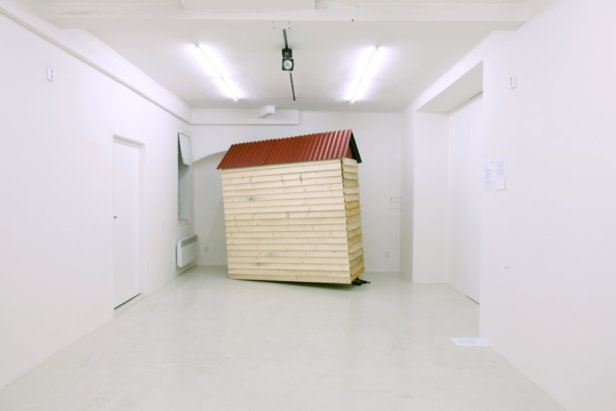 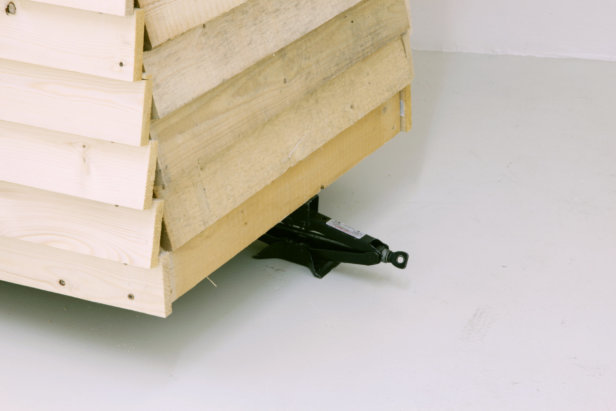 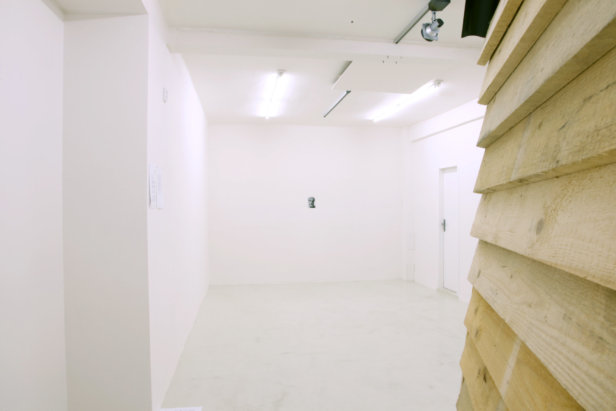