After last year’s QUARTZ exhibition at the 1. patro Gallery, the Silicones exhibition at Prague’s Fotograf Gallery is the second instalment of a three-part exhibition series by photographer Alena Kotzmannová, this time including not only photographs, but also videos and drawings. She extends the “crystal” poetics of the previous exhibition, focusing on the relationships between minerals and human industry.

Since her first solo show at the end of the 1990s, Alena Kotzmannová (*1974) has demonstrated that while she understands photography as the centre-point of her work, it is not a fixed border that cannot be crossed. She often supplements presentations of her work with videos or objects diversely connected to the photographic core of the exhibitions. In the Fotograf Gallery, she fulfilled this freedom of hers completely: in addition to black-and-white photographs whose details were drawn out with fine, colourful sands, she also chose to exhibit a series of drawings, a video, and a direct intervention into the “body” of the gallery. These four approaches correspond to the four trajectories along which the theme of the exhibition orbits (although perhaps the plural, themes, would be more precise, along with the notion of the exhibition as a path to their convergence).

If we consider Kotzmannová’s work from a broader perspective, we cannot miss how many rocks she has photographed over the years. They formed part of cliffs, earthly or (quasi) extraterrestrial plains, museum exhibits, and other formations. For the artist, a long-standing interest in minerals and rocks in various forms and contexts seems to serve as a starting point from which to approach various issues that bring together references to Romanticism and science fiction, dystopias, or a more subtle sense of danger in the middle of the chewed-up landscape of the Anthropocene. She always made use of what she does best: contesting the precise borders between the real and the fictional (or rather resisting a “realistic perspective”), the past and the future, the recorded and the imagined. Last year’s exhibition at 1. patro Gallery was her most thoroughly rock-inspired work to date. Soon after that, however, she made use of rocks once again, at a small exhibition, Oumuamua, in the Archa exhibition space in the village of Lubná, near Polička. There, she related a series of documentary, almost evidence-like photographs of rocks to a recent event: the discovery of the first interplanetary body to enter and then leave the solar system. In astronomical circles, the discovery elicited not only interest and excitement, but, given the partially unexplained behaviour of this four-hundred-metre “visitor from the past”, also a number of speculations and theories both scientific and non-specialist.

Through the Silicones exhibition, Kotzmannová’s focus changes to a consideration of minerals and rocks as material; as the subject of production and market interests and processes. In this case, silicone, an inorganic-organic polymer of artificial origins, can be understood as a metaphor for the process of metamorphosis of natural materials through human intervention, conditioned by the continuation of civilisation at the level at which we know it today. The detail of the motorcycle on one of the images seems almost out of place in this context, until we realise that although it is a product of human industry, its chemical nature makes it more closely related to stone crystals than the rider.

The biggest surprise of the exhibition is probably the presentation of a collection of drawings in which the artist depicted selected rocks in an almost research-like manner. In the vicinity of images taken in museum exhibitions, they can even remind us of geological or archeological diagrams and drawings. All the more so since Kotzmannová chose to draw rock shapes which palaeolithic man used to make the very first tools. The motif of humanity’s transformative relation to the world around it thus gets another airing, and we could say that it also appears in the execution of the drawings, through which the artist also – metaphorically speaking – “shapes and appropriates the raw material” of her objects.

In a scratched-out drawing on the wall of the gallery, Kotzmannová allowed her tool to penetrate under the white coat of paint to a layer of paint with a sand additive. In searching for a motif, she chose the logos of large internet companies from Silicon Valley, whose seemingly immaterial products depend directly on the production of products that require large quantities of mineral resources and social capital. The scratched-out logos, however, seem to crystallise into an entirely new shape.

In the gallery’s basement, the exhibition concludes with a video, Horizontal Fall (2020). The camera calmly circles two rocks as we listen to agitated news reporting from the New York stock market during a short but steep fall in the value of shares of the companies whose logos we saw etched into the wall on the ground floor. This unprecedented panic, usually referred to as Flashcrash 2010, was brought about by the use of silicon – computer-generated algorithms responding to share prices in milliseconds, i.e. entirely outside the control of the brokers–people. The natural product, so indifferent to the desperate and unnerving hoarseness of the news reader, remains in its own temporality even as it is the subject and instrument of business, the source of human happiness and suffering, the giver and destroyer of our fates whom we have called upon us ourselves.

Between 1992 and 1998, Kotzmannová studied at the Academy of Art, Architecture and Design in Prague, first in the Studio of Conceptual and Intermedia Art with Adéla Matasová, and later in the newly established Photography Studio with Pavel Štecha. She was a finalist in the Jindřich Chalupecký Award in 2005 and 2009. She is currently among the leading Czech artists whose creative foundation lies in photography. She is represented by hunt kastner gallery in Prague. In addition to this gallery, which will also host the third part of her current exhibition series, she has recently shown her work at Brno’s Fait Gallery or Prague City Gallery. This is her second appearance at the Fotograf Gallery, though her first true solo show – her first exhibition here, eight years ago, was based on a photographic dialogue between her and visual artist David Böhm. In 2016, she also took part in the gallery’s international group exhibition Na pomezí samoty (Frontiers of Solitude).

We would like to thank hunt kastner gallery in Prague for their cooperation on this exhibition. 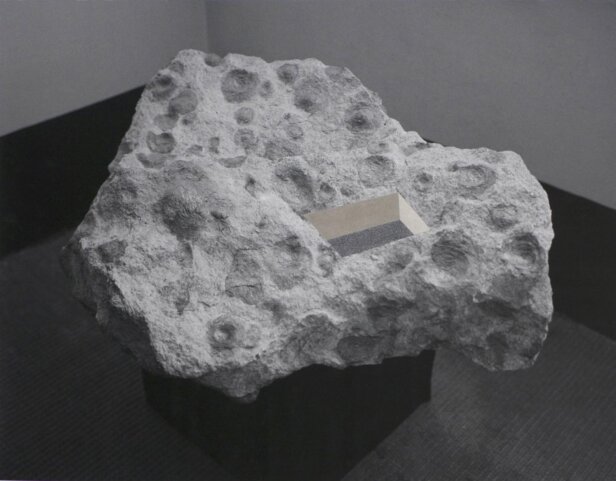