For Václav Stratil, photography studios are not just places where he has been able to create his effigies for more than a quarter century. These are likenesses in which he uses his face as raw material for his work with expression and meaning. He also draws from given parameters and tested conventions in the types of photographic images created here and makes them into one layer of his preliminary research. At the exhibition, I´m sitting, he presents several series of new passport photographs: “self-portraits” created during the past two years. In these images, he indeed reaches one of the limits of photographic imaging, in the sense described above, so that he can once again discover the autonomous image after exceeding said limit. He also presents his series, Couples, which he decided to build upon after a more than ten-year hiatus.

t’s not by chance that we associate subversion with Václav Stratil; something that upon a closer look turns out to be rather warm cunningness and a challenge to communicate. In this regard, not even the exhibition I’m sitting diverges, where the viewer has to decide whether they will take the presented material as a whole or accept the challenge for heightened attentiveness and sensitiveness. Its core consists of 3-4 collections of new images in a passport photo format. The uncertainty in the listed number of series stems from the criteria that we tend to assign them during their categorization. One option is to separate the collections based on motif. The other would relate to their gradual maturing and production process. In any case, it shouldn’t be any easier than it has to be. In I´m sitting, Stratil mixed everything up like cards and almost perfectly erased the dividing line between the collections.

It’s not by chance that the erasing of these boundaries goes hand in hand with the “erasing” of his own form from the portrait format in the photographs. We can feel or sense the apt covering of faces by a napkin or a coat in front of a color-identical studio backdrop as the denial of something; something that we are not only used to, but that we make a demand for in an ID photo. This is a demand for a face from which we immediately evaluate data on personal features, emotional composition or a person’s social status. In other words, a demand for an appearance that, by the way, has already so many times been Stratil’s motivation for photo-performance. In combination with the collection Background, where the photographed person is completely missing, we can contemplate, however, whether he is not trying to do something else. If he said during the preparations that he would be happy, were (viewers) to approach the new passport photos as images, he was thinking mainly about their aesthetic quality, crowded onto a surface of 45 x 35 mm – on the intimation of figures in the image space, or of their absence, based on which the space completely disappears. The challenge that Stratil brings is to overcome potential dislike for observing such miniature expressions and transport oneself beyond that “denial of appearances”, so that we can grow into a liking from the contemplation of the image and the images’ relationships to one another – from similarity, difference, rhythm, serial qualities and its disruption, etc.

The contrast in the continuation of the Couples series, whose first full set was created in 2002-2003, can also appear to be ephemeral in such circumstances. Of course, once again Stratil photographs himself here with people who, generally speaking, “belong” with him. So in this he builds for the umpteenth time in his life a sort of special, personal entourage. The “friend concept” would be a mere counterpart at the exhibition, if it did not include, in addition to relationship perspectives and the research boundary between civility and stylizing, also emphasis on the relationship between the character and the background and color balance. You cannot overlook or deny the foreignness. You can also observe here connections between the new passport photos, provided we accept the challenge the Stratil puts before us.

At least we come to the narrative meaning of Stratil’s new work at the end. It is no longer a faux pas to speak about “later works” for an artist who is 66 years old. In fact, it is the theme of aging that speaks most noticeably from the photographic “self-portraits” of the past decade. A focus on the body, close-ups of the face, which he sometimes prefers not “to exhibit”, as that would be a sort of elegy for Stratil: stripping away already stripped features. Meanwhile, the encounters in certain shots of new Couples could also bear a title like “The Old Man and the Hipster”, “The Old Man and the Youngster” or “The Old Man and the Old Man.” Gestures of friendliness and the shared smiles of course bring joy to the photographs culminating in a comic and also hideous half-act with a two-generation-more-preserved accomplice. Age is shown here without retouching, but not with fear or angst. With the joy that you can also draw or learn from it; use it to entertain and provoke. 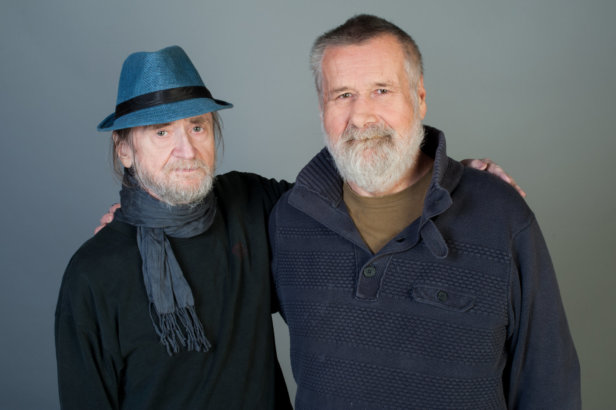 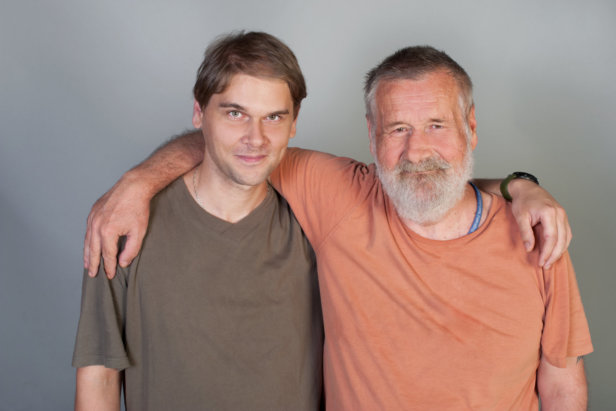 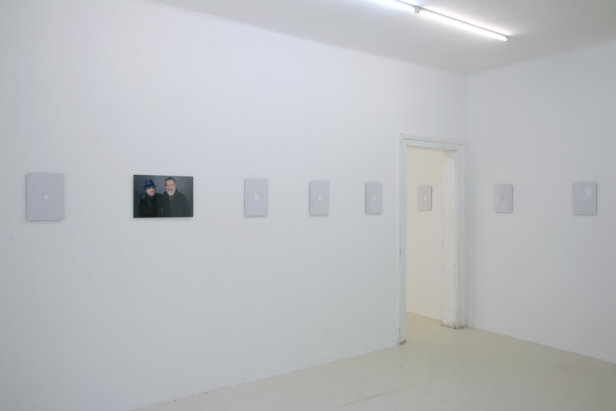 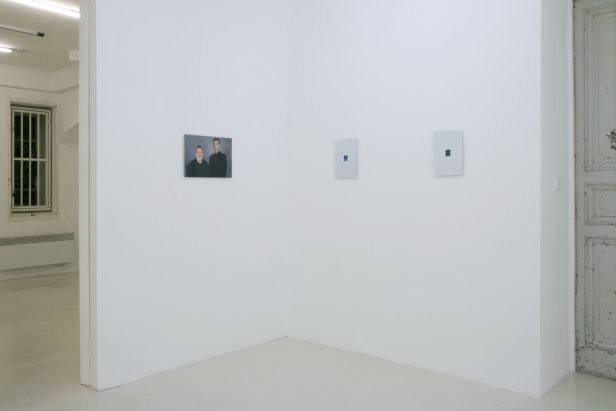 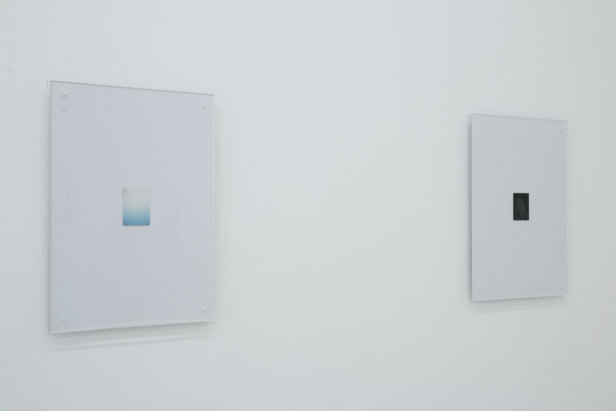 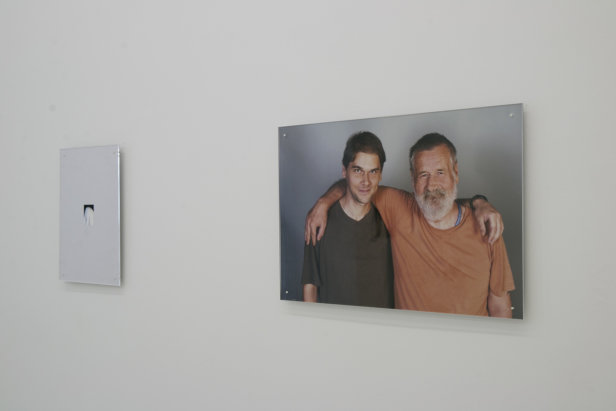 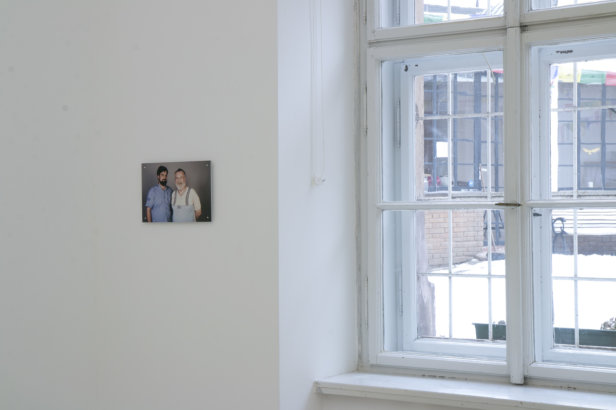 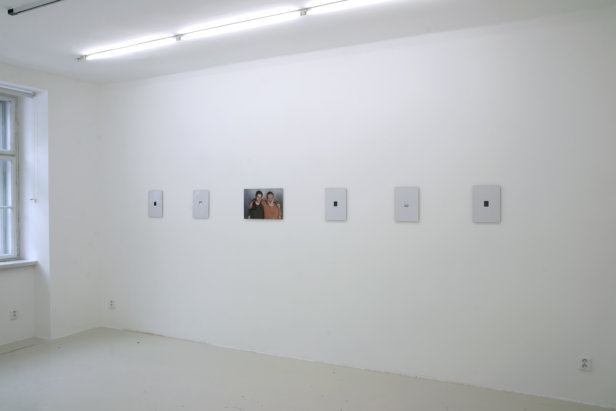 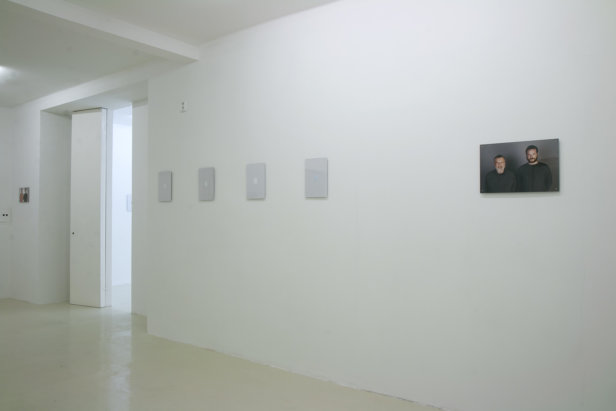 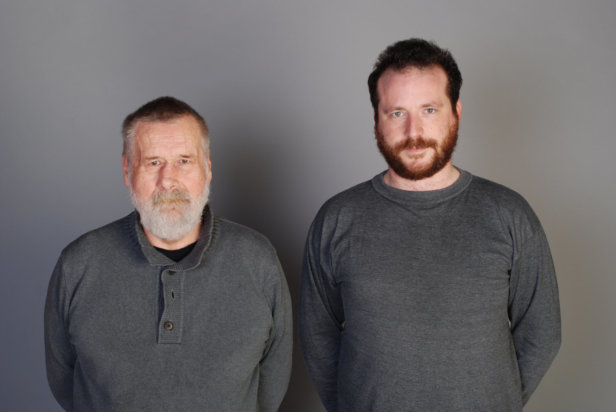