If we think about Václav Kopecký’s exhibition idealistically, then we can let ourselves be amazed by its pure state, where the image is born from zero input value and its output value also bears no material added value. It is the image of the gallery displayed on its own wall – the gallery itself becomes an object and exhibits itself. All this happens as if with no touch, as if on its own. I cannot help but think of magical practices, even though I should use this text to speak about the dead end of institutional critique. This is certainly partially supported by the fact that in some press materials for this exhibition I unwittingly confused the names of Václav Kopecký and Václav Hájek, who recently gave a lecture on spiritualist photography at the gallery. It is also entirely possible that the history of the camera obscura technology used for the work has imprinted itself on the present. In addition to its scientific purposes and serving as an artistic aid, this technology proved to be an entertaining magic box.

In order to avoid needlessly escalating the existing tension between any rational, precise input into the exhibition space and its romantic echo, I should like to return to the basic parameters. The lack of the use of photographic aids, that is to say specific attributes of a photographic work such as a camera and photographic paper, is an essential starting point for this artist. At least during that initial moment, he does not want to drag the photo through the decision-making process of which equipment to use, what the time settings and aperture should be, or what type of paper to select. He postpones these basic building blocks and replaces them in a relatively non-material manner by transferring an image of the basic requirement for exhibiting his work (the gallery space itself) to the image itself – using a camera obscura and a light-sensitive emulsion. Within this context it seems that it is more of a commentary on the institution of photography rather than on the institution of a gallery. In addition, as a result of this deconstruction process, photography exceeds the boundaries of a flat image and becomes an in situ medium.

However, we must not allow ourselves to be deluded by the ‘non-bodily nature’ of this type of process. The same resources remain, they are simply just larger and more rudimentary – a box measuring about two metres by two metres and a light-sensitive emulsion. The obligatory elements of the photographic post-production process remain — the developer, the interrupter, and the fixer – and they are introduced more in a ‘painting style’, which adds that romantic aura to what would otherwise be just a precise reproduction. Should we want to allegorically relate this (scientifically) accurate, but, at the same time, horizontally and vertically reversed image (negative), to today’s cultural policy situation, which is likewise just as illusionistic, there is nothing preventing us from doing so. On the other hand, there is nothing that explicitly requires this type of interpretation. The metaphorical treatment of the institution of photography and its exhibition, the political market, and the relationship between actual reality and the actual reality contained in a work are, however, not just a random subject to be found in Kopecký’s but rather the foundation on which they are built. 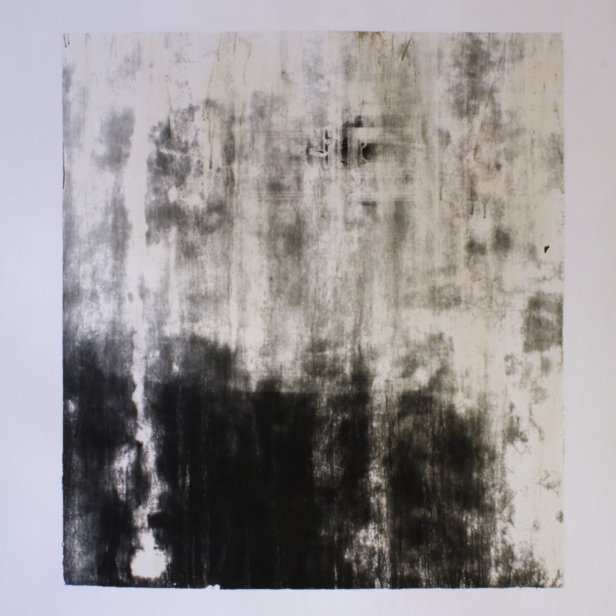 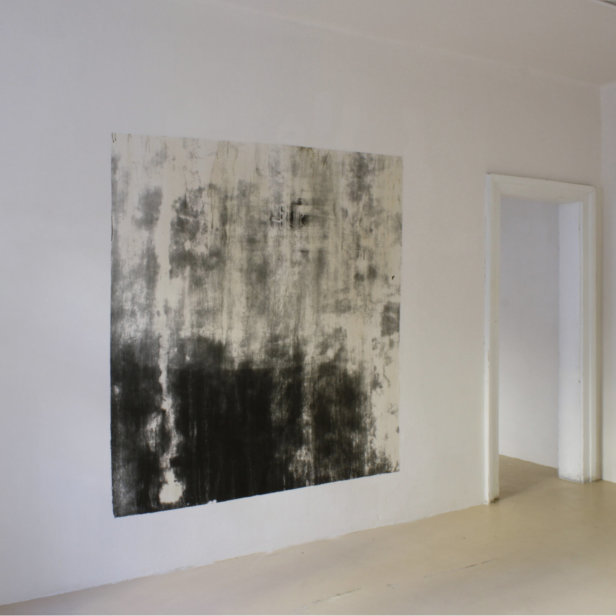 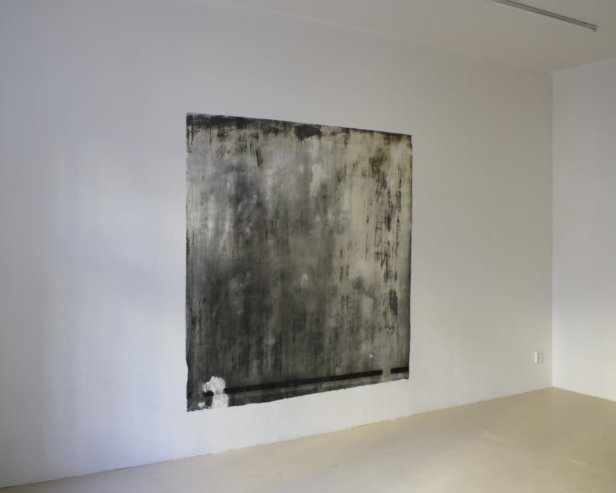 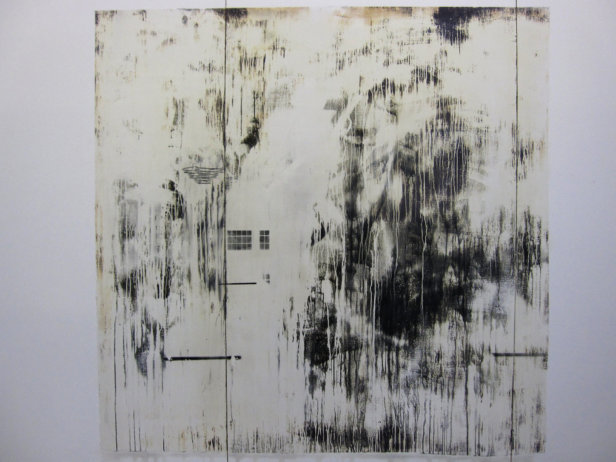