Nothing goes according to plan. The exhibition’s title, Náhradní měsíc / Spare Month, came about as part of efforts to fulfill a plan. An intercalary month is actually something similar to a leap year. The Ancient Roman (Julian) calendar was configured differently each year. It was ten days shorter than the tropical year, where there are four seasons and the sun reaches the same point, i.e. from summer solstice to summer solstice. It was also shorter than our current Gregorian calendar. In order for people to compensate for this gap, roughly once every two years they added a so-called Mercedonius – an intercalary month – to the calendar. So, thus, nothing goes according to plan.

This process could also be seen as a certain thought model. We try to defend the consequences of our errors and fight against them, so that at least something from our original intent remains. Any minor thing that a person does is influenced by external circumstances that interrupt its smooth flow. However, Tomáš Moravec is able to make use of these external circumstances and seek out their specific features. He adapts to the places where he works: be they gallery or non-gallery spaces. Architecture is motivation for Tomáš; he respects each place despite its shortcomings and seizes on its individuality that he later works with. In the case of his exhibition at the Fotograf Room, Tomáš acquiesced to a certain formal game and allowed himself to submit to pre-determined barriers that he had to respect. As he himself claims, barriers are a challenge and perhaps one day everything will go according to plan.

1. take into consideration the exhibition at the gallery (Kotzmannová and Böhm)

2. conceive the exhibition such that it does not disrupt the room’s utility (the hallways, etc.)

3. use at least one photograph

4. societal topics that he had never come across in a deeper sense in his contemplations

5. ban on use of electric tools when creating the exhibition 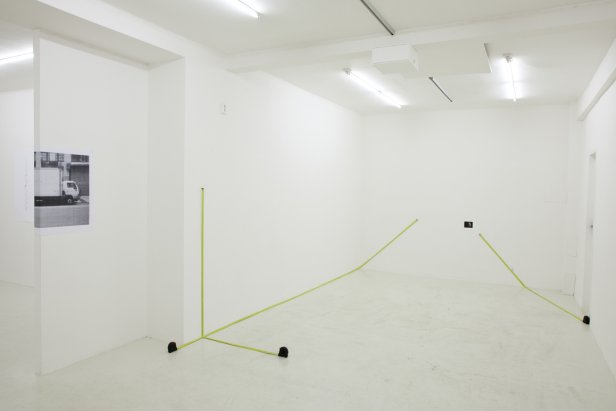 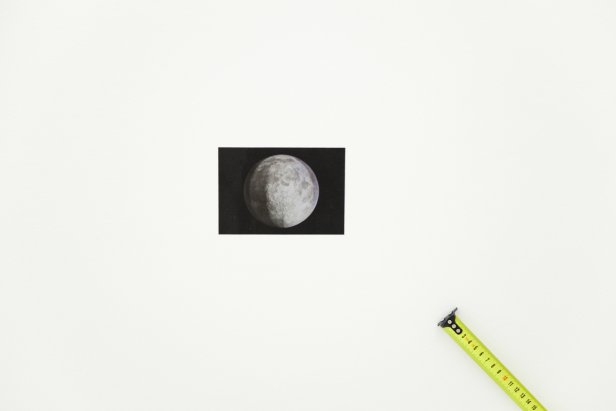 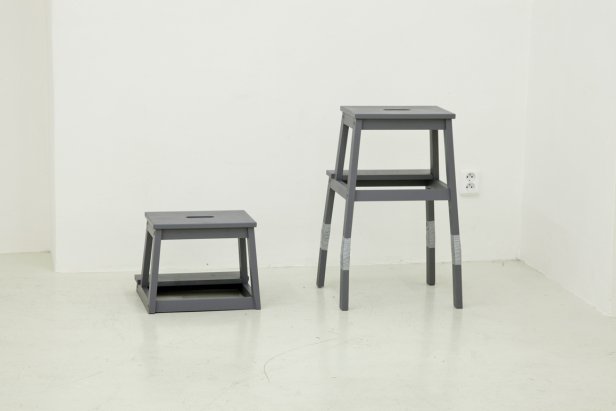