Rudolf Skopec (1989) had already begun to establish himself as an author of robust puzzles from wavy scrolls of black-and-white photo paper during his studies at the Photography Atelier at Prague’s VŠUP. The impact of his works was based on the interaction between material qualities and the dimensions of compositions, “corporal“ themes and clumsy technical implementation. The initial image in his exhibition at Fotograf Gallery is a shot of an interior of an unspecified piece of architecture. Rudolf Skopec develops the relationships between its constructional composition and tectonic defects extracted by the configuration of the photo paper; and also between the original and the newly-created space of architecture and photography. He pushes architecture away from its time-space coordinates and physical conditionality – and last but not least he places emphasis on relations between the third dimension in photography and its 3D object paraphrasing. Thus, the installation at Fotograf Gallery is an internally closed, unique network of these and other relations. 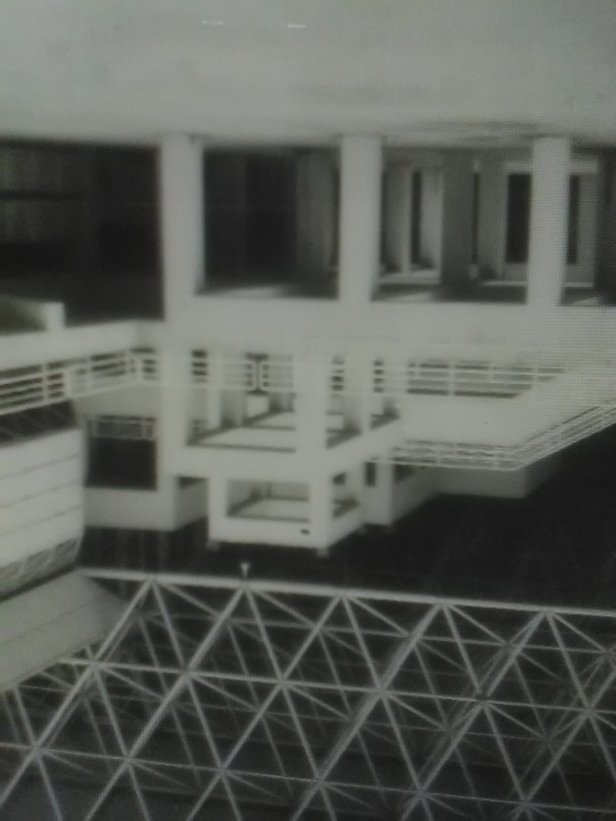 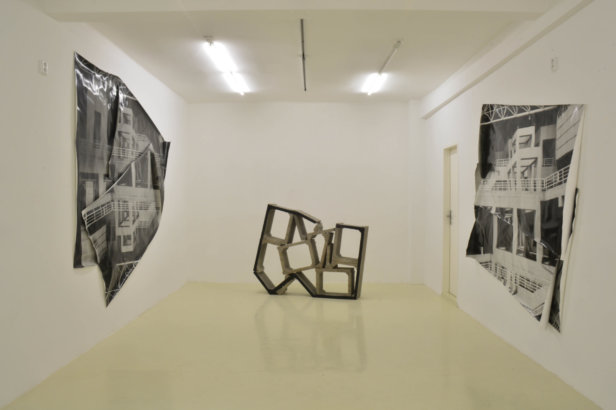 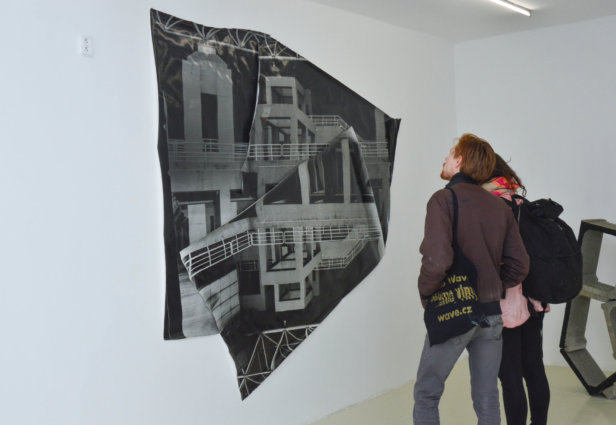 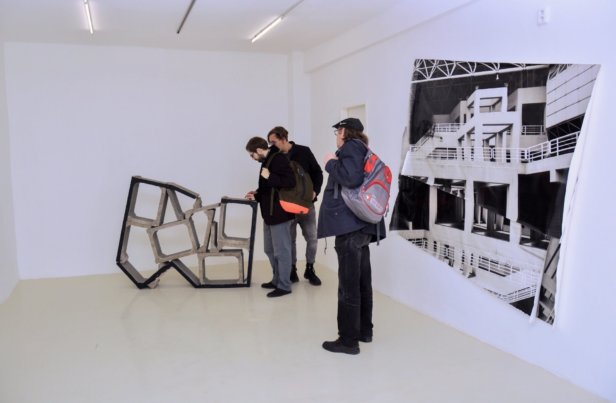