The virtual world comes from a parallel, subjective world above reality. The demand for a virtual experience and especially realness grows. The rational needs are more and more taking over therefore the historical parallel worlds are going through some kind of objectification process, so that the experience with them could be shared. In comparison to the romantic stage, this world becomes a mirror-like and social.

Exhibition could create a model of this world which is completely derived, but not in a way of material recycling of an object, which emphasizes the existential content (same as it wasin the last decades of the past century for e.g. Aleš Veselý or Karel Nepraš). It is derived from an artificial world, from the “design reality” and art, but foremost from its picture, reproduction which has shifted towards own authenticity in the time of capitalistic realism, therefore it is possible to handle it representatively, same as the reality was regarded to during the postproduction time.

The creation of these three authors is not burdened in any way by a trauma of the piece’s originality, although the originality (and it may be transferred multiple times) is being of interest as a place of certain context, appearance, discovery. The new media becomes therendered picture or rather its transmission into an object, installation. This visualization of data means a search for a method how to work with other reality (in the end maybe even more genuine and controlled by artist himself) than the one we share with the currentsocial hierarchy. In their work the art language has changed completely and it doesn’t havethe ambition of showing the difference of art and fondly uses the design and industrial compositions, colors, signs and codes as well as communicative language, when the art language was without any pomposity replaced by purchase codes, numbers of products and in all the computer processes and programs. It may look like this space of derivatives, power functions and radicals is desperately indefinite but the human passions and intentions still hold it within the measures which guarantee its communicativeness. The final form of exhibition inclines towards abstraction and minimalism (all of it deserves tobe put in commas because it is referred to in the present translation) however it may contain concrete subjects. From what I know of the works by Richard Healy, these subjects often present the social and political themes and formal abstraction equals the abstracted relations inside the society, so that it is critical. Healy was for example creating prototypes and typologies of communicative spaces as well as council spaces and the power representatives’ architecture.

Jiří Maha a Richard Nikl had already exhibited at a show called Kypící nahota (Swelling Nudity) in Jelení gallery in the year 2009 and they are colleagues from the Studio for Performative Media led by Jiří Kovanda at FUD UJEP in Ústí nad Labem. Richard Healy lives and exhibits the most in London where he studied at the Royal College of Art. 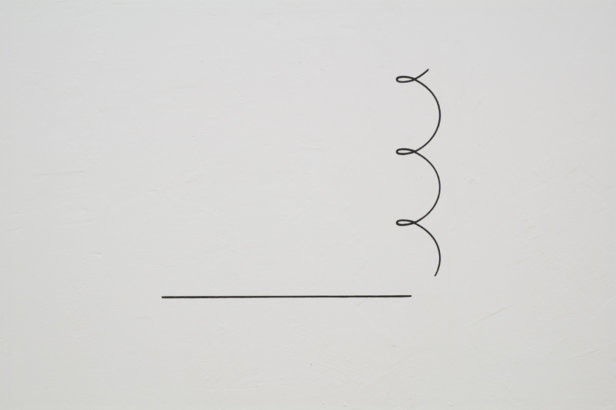 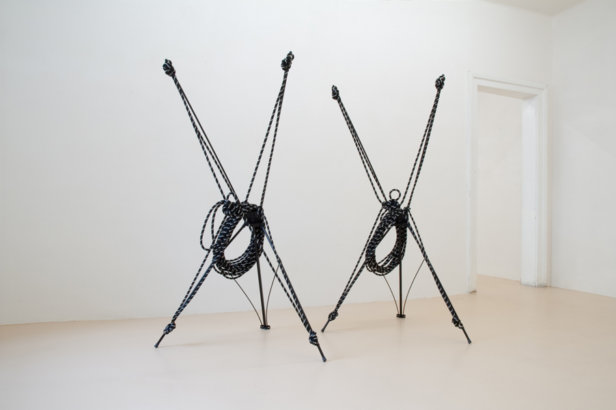 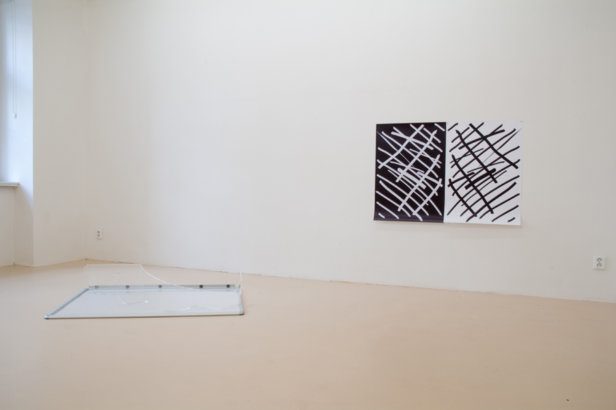 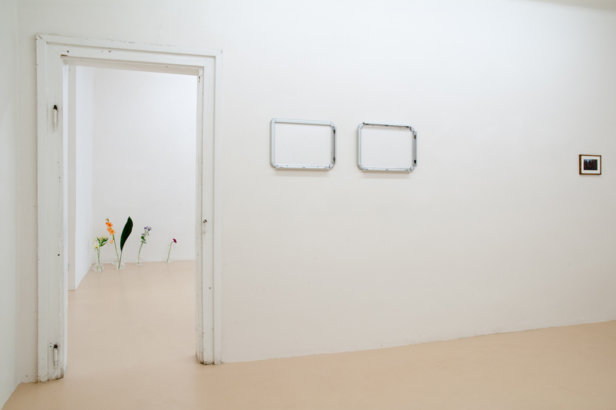 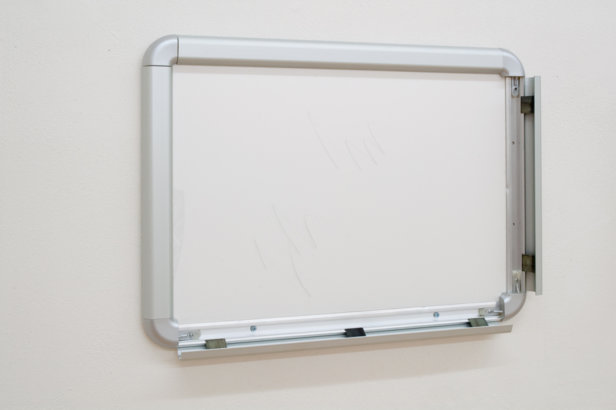 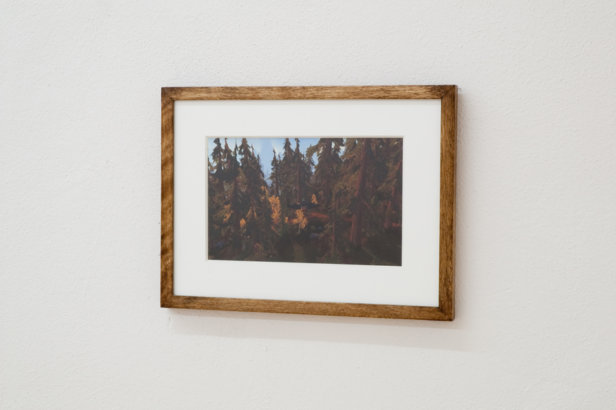 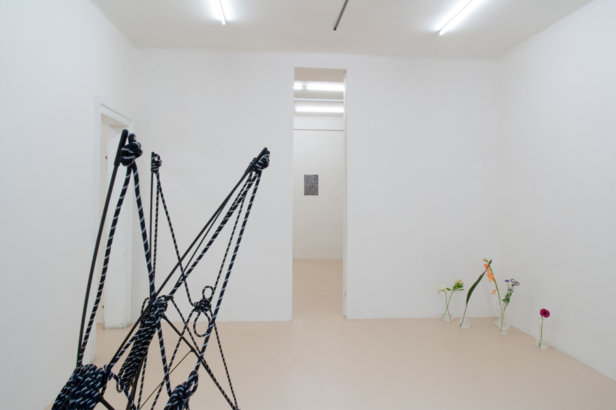 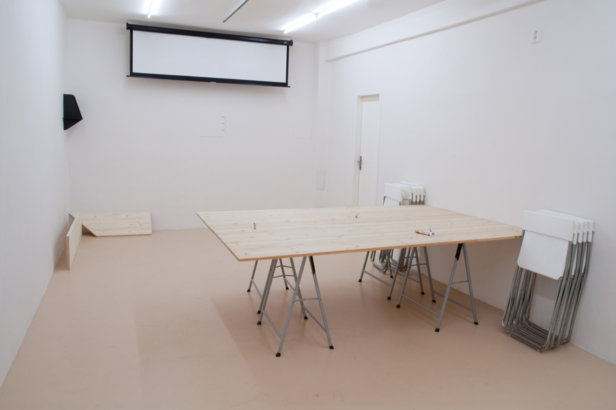 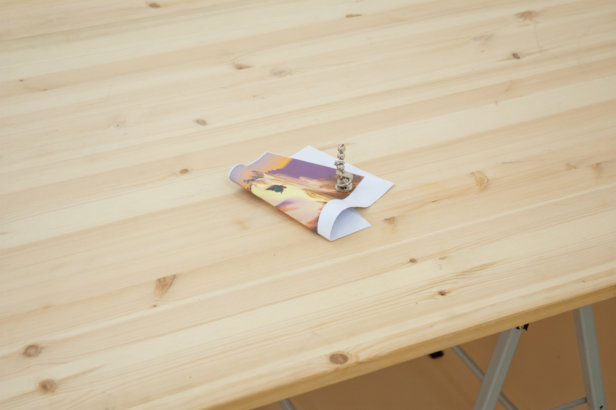 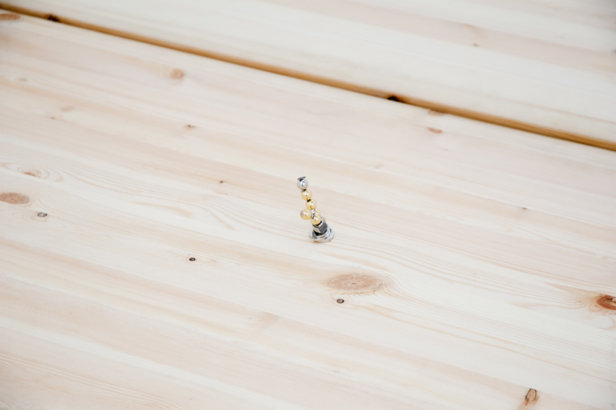 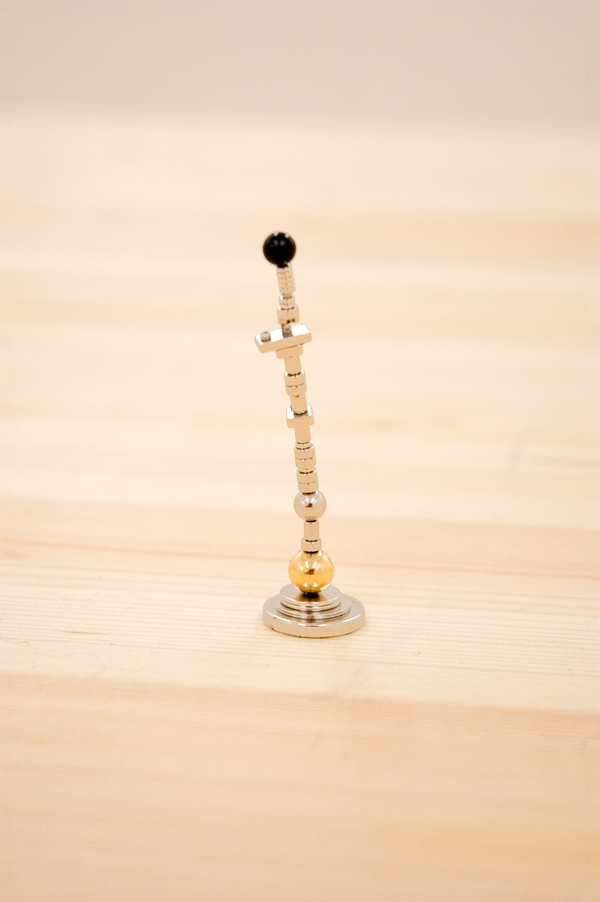 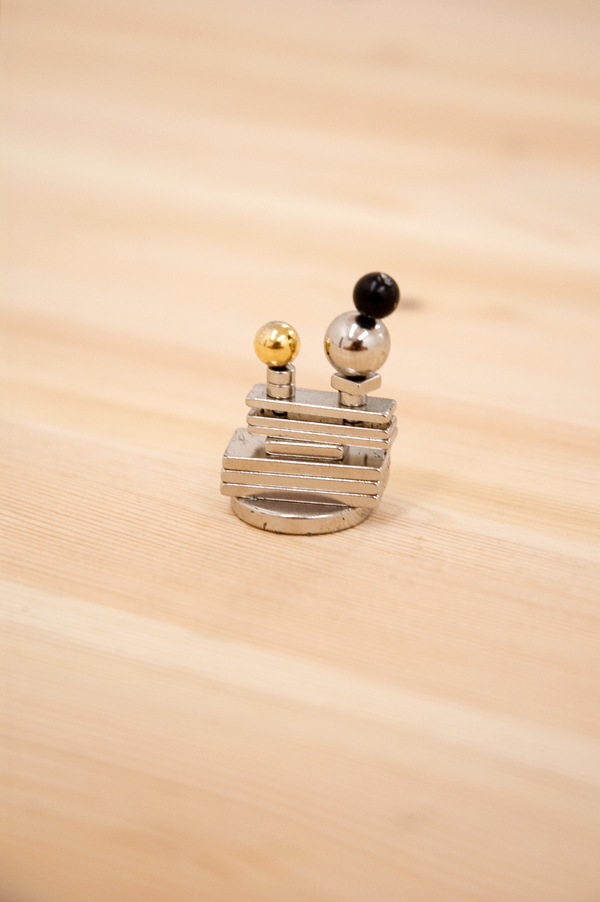 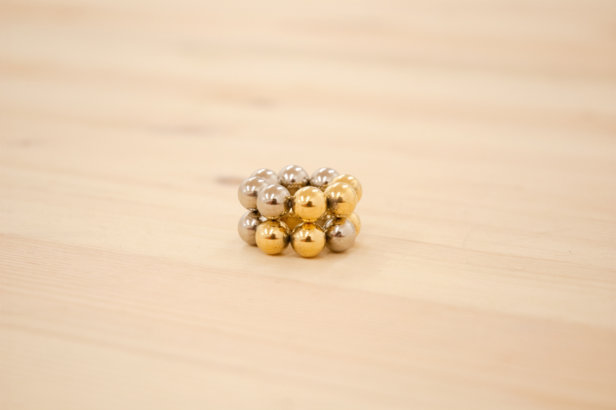