Martin Horák recalls that he ripped down the posters of Marilyn Monroe from Jiří David’s Hidden Image series off poster boards in 1995. He had them folded up under his bed for almost twenty years. After that he took them out and had them framed.
A simple act can, at certain times, take on huge metaphorical meaning. To look at the stripped down reproductions in Hidden Image is like looking twenty years of Czech visual art straight in the eyes. These two decades, about which we now feel it necessary to speak, we re-evaluate them, we edit their image. And then there’s the personal story of a young artist from Olomouc, his destructive-creative energy, that did not lead to any specific intention. It was only perhaps an internal need to struggle with an older, famous artist: with Jiří, who for him was not even Jiří, but rather Jiří David, or simply David. This needn’t have even been a personal, one-sided settling of accounts; even though, we must admit, it was always personal on some level. 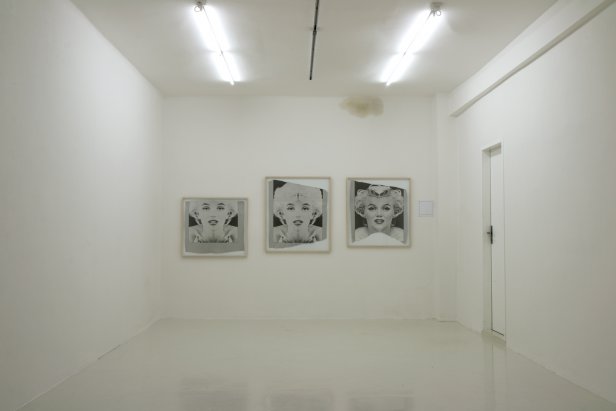 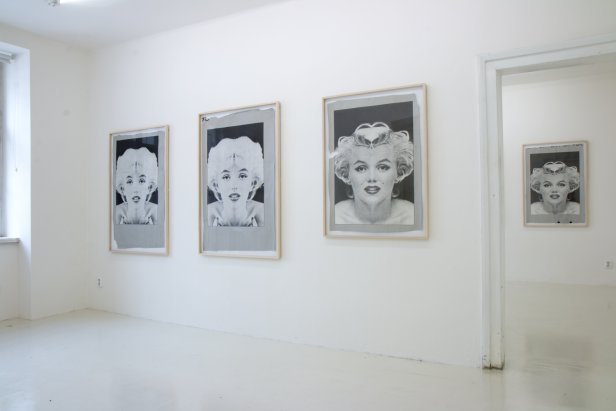 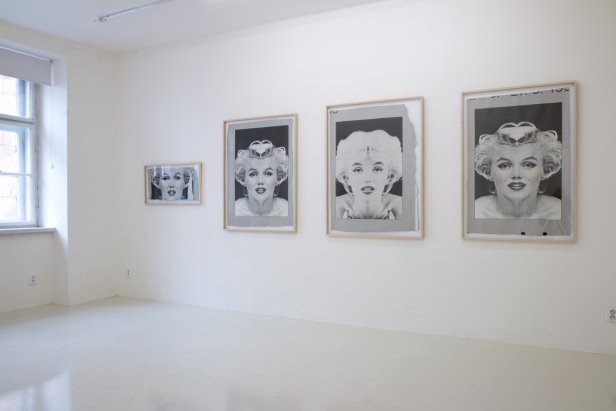 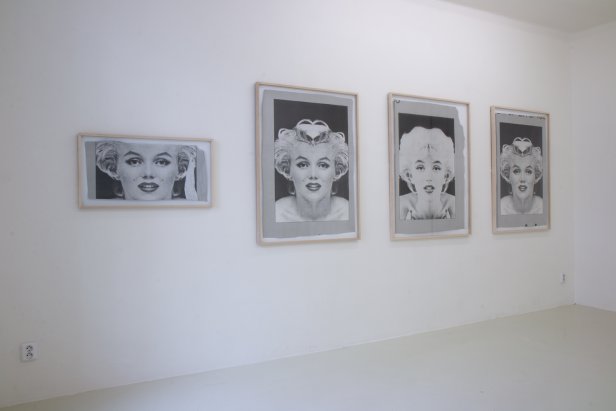