Photographer, Tereza Kabůrková (1980), has invited painter, Ondřej Maleček (1977), to join her at her exhibition. She told him he was her guest. So she immediately had to start acting like a hostess. It’s customary for a hostess to make her guests feel at home. So in a situation where the guest-painter brought the hostess a painting instead of flowers, it’s up to the photographer-hostess to find a suitably complementary gift. A photograph is the obvious response.  So she began to surround the guest with things that make him happy. However, for Tereza Kabůrková, Ondřej Maleček’s visit means something different: a shift in the central focus of perception of her work more to principles of painting, which always played a greater role than we would normally imagine for a photographer of images of forest vegetation, gray skies or wallpaper. Some invitations are simply not philanthropic. This doesn’t, however, mean that we should be offended by them.

Still, under these circumstances, the host does not cease to influence the situation. If, through her invitation, Tereza Kabůrková draws attention to the creative side of her approach to the photographic medium, then Ondřej Maleček complements the entire exhibition with his accent on magic realism. It was necessary to negotiate on his new, infectious “features“. Of course, each visit is accompanied by negotiations and concessions from both sides. The hostess loses a piece of her privacy, and the guest – provided he’s not a plundering beast – then, as a matter of form, crows as he takes more of it.

It’s in this spirit that the three spaces in Fotograf Gallery are presented as three differently intonated segments. In the first one, Tereza Kabůrková remains undisturbed. One photograph of a pale, cloudy sky is placed in the empty white hall. The space in the photograph matures slowly and only after a long look. In the absence of symbols and genres and in the most brilliant manner, gradually melting between abstractions, Kabůrková’s starting point mirrors the most radical of all its forms.

In the detail in the genre of the more articulated landscapes and in the small still-life with the pear in the gallery’s second space, there is the opportunity for Ondřej Maleček to enter the game. His small, painted drawings of flowers fulfil the role of a more human counterpart to Tereza’s sensual approach to tonalities and the apparent bringing into focus of the temporal identity of her photographed scenes. We know, after all, that her photographs were taken no more than a few years ago, but we want to proclaim that they are in some way old. This is not, however, about manifested historicism, but rather about a voluntary acceptance of loss of specific time. Something like a gray wash. Thanks to this, we also do not know how old the given person is, even if we know that he is not as old as he looks. (At times, specific features that are in focus in her photos‘ backgrounds sometimes give away the approximate timeframe of Tereza’s pictures. This is not the case for us though.) By the way, older people tend traditionally to fare better on happiness indices.

It’s only in the final space that the hostess and her guest begin their conversation. It is noticeably much more passionate and more stressful. It addresses the depth of the space half-covered by paint, a chasm, a hole, and also of experiencing and showing a forest, etc. It’s about very important themes. In addition to comprehension and empathy, the viewer also arrives at that mutual infectiousness mentioned in the second paragraph that often develops between the guest and the hostess, when the visit lasts longer. Then it’s time to stop.

At the end of this exhaustive text, we will only say that natural light from the courtyard infiltrates two of the spaces. After some years, our old doors with their peeling paint have returned to the doorframe between the rooms. I forgot the rest. 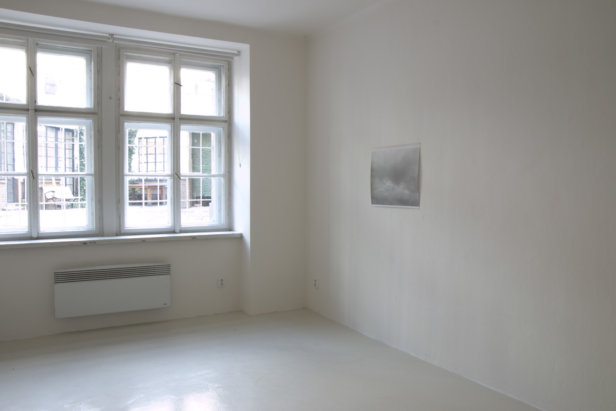 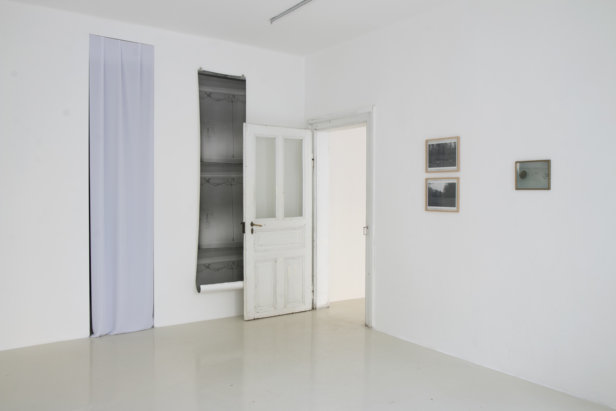 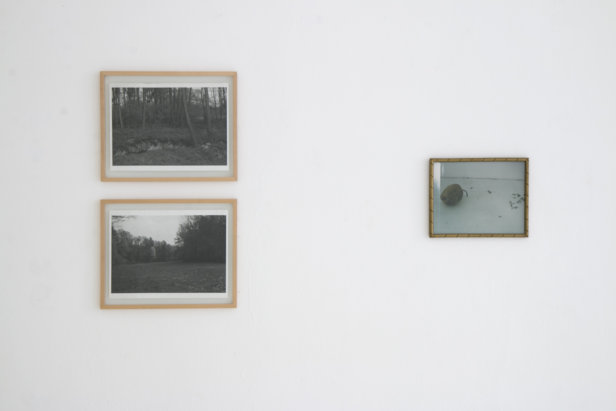 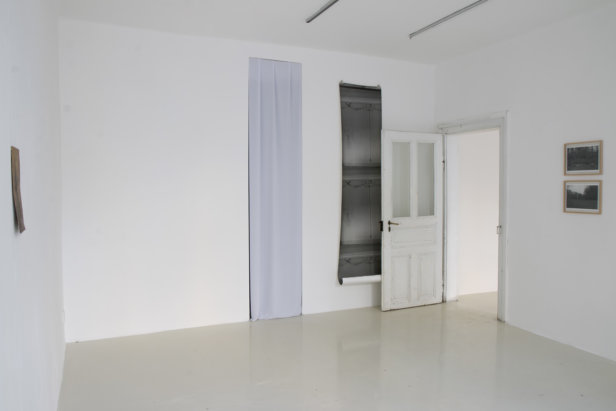 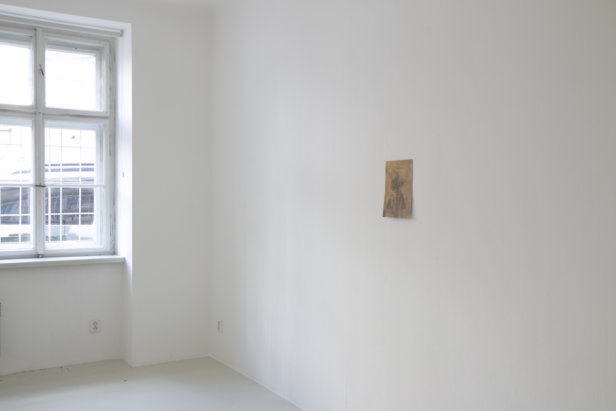 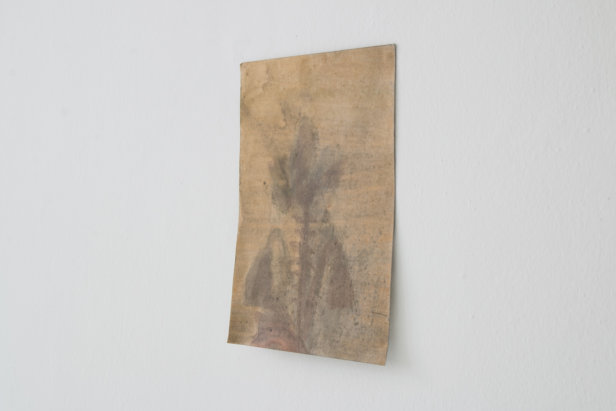 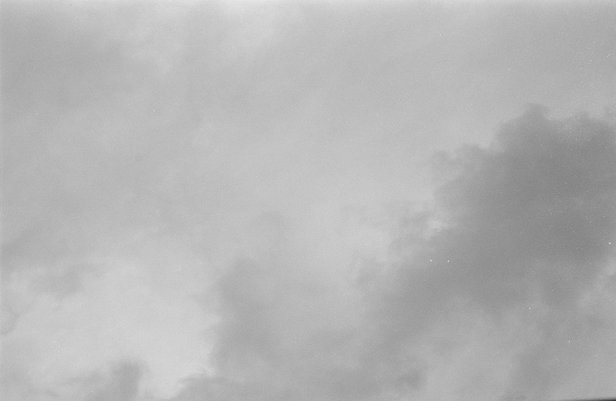