During the past ten years, that is in a relatively short time, Johana Pošová (*1985) has developed for herself a hard-to-ignore standing on the young Czech photographers’ scene. Several circumstances have helped with this. She won over a traditionally-focused public from the start with her technically-superior photo collections and photograms. Through experiments with objects, for which an important motivation was her launch of collaboration with Barbora Fastrová, Pošová later showed that her approach was not strictly limited to a single medium. The correlation between her personal evolution and broader transformations on the Czech photography scene were not accidental: Pošová studied at Prague’s VŠUP (Academy of Arts, Architecture and Design) and at Hynek Alt’s and Aleksandra Vajd’s photo atelier. These two put the connection of photography with inter-media contexts and research on the material aspects of photography at the core of their program. In that setting, as well as after her final academic presentation in 2010, Pošová showed a preference for imagination over an analytical approach to the medium; she worked with hints at fantastical narrations and expressed an interest in the hidden forces influencing how things happen. As Martin Nytra, the curator for her exhibition at Brno’s Fait Gallery, wrote three years ago: “The audience is thus drawn into a game, with a confused story line, that oscillates between reality and pure fantasy.“

Similarly, in the case of the Happy Family exhibition, the artist builds on the product of three materially-distinct components. Objects made of papier–mâché fill the role of exhibition pedestals; meanwhile, they act as hybrids of dining room tables and zoomorphic beings. In some photos we then see similar clothing “brought to life“ and arranged in compositions associated with the family portrait genre. The exhibition’s third component includes small ceramic objects made of moldy bread: food whose symbolic meaning, “the basis of our diet“, forms a direct parallel to the symbol of the table as a place of common dining; one at which communities are ritually established.

Family, at least in the several dominant forms that we encounter in our time-space coordinates, is more or less a hermetic social organism. It creates its own rituals, habits and communication; behind the closed doors of home a lot of things, invisible to the outside, occur. Johana Pošová’s (*1985) exhibition is an allegoric family landscape wherein the artist, without emphasis on personal narrative or exact sociological method, examines the broader horizon of inter-personal constellations and relationships. She approaches family and home without idealization; but also without targeting specific problems. So she keeps the situation on the level of a symbolic outline that needs our imaginative engagement to be filled in. The noticeable contradiction between the exhibition’s name and its content is of course to be understood as an experience of disharmony and tension. Behind the façade of the “happy family“ hides a monstrous forcefield.

If you then take into consideration the monumental object in the gallery basement; one that can be characterized (described) as a table/house/cave/hideout/animal, then it’s possible to view the Happy Family exhibition as a paraphrasing of our magical awareness from our childhood. This is the awareness that brings reality to life (animates it) to the degree that we are already fixed upon it in its complexity and totality. Nonetheless, it manifests itself from human unconsciousness and actively co-creates our collective relationship. As Pošová warns, the family is merely a model unit for her; one in which she can approach the principles that shape mutuality or act outside them, in a broader societal measure. 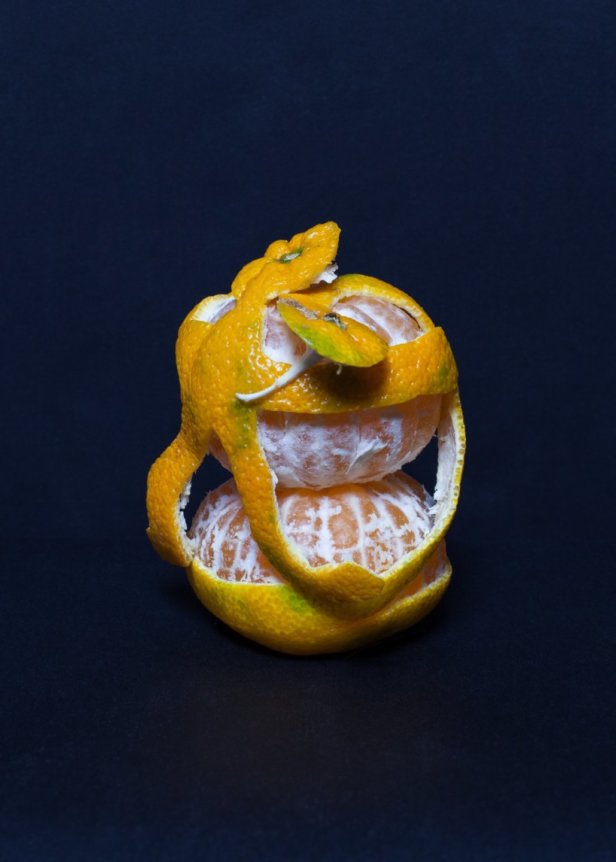 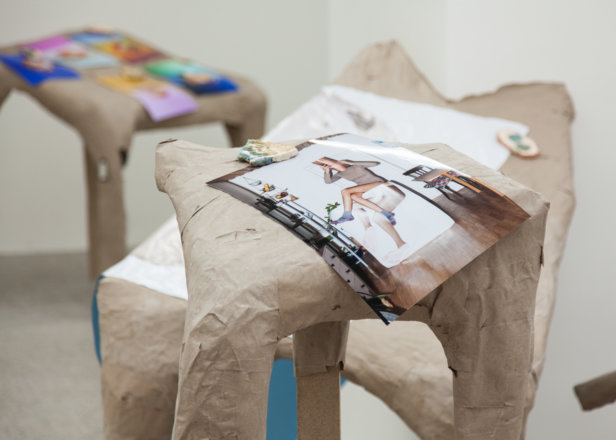 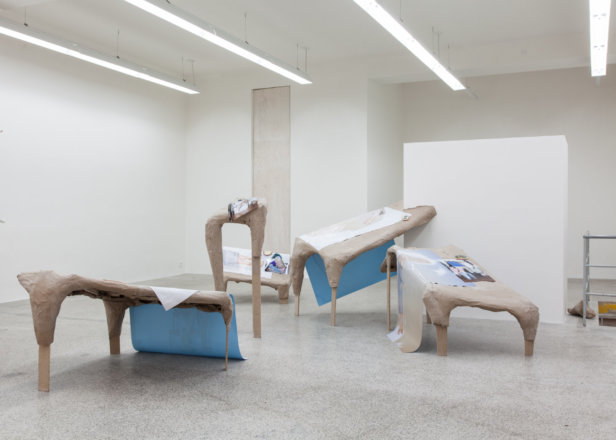 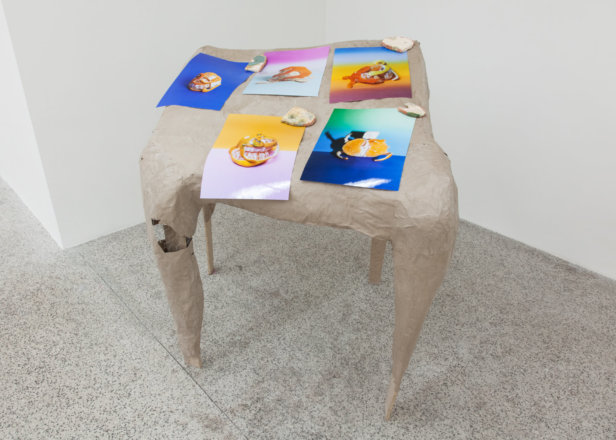 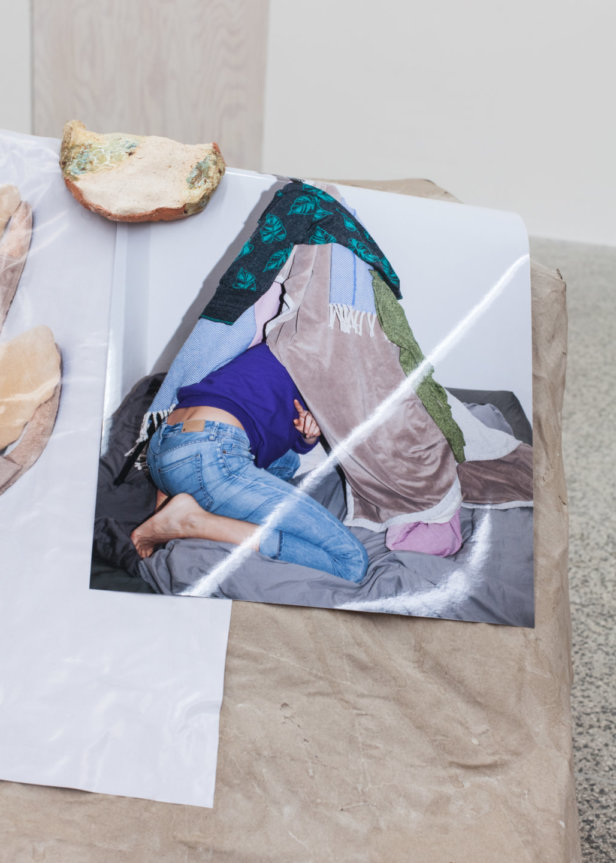 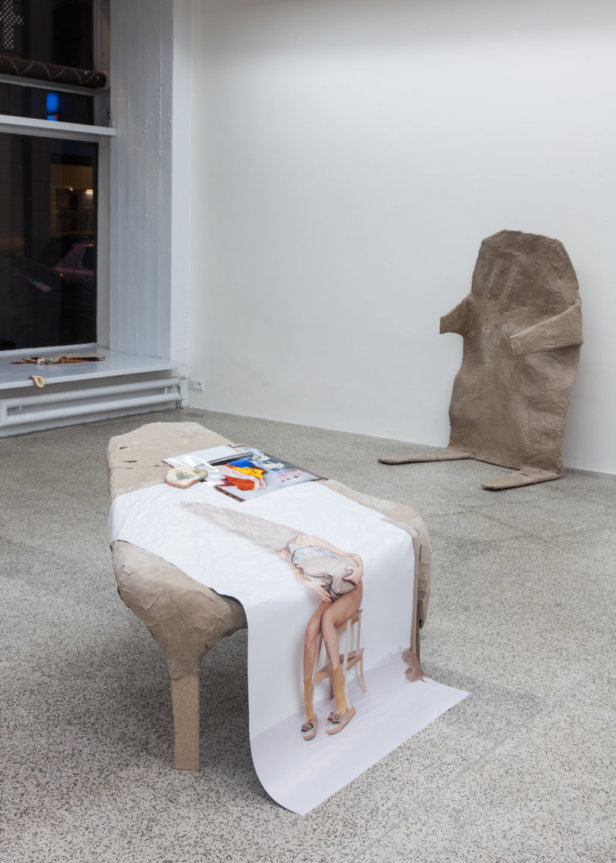 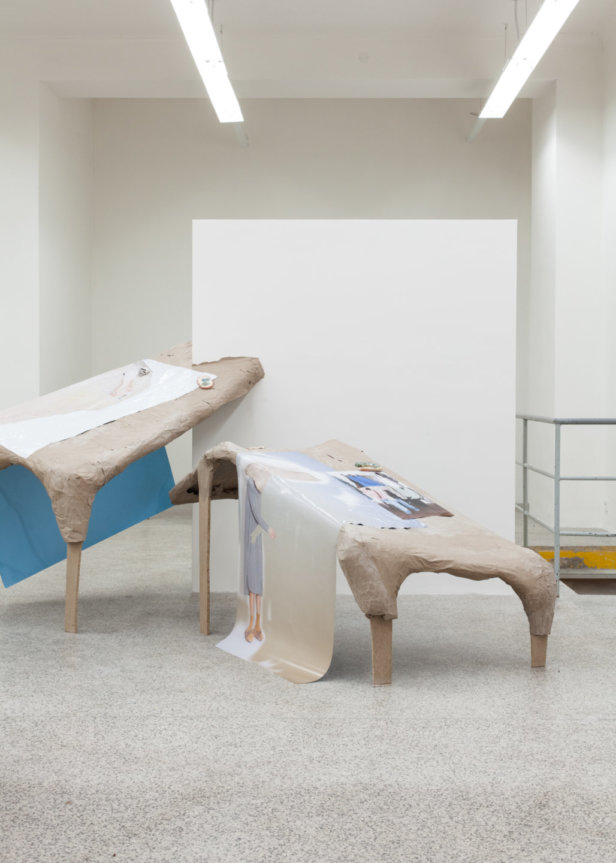 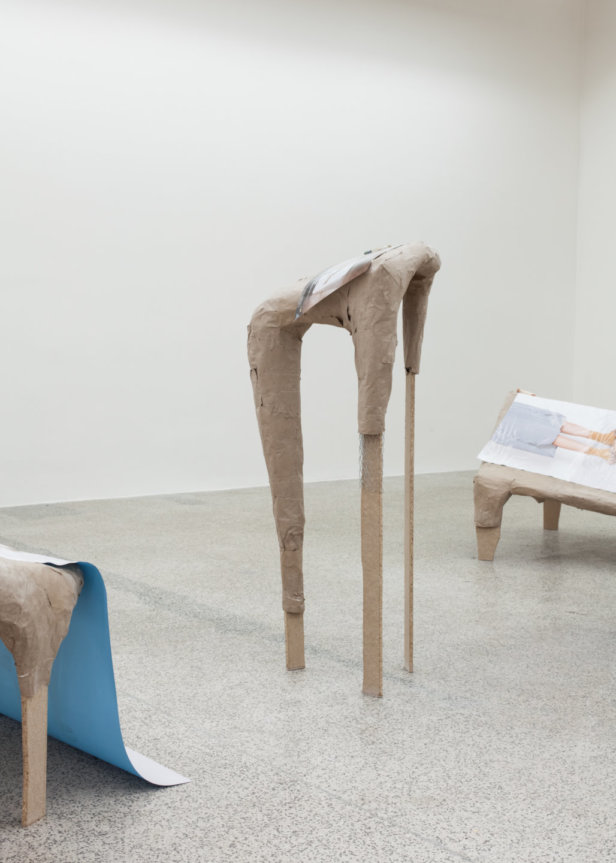 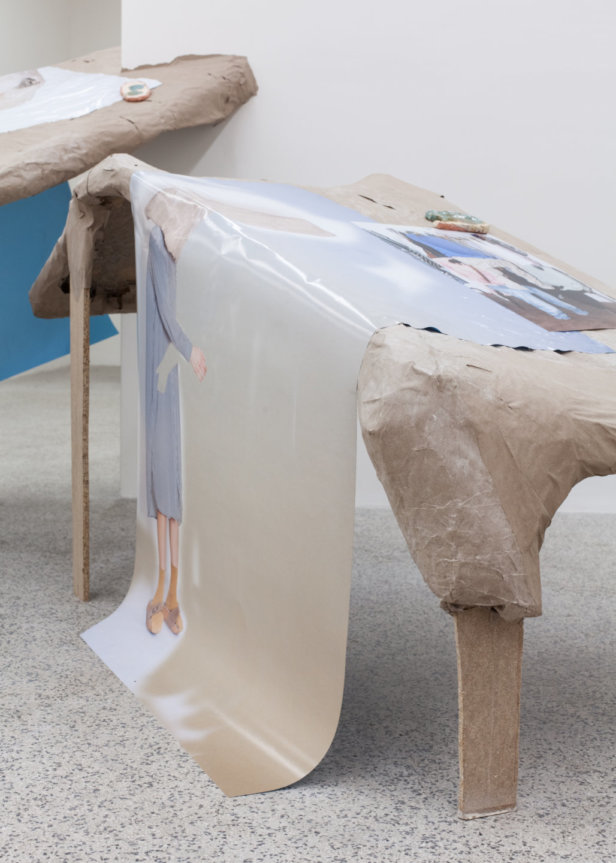 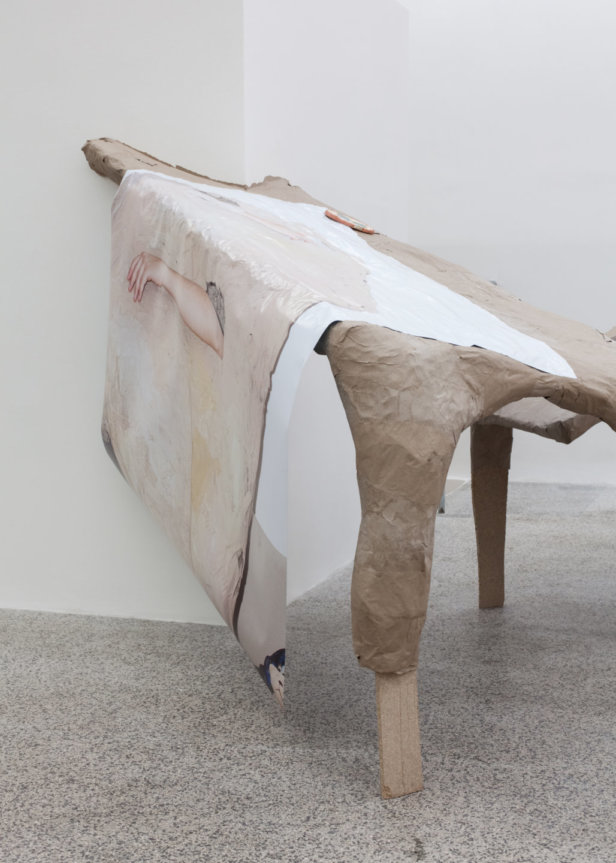 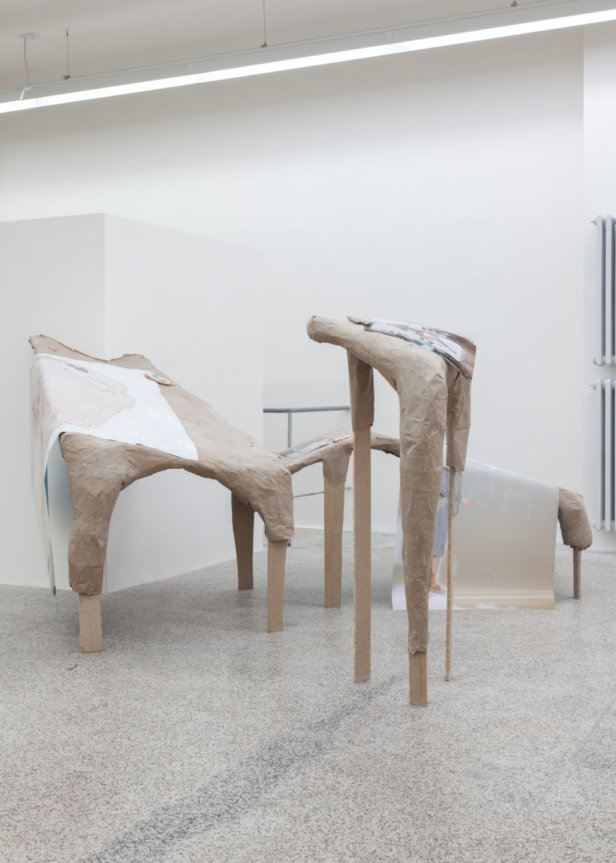 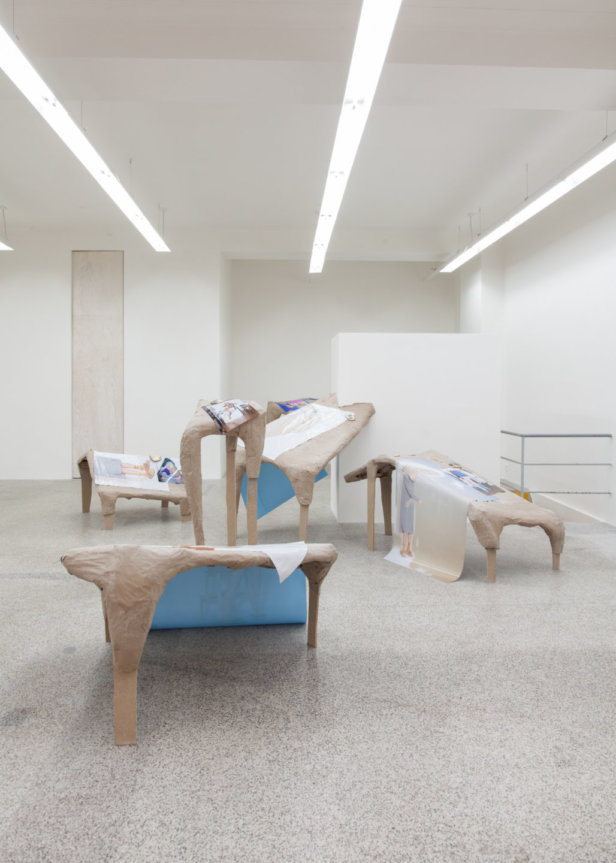 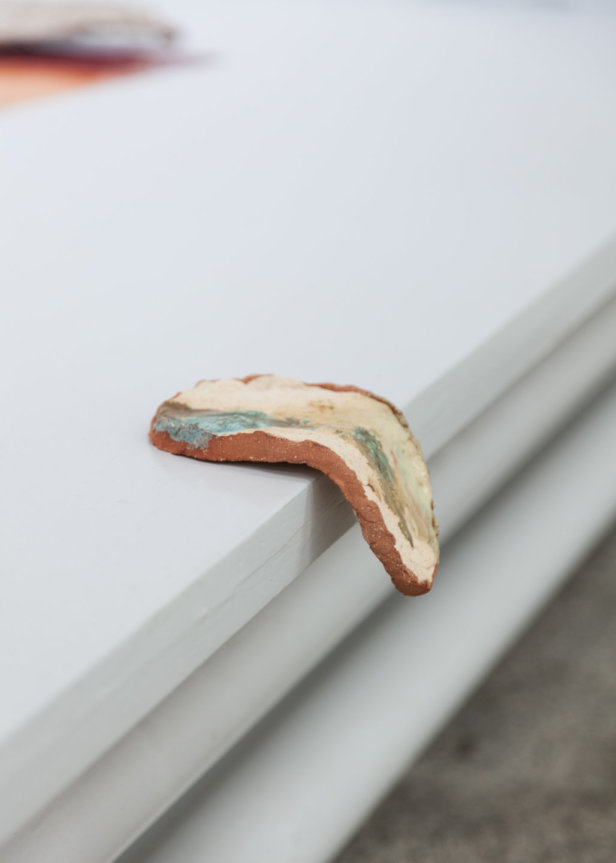 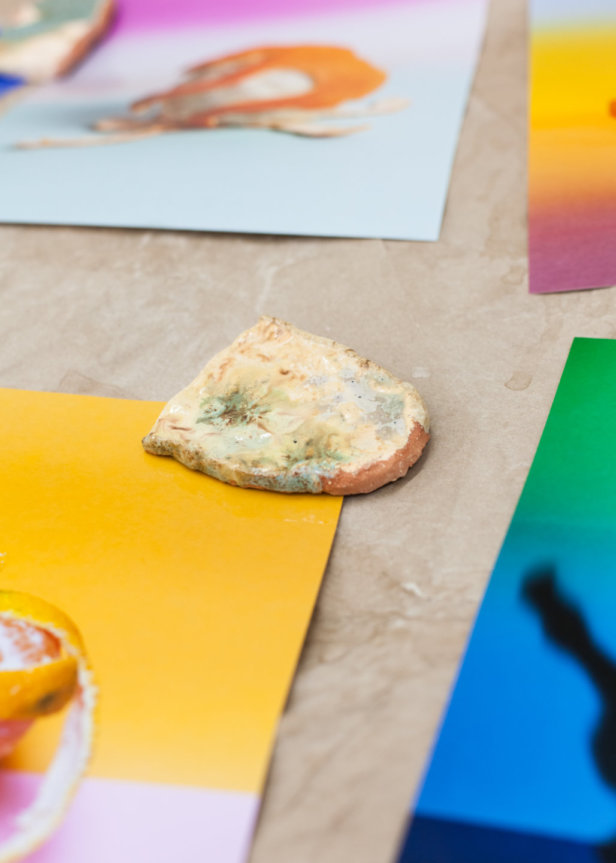 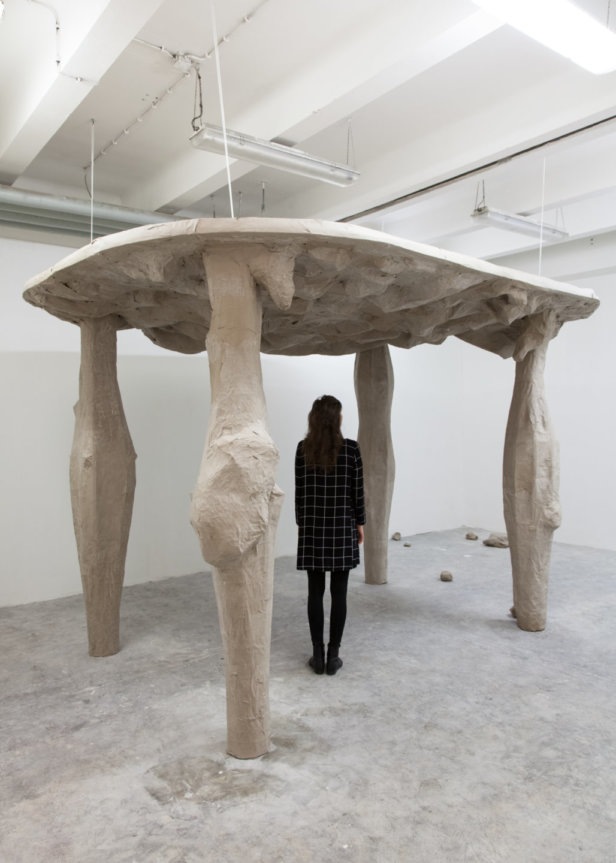