Jan Kolský
— Here There Will Be Workers

The starting point of Jan Kolský’s exhibition is the organized employment of people to solve the so-called recaptcha, which in the internet environment serves to differentiate people from automated algorithms and bots. They are paid to bypass the control mechanisms and open up space for the spread of spam and other unwanted data, mostly advertising. This situation shows a more general picture of man’s current relationship to automated systems, where one becomes an expansion of the machine. However, it also has serious economic and social consequences. As Kolský writes in his accompanying text on his diploma work at the Academy of Arts, Architecture and Design in Prague: “Due to the possibilities of its easy diversion to cheap labor and lack of job opportunities, this type of work is significantly precarious, already two times. At first, by the very conditions of performance of such work and its evaluation, the second, as I believe, by precarity of the very subjectivity of workers anchored in the processes of machine processes and algorithmic codes. “

Jan Kolský projects this issue into an installation based on two basic elements. One is the production of two spaces of his work: the exhibition space and the scene space of the first video. Both evoke office space, but neither is a real office, but a backdrop to reinforce the work as fiction. This fictional environment of double backdrops is related also to the casting of one of the videos by actors in the roles of workers, according to their choice, apparently referring to an environment that possesses the cheap workforce (preferably without further specification). In the second of his videos, there is a dialogue between two “entities”, which makes the boundary between human and artificial intelligence uncertain. Perhaps it is a network communication of two people in one city, perhaps it takes place across half the planet, but it can also be the communication of a man with a machine (who is who?) … or even two machines.

The title of the exhibition Here There Be Workers paraphrases one of several formulations that have been used by European geographers to designate places of which character and form of settlement was unknown to them. Although Kolský’s cultural perspective generates a number of questions over the position from which it similarly describes an unknown “workspace”, its video installation can be perceived as referring to a person from our living and economic environment to supposed persons that we do not know, not only because of our Western neglect, but also because of the nature of their job, when they are to remain undercover, to the point that we cannot be sure that they are not just a simulation of human subjects.

Jan Kolský’s installation at Fotograf Gallery is a public presentation of his diploma thesis at the Studio of Photography at the Academy of Arts, Architecture and Design in Prague. 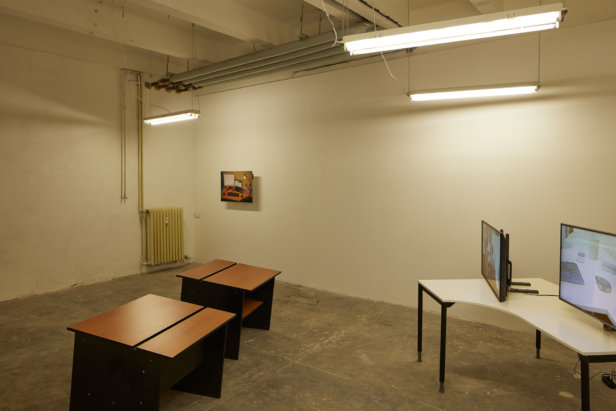 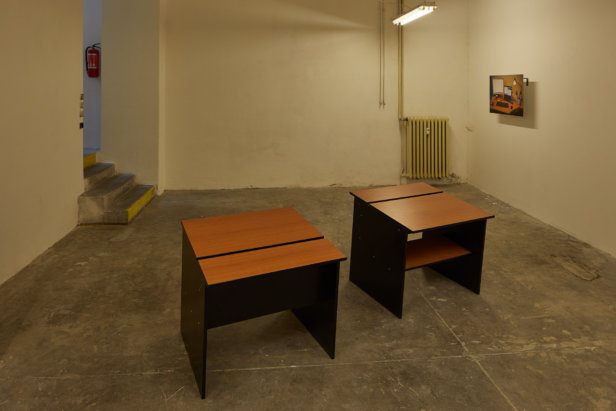 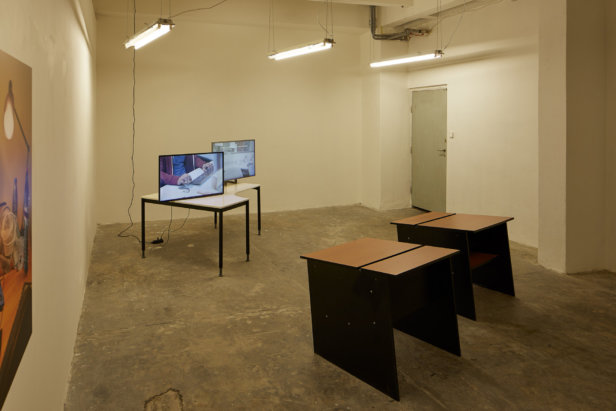 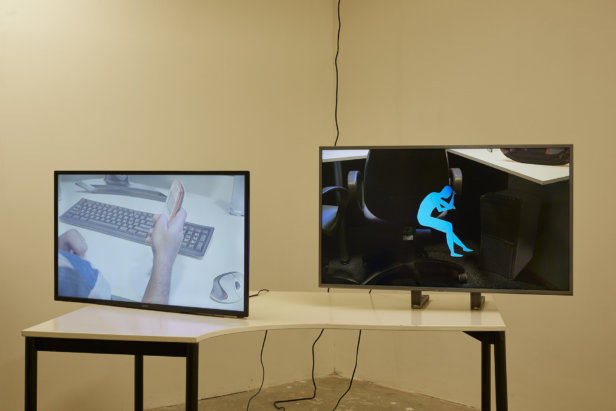 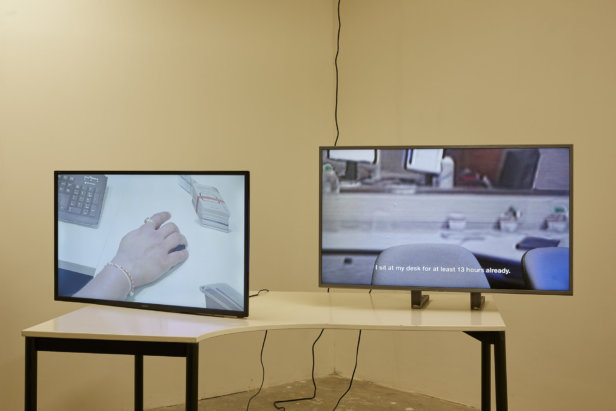 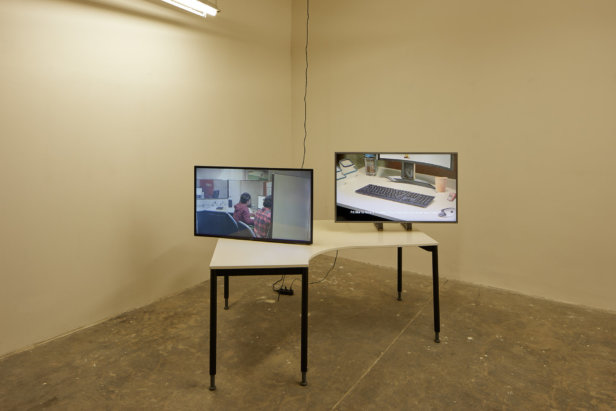 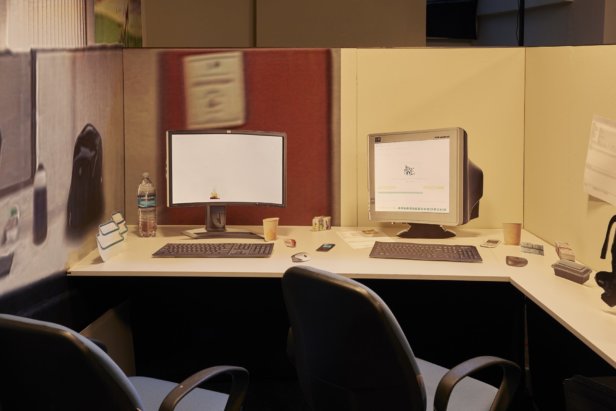 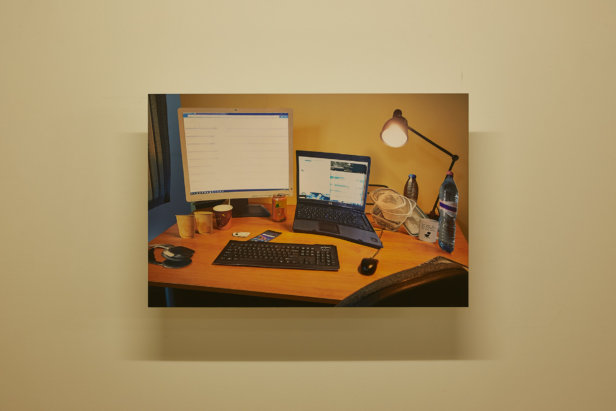