The term event horizon, which refers to a point beyond which light cannot escape the attraction of the black hole, can equally well indicate a place beyond which the imagination of the future ends. It is known that the mechanism of presentation is anchored in the past, based on memories that predetermine what we can imagine or in the language of science – it is an interpolation of numerous statistical measurements. But the question is what is at the core of the speculation from which the imaginative image is constructed?

What images of the future do we actually want to watch? The consensually accepted vision of a post-human world in which the society collapses under the indecipherable movements of global platforms, however, conceals a rift in the absence of irrational spirituality. If there is a dystopia of life at the core of the civilization remains, can the source of its turn be increased sensitivity to ritual practices? Their attributes and social implementations, such as masks, identity changes with the help of costumes, modern rituals, contact magic, and touch seem to open the space in which anti-dystopia images can be fabricated. In search of reasons for interest in these practices and topics such as explicit sincerity, craftsmanship and spectacular imperfections, it can be speculated as to how they are a possible or necessary instrument for deconstructing platform capitalism. Can Airbnb resist previously unknown social rituals? Or will they turn them in their favor and incorporate them into their own order of things? Are there items that cannot be traded on Amazon because of their spiritual features? Irrational spirituality is in any case an effective tool for the emotional architecture of the new world. So effective that with its help the usual duality of traditional and new, or of nature and culture, disappears.

The current group exhibition of students of the FAMU Center for Audiovisual Studies deals with several points of attraction, of which the most prominent is the corporeality and the new ritual. We can observe that the most in the large central object of Tereza Chudáčková, which creates a complex mythology of small glass objects, grouped in a precisely thought-out network of relationships and connections. But it also evokes childishness and guilelessness of the game, to which it also invites visitors of the exhibition. The video and objects of Marina Hendrych are situated in an imaginary world of rituals, on the border of the digital and natural world, in which the notion of a complex and immortal hyperorganism capable of totally restoring all its components plays a central role. Adrián Kriška’s video is a speculation on imaginary rave culture, linking queer elements with traditional values ​​of Slovak folklore. The themes of identity and deconstruction of the male body are also present in the work of František Fekete, whose independent installation is devoted to images of alternate masculinity. Similarly, the probes into the streaming pornographic portals in Ester Groh’s video reflect the disturbing emptiness of real sexual cyborgs connected by their reproductive organs directly to the Internet. The double-portrait of Lívia Valková’s crying characters is perhaps the most explicit depiction of the disturbed inwardness. Two more works by Daniel Burda and Prokop Jelínek deal with more general topics of commodification of energy and natural resources. In them, the notion of “values” represented by gold, the extraction of minerals or energy, and its emotional resonance present in architecture and utilities plays a central role. The selection is rounded off by an image collage of the creative trio Anna Radeva, Alena Kolesnikova and Tomáš Rampula, combining synthetic images and computer vision elements with documentary material. 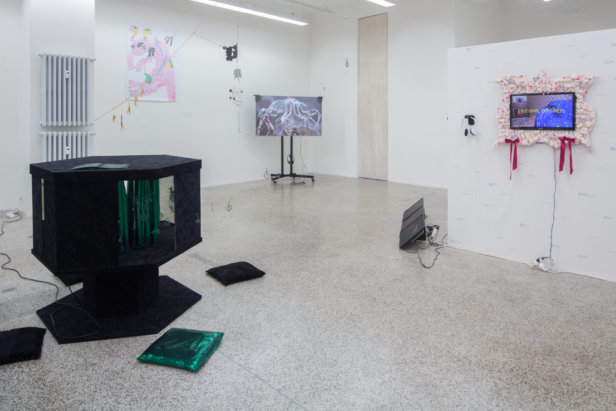 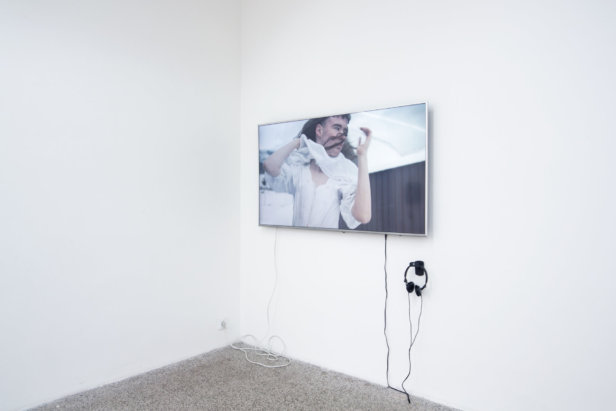 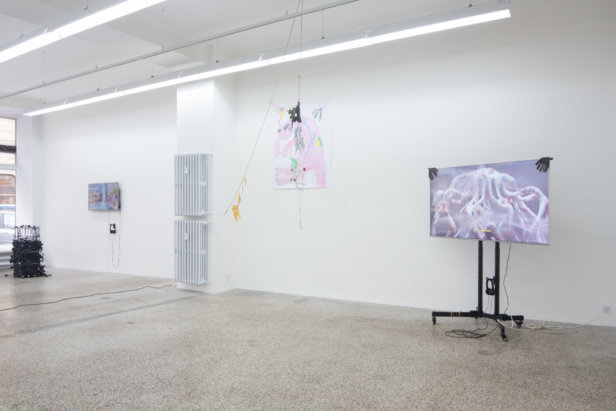 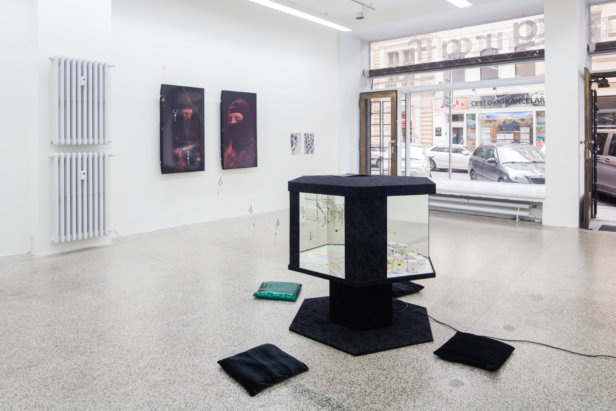 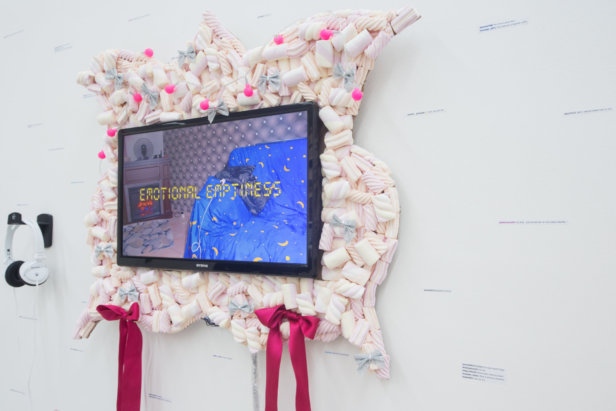 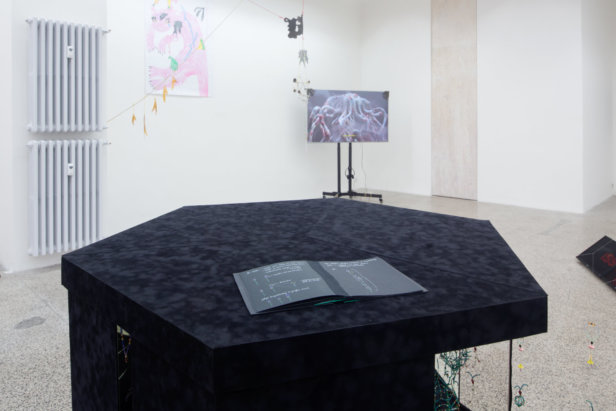 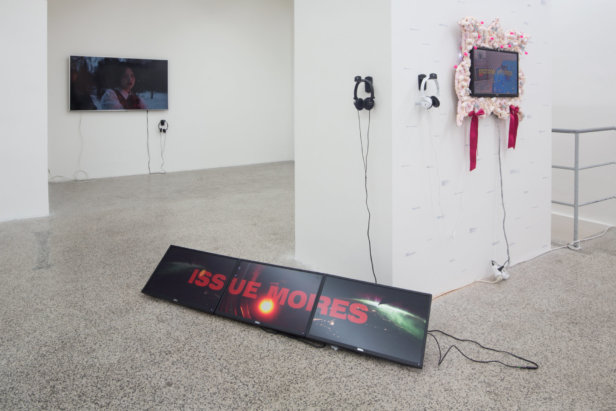 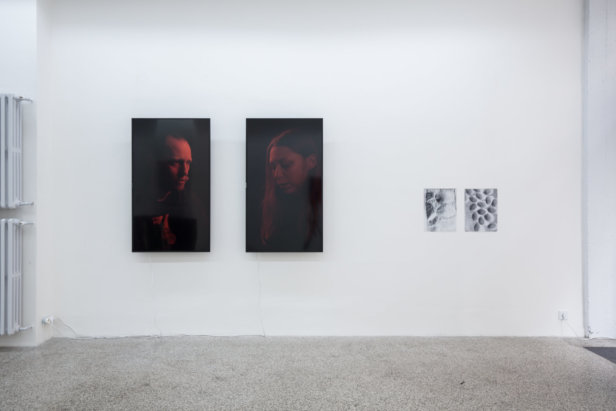 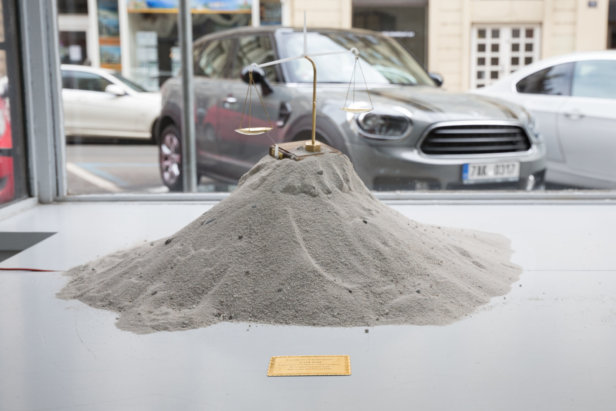 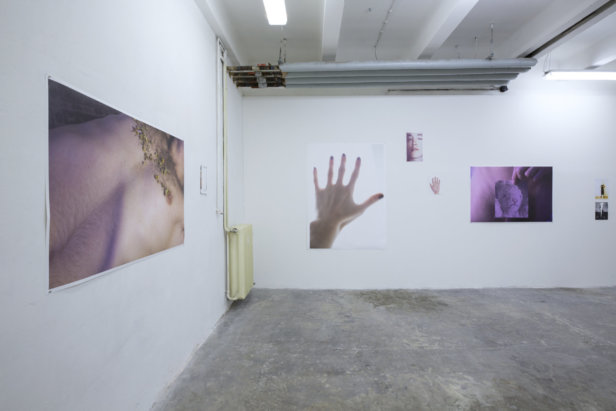 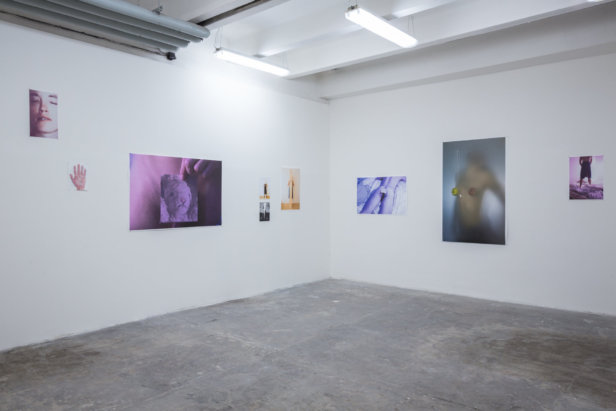 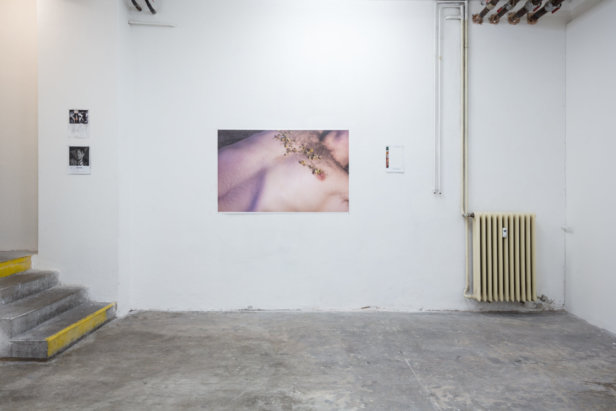 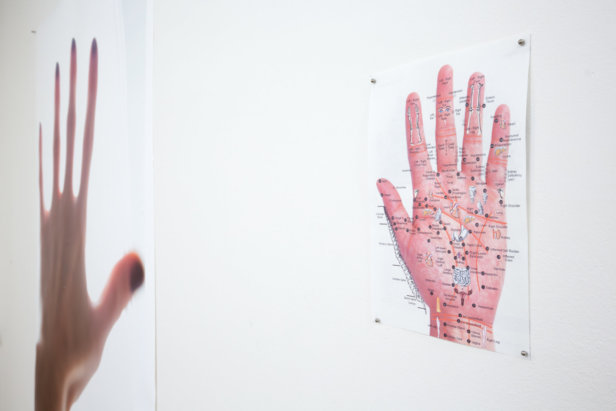