The title of Daniela and Linda Dostálkovás’ exhibition set, We are still the same and you are always more, evokes the moment of recognizing hierarchical relationships and accepting subordinate roles. With regard to the character of the artists’ prior work, in which you will find curatorial work (currently at PLATO Ostrava) alongside collaboration on joint artistic projects, you could perceive such a name in the context of their long-term interest in feminism. In the exhibition installation – and also in their new photo book, Hysteric Glamour1, which had its Czech premier at the exhibition — this narrative is supported by the repeat exposure of the female body to situations where it comes up against deformation or deviations from the norm.

With We are still the same and you are always more, it’s not so easy though. The exhibition is rather an unyielding morsel that fights hard against being reduced to a single level of meaning. For example, the hierarchical theme (more/less) is broached even at the most abstract level by denial of the exhibition’s superiority to the book (and vice versa). Hysteric Glamour is thus presented in the gallery not only as an object, but also as a parallel means for working with (interpreting) the material that intersects with the exhibition on a content level, but which is not identical.

It was not by chance, that the Dostálková sisters got into contact with the Post Office’s Securities Printing House in Prague (Poštovní tiskárna cenin Praha); they contacted the institution with a request to print a contact sheet of their photos. With such a format, we can consider them, of course, to be something symbolic like a gesture of assessing value, rather than an attempt to establish a hierarchy. This is supported by the fact that gallery visitors can buy their non-exhibited, numbered prints. Then, the work of art as a sales object (goods) comes into play; goods whose value is expressed as a price in economic relations.

The exclusive nature of how the photos were produced also relates to assigning of a value: their fashion aesthetic, print and adjustment. The conscious use of fashion and product photography processes is meant to raise the symbolic capital of what is being presented; meanwhile, the arc bends back toward the cultural perspective of a woman as an “ideal”, open to sensual sensations, affectively-based and thus principally a subordinate recipient. Last but not least, the initial part of their new video with an authentic recording of a speech by their book’s publisher elaborates similar themes. Therein, he defines the basic terms of their work’s success, which is initially determined by the surface.

You can think about Daniela and Linda Dostálkovás’ exhibition as an organism whose individual parts perform minor functions in service of the whole. If we bear in mind that the authors are a photographer and a graphic designer, we’re given the opportunity to perceive both the meaning of the purposeful/intentional (effective/effectual) expressional resources and the conceptualization of the topic of values: their establishment and valuation alongside their critical and self-referencing aspect. 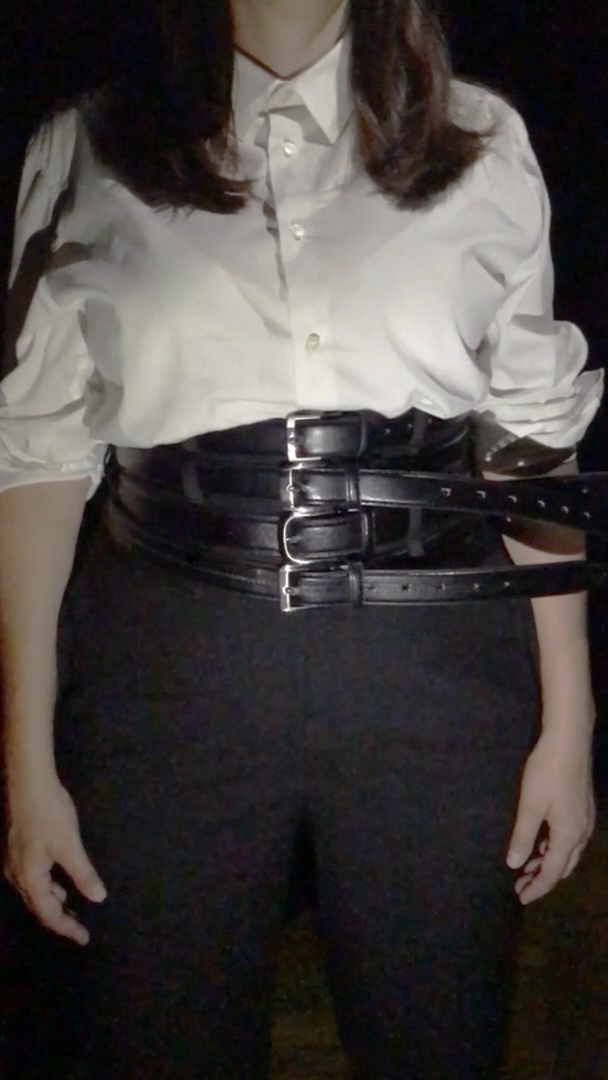 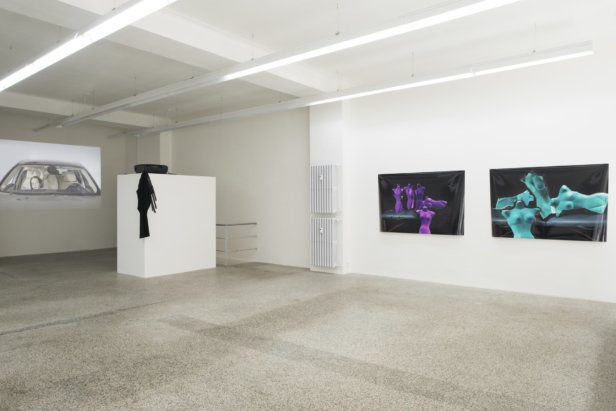 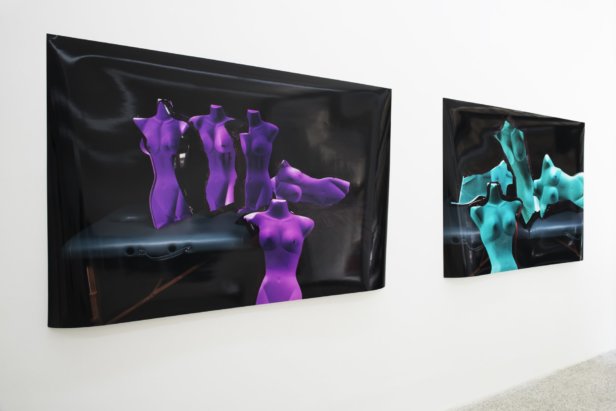 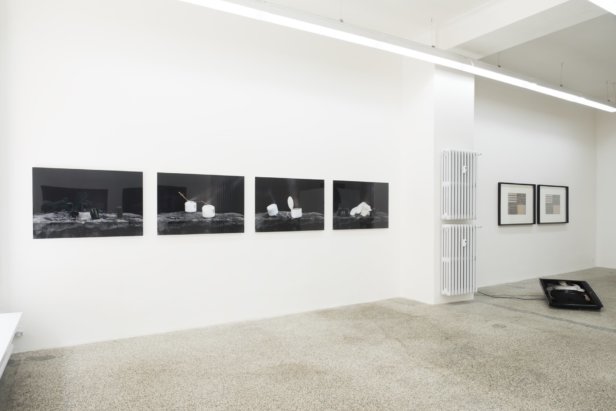 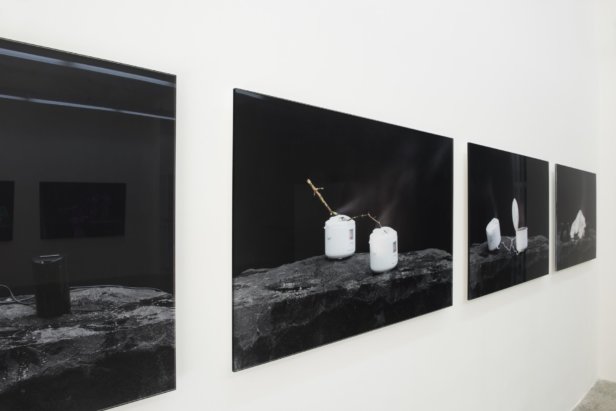 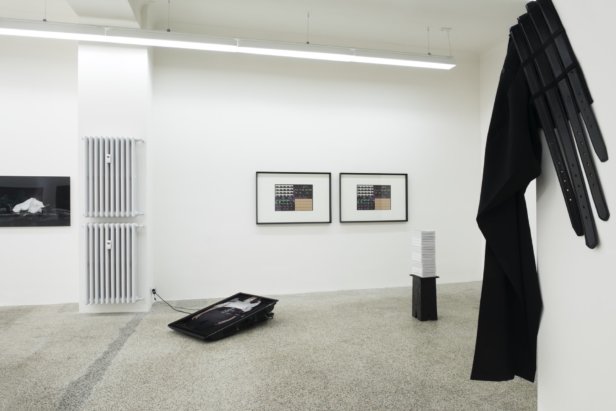 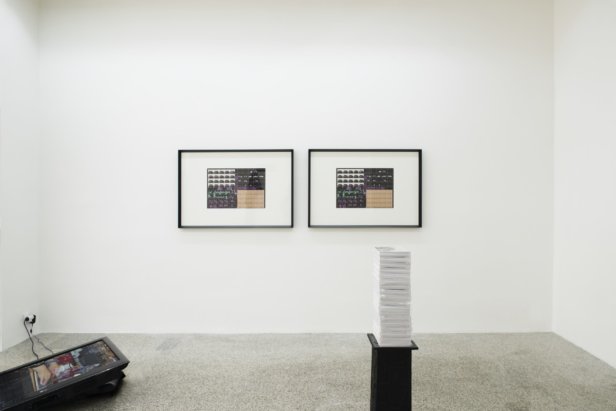 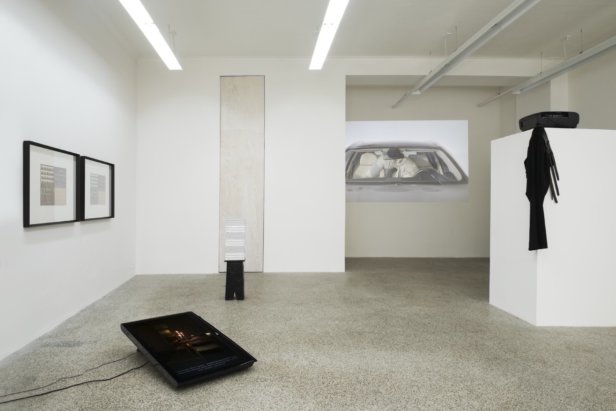 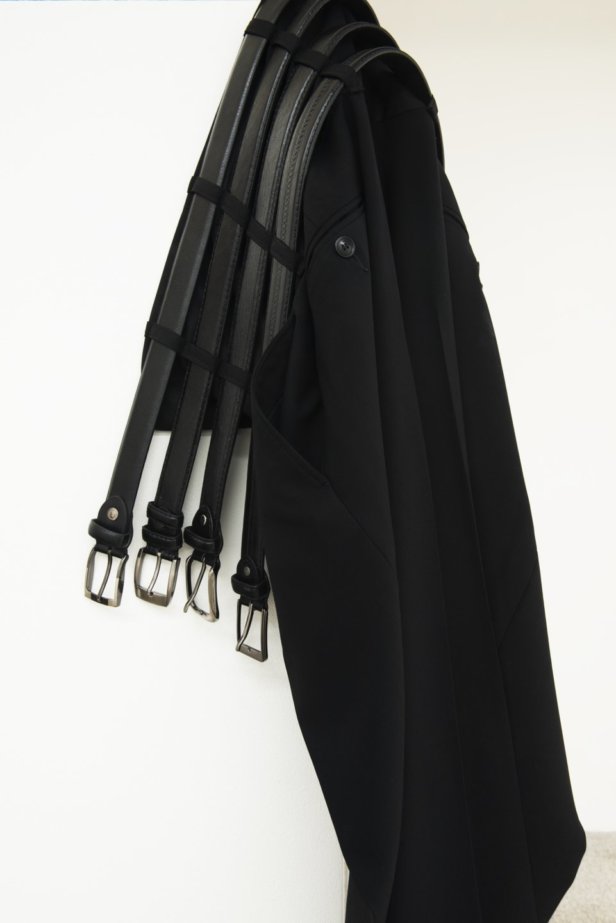 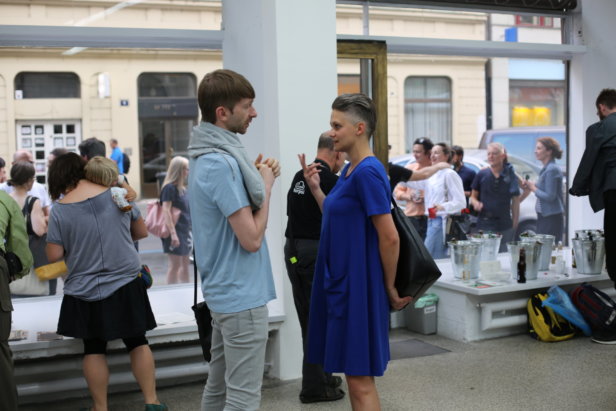 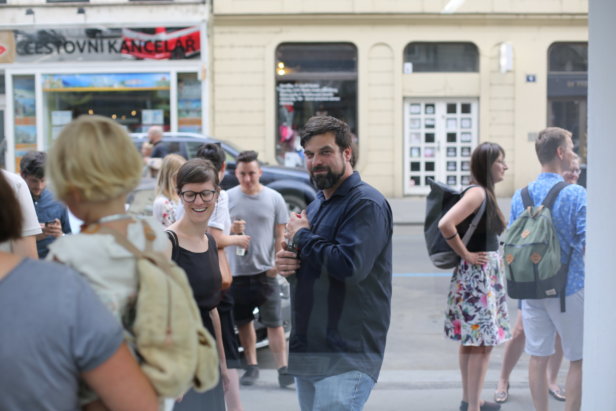 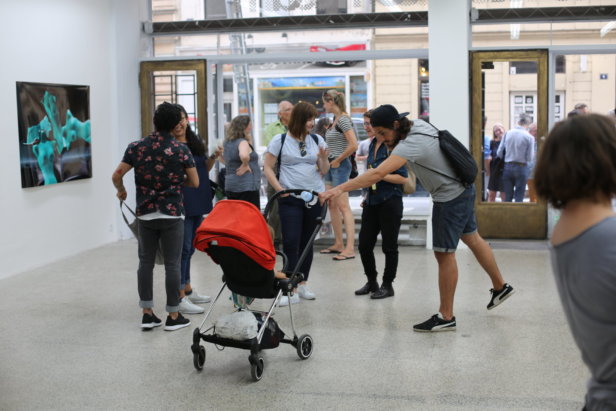 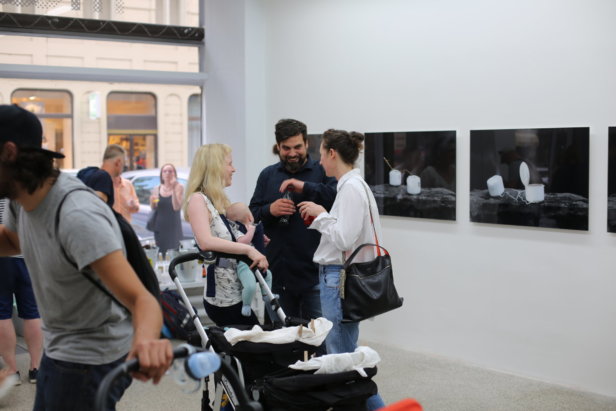 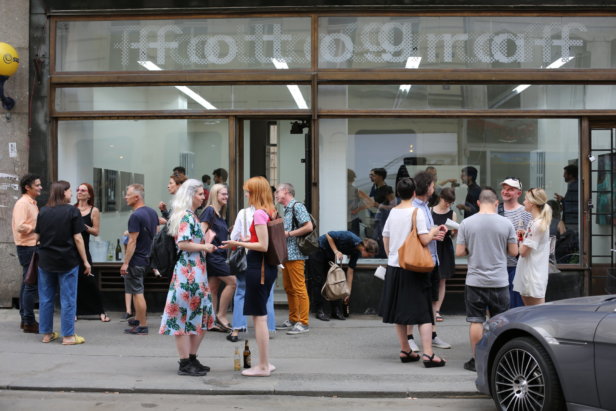 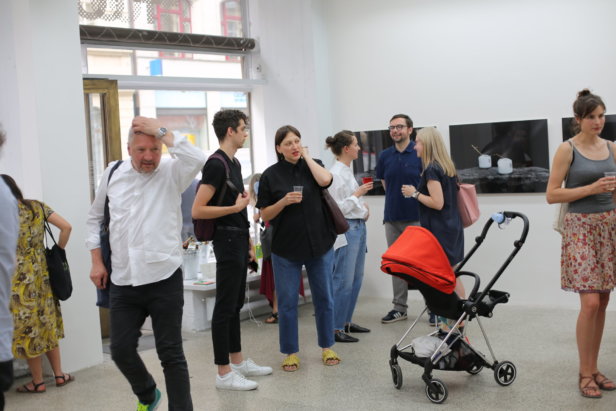 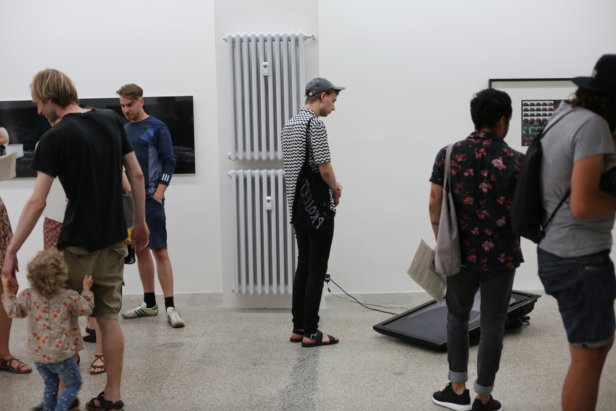 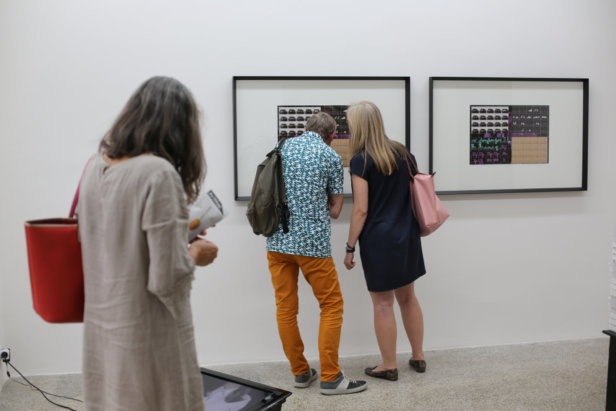