Daniel Steegmann Mangrané
— I Am But Pure Gas, Air, Empty Space, and Time

Daniel Steegmann Mangrané was born in Barcelona in 1977. He currently lives mainly in Brazil. He is interested in the contrast between nature and civilization; between European culture and the culture of the inhabitants of the rainforests. He researches the ways in which technology influences our view of the world. His work spans a wide range of media: he makes films and videos, he works with photo images, he paints water-colors, he designs spatial installations, he experiments with 360° virtual environments and a number of his works are the result of social interaction. We could assign Steegmann’s works to the categories of post-colonialism, neo-concretism, structuralism, anthropology, psychedelia or post-internet art. In recent years, in addition to solo exhibitions, he showed his work at the triennale, Surround Audience, at The New Museum in New York (2015) and he took part in the program at this year’s Berlin Biennale.

The exhibition at the Fotograf Gallery entitled I Am But Pure Gas, Air, Empty Space, and Time interconnects several of the artist’s works. The title comes from a poem by Stela do Patrocínio, a Brazilian poet who spent most of her life in a mental institution. Her raw, albeit dreamlike, poetry (originally preserved only in the form of audio recordings) spoke deeply to Steegmann. He shares it using text installations, wherein he confronts its unrestrained cosmological content with the format of a written record.

The collage from the series, Kiti Ka’aeté, describes the relationship between the world of nature and the world of man. Ka’aeté in the language of Brazil’s indians means a dense, far away from human civilization, rainforest. It is a place where gods live and where traditional rules do not apply. It is a place that knows no history and things do not yet have their own shape. Kiti means a deep cut; figuratively, the entry of man and his technology into nature. The form of the cuts in the collage is inspired by the abstract art of the Guaraní Indians. In a more general sense, the cut can be perceived also as human organization of the image of the world. Steegmann’s photos exploring mimicry, strategy integrating wildlife into its living territory, relate to a different means of relationship to the surrounding environment. Since 2012, he has been researching stick insects and other organisms that are capable of transmutation into plants or even into lifeless stones.

The film installation, 16mm, originated in the Mata Atlântica rainforest in southwestern Brazil. Its form and content are defined by the basic applied material – 16-millimeter film. The artist modified a traditional camera such that its motor runs not only the filmstrip, but also the camera itself which crosses the dense rainforest on a steel wire. Each meter of exposed film corresponds to the camera’s movement in a length of one meter. The 60-meter roll of film is, during a standard speed of movement, lit up during five and a half minutes. With its format, the work builds on structural film from the 1960s, but it also offers a range of other themes typical for its author: the wire crosses the rainforest in a perfect line; it brings a new order to an otherwise chaotic environment. Daniel Steegmann Mangrané thus confronts man vs. nature, organic vs. geometric, the enlightened world of spatial and temporal coordinates vs. a world without history and without form. 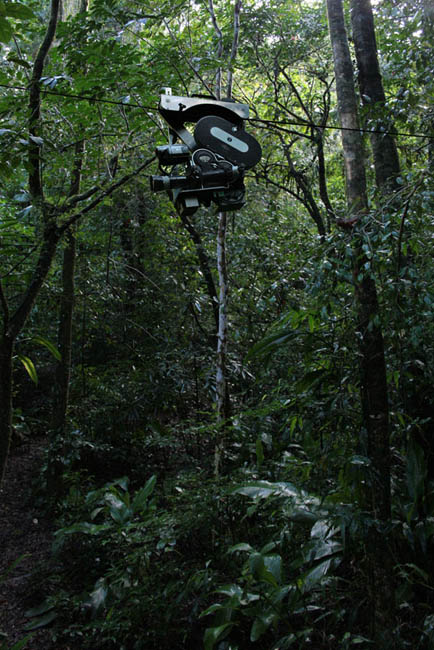 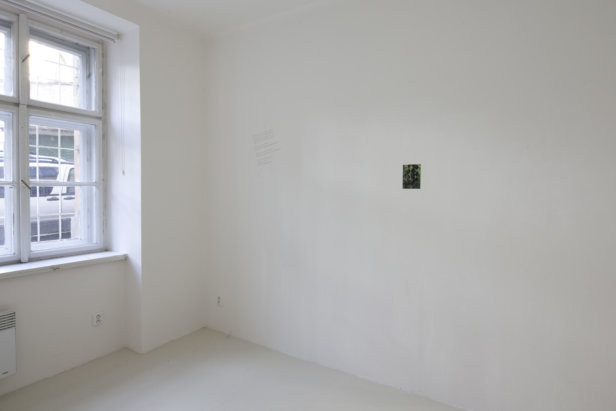 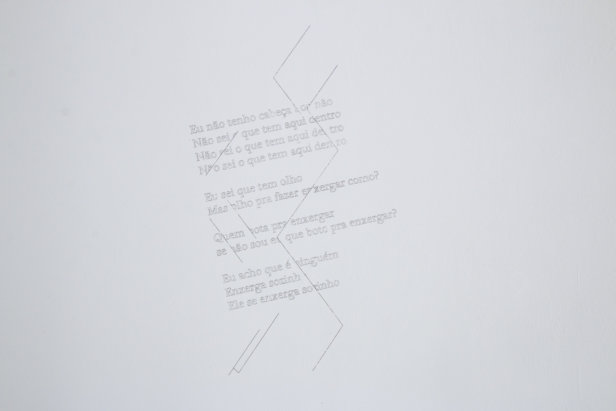 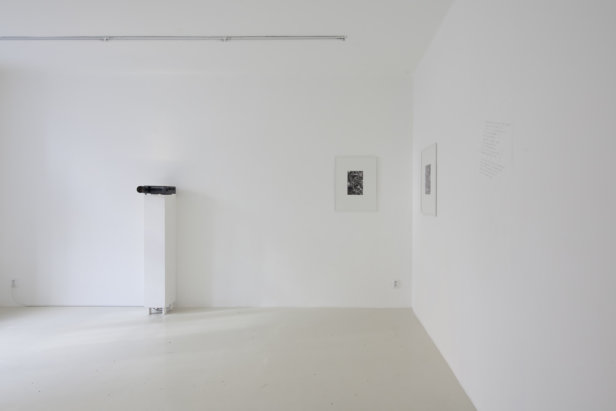 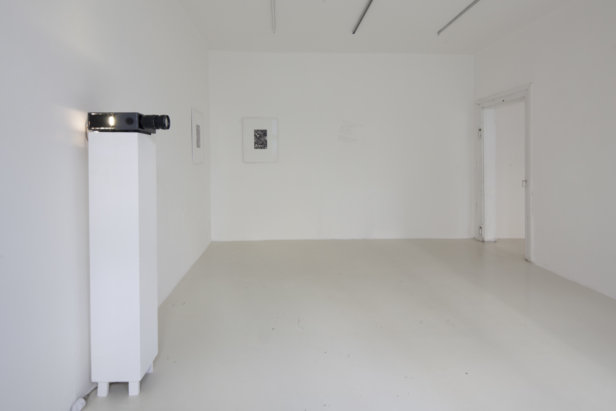 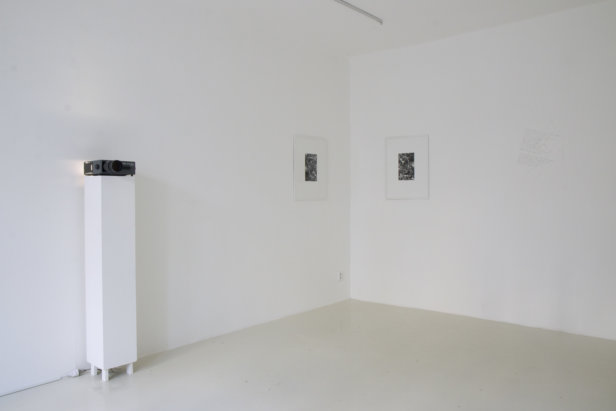 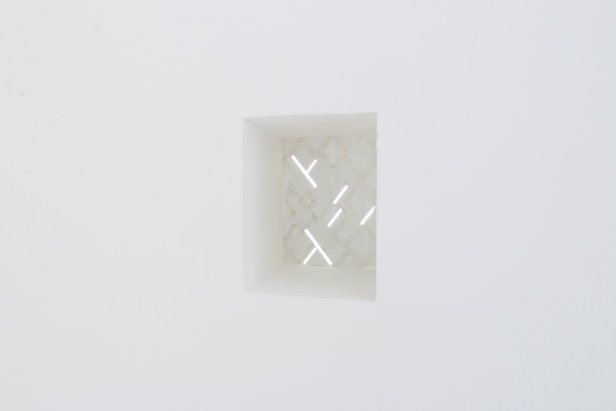 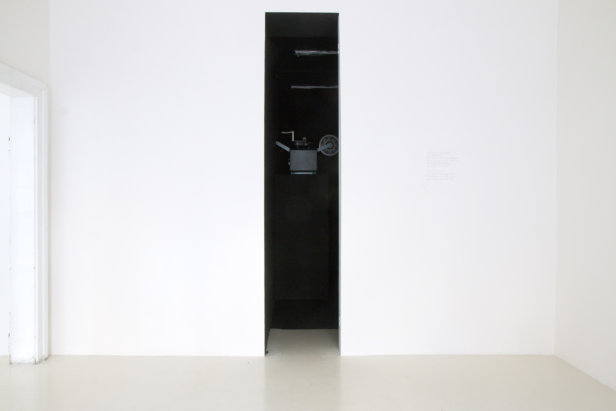 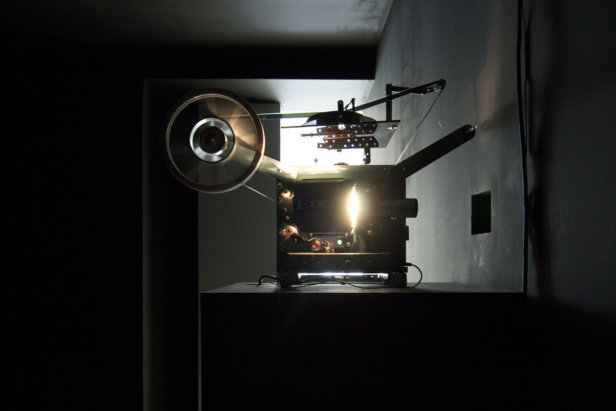 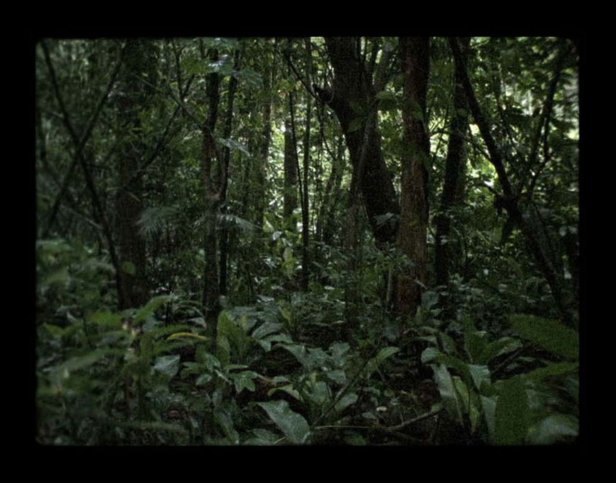 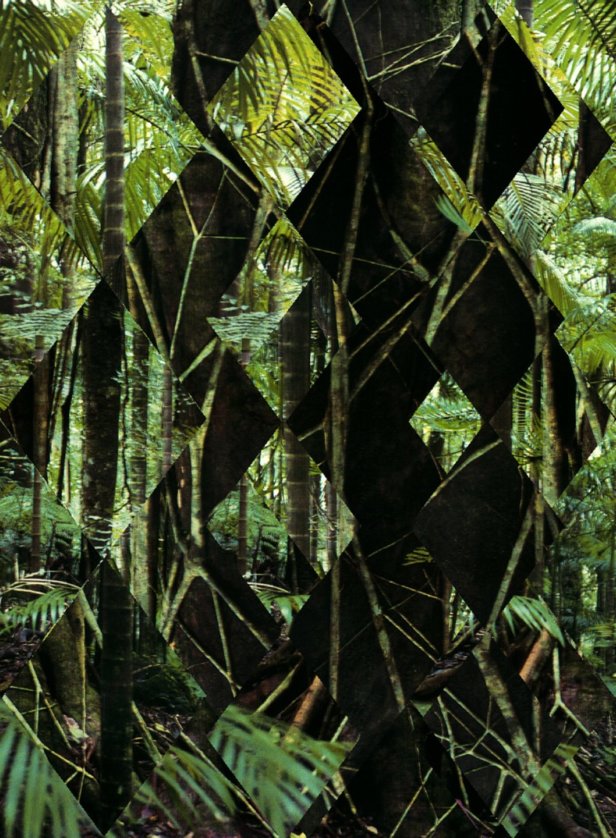