How would you find out what the composition of the atmosphere was like fifteen thousand years ago? There is no one to ask, although there were certainly humans living on the planet at the time. They did not, however, keep records of the levels of CO2 and other components of the atmosphere. The only things that have survived are paintings of flora and fauna and ornaments and symbols on bones and everyday items. Perhaps you could think about the fact that particular values of carbon dioxide or nitrogen oxide lead to a particular atmospheric temperature, and therefore a particular climate which benefits particular types of organism we can then recognize on human artifacts made at the time (or are directly composed of parts of these organisms, as is the case with mammoth tusks). This is, however, a long chain of thought that demands a certain level of speculation – an approach rarely present in science.

Let us try a different approach. Let us search for a “natural recording device”, some kind of non-human medium that would serve as a memory trace or record of the distant past. Such a medium would have to have been in touch with the atmosphere, after which it would have had to lay untouched for millennia before being discovered by a human who could decipher the message it contains. The thesis of this exhibition is that ice is one such perfect natural medium. The deep layers of glaciers, some of which contain ice that is thousands of years old, contain bubbles of ancient air that were trapped in the ice when it was on the surface of the glacier. This old ice then makes its way back to the surface in the form of glacier cores obtained through ice drilling, particularly in the Arctic and Antarctic.

Ice, then, is the material memory of the planet, allowing us to learn more about its present and past. According to the theorist and designer Dietmar Offenhuber, such natural memory media are examples of the phenomenon of autography, i.e. processes that produce their own visual records of themselves. The age of a tree, for instance, is recorded in its growth rings; air streams are manifested in the movement of grass in a field; urban air pollution is inscribed in the facades of houses and the lungs of citizens. In all these cases, what is taking place is visualization as an index of a certain process, just like ice can become an index of the past state of the atmosphere. Also important is the human agent who uncovers the autographic process and is able decode its significance. The human–ice relationship forms one of the axes on which our principles of terrestrialness are born, which become part of culture through the methods of scientific research, mythological narration or folk practice.

At this point, it is important to perform an anthropological gesture” that complicates science’s claim to always be the first framework to fully determine where we find ourselves and what we are to do. Instead, science is located side by side with a broad range of cultural activities that acquire meaning and dominance from situation to situation. Every here and every now has its own logic of internal truths which must be covered in its plastic ambiguity – and within the context of the climate crisis, this uncovers overlapping courses of observation that are at once geopolitical, geopoetic and geophysical. We can then also see that people are sometimes a message that propagates through various media, at other times media through which foreign messages travel, and sometimes – as in the case of ice – the medium and the message are found entirely outside the space of the human. People can, at most, come across these messages by chance, respecting this encounter as instructions for action. 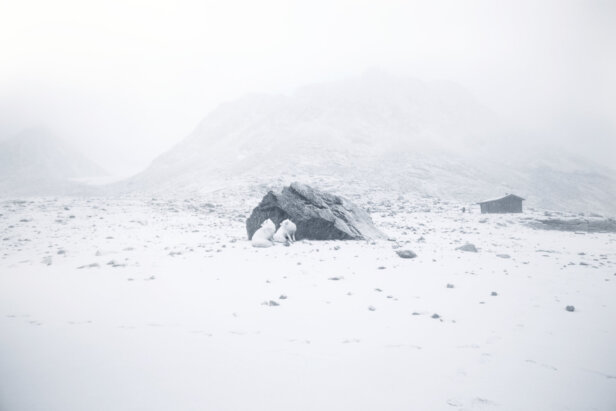 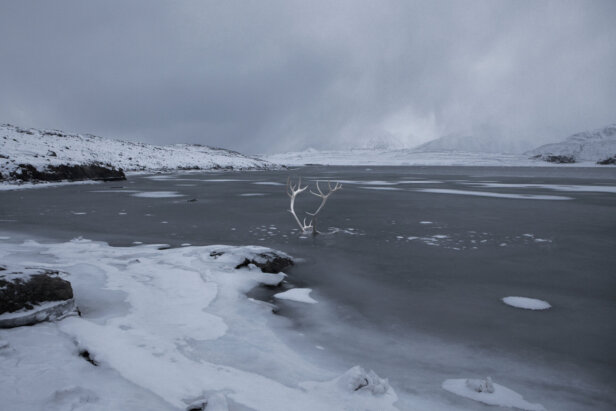 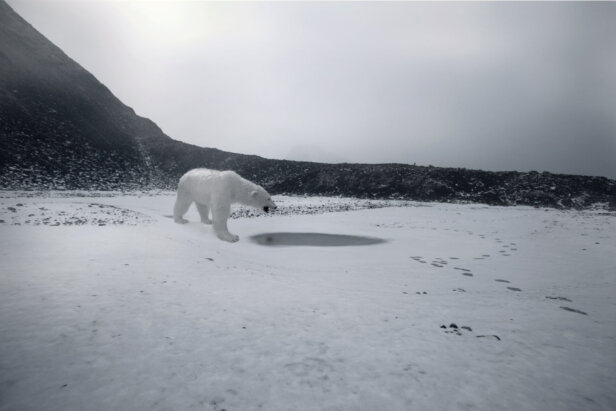 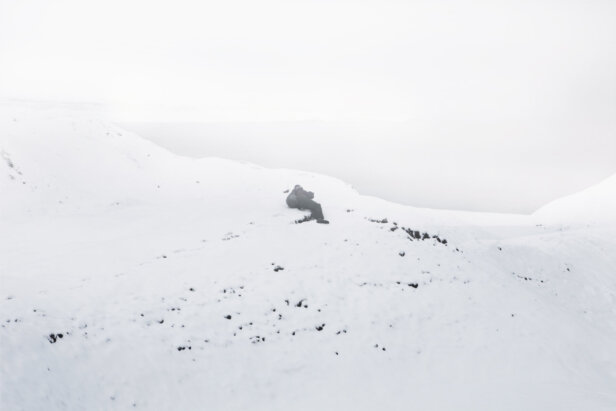