Bil’in, a Palestinian village on the Left Bank, is at risk of losing half of its agricultural land. Israel took this land with the intent of building illegal Israeli colonies and so-called separation barriers. Village residents decided to protest against the seizure of their lands. The film exposes the peculiar relationships that form between villagers and Shai Carmeli-Pollak, the film’s director, who came to Bil’in with a group of Israeli peace activists.

The film documents the birth of a passive-resistance movement against the village’s occupation. This occupation has since become a symbol of the movement. Creative protests, aggression on the part of the Israeli Army, the role of Israel and international activists along with common, everyday concerns. 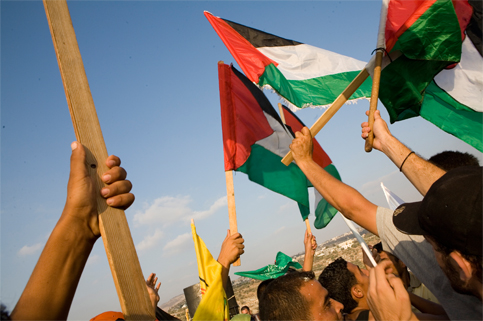