Petr Willert
— Something from Grandma

For Petr Willert the multi-layered micro-world of his grandmother’s 1-bedroom flat became the focal point of numerous photographic projects. During his studies at the Department of Advertising Photography at the university in Zlín he almost obsessively shot portrait photos of this grandmother and her friends, the details of interiors, and the hand-made items she created: gloves, socks and slippers made from multi-coloured yarn she obtained by unravelling sweaters. In his last project he made an artist out of his grandmother. Using his ‘granny’ he completed his required coursework, while elaborating on more open themes as ‘extracurricular’ work.

His grandmother’s flat in Uničov, a small town in northern Moravia, is not particularly photogenic. Nor is his grandmother’s lifestyle in anyway different from that of ‘typical’ grandmothers, as they are familiarly referred to by today’s generation of 20- and 30-year-olds. On the other hand, Willert has never drawn from the aesthetics of banality that steeped even the Czech environment in the 1990s. He prefers to use the experience of his generation, a nostalgic and political context unburdened by a lifestyle perspective that is now considered so exaggeratedly ‘démodé’ that even second-hand shops are not interested in it. The influence of the atmosphere from his advertising school days and his experience as a fashion photographer are apparent in the point of view he presents.

The flat in Uničov has in no way been formed by the experiences of the swing generation, beatniks or any other important global waves of influence dating back to Willert’s grandmother’s youth. The furnishings consist of that which is the most beautiful and nostalgic from the Czechoslovakia of the 1950s and 60s, reminiscent of the fading Brussels style, but mainly it is a well-cared-for world, filled with starched doilies, stacks of folded laundry, hair curlers, and the omnipresent and all-encompassing floral decor and meticulous organisation, which, without a doubt, also reflects a bourgeois mentality. Quite inadvertently the political situation is also reflected somewhere in the background, although transposed into what is more personal nostalgia, his grandmother’s memories of her childhood and her own grandmother. Regardless of whether Willert shoots photos of minor architectural works, home design or interior landscapes, his works always offer us commemorative photographs hanging on the walls and displayed on shelves, home-made jam and childhood forays to the cellar, or the fierce stubbornness with which he looks for exceptionality in the banal park landscaping around his grandmother’s flat building, always systematically performing a detailed investigation of a specific social structure in the background. The flat appears as a single organism, intertwined in many ways with the person who uses it.

The series of photos entitled Chasing the Cat (Hon na kočku) may, to a certain degree, be considered a summary of his previous works and offers many interesting options for interpretation. He takes note of an important aspect associated with his grandmother’s all-pervasive lifestyle – the amusing irony of displayed amateur shots of pet cats in relation to nature photos of big cats in the wild. In the same way this home decoration is far removed from an actual feline beast; only a vivid imagination can see the original botanical origins in the ubiquitous floral décor. This ‘safari’ may, however, also be viewed as photographing his grandmother’s design preferences and lifestyle. During this journey we are accompanied by a pussycat representing the main characteristic of this type of interior. But actually, it is more likely that this series of photographs is meant as a parody of it all.

In addition, in his last project Petr Willert draws us into a special game: he brings his grandmother into his world and turns her into a photographer. When she goes visiting, his grandmother carries a polaroid in her string bag together with her home-made jams; she decides what is the most important in her life and takes photos of it – such as the people she gets together with on a regular basis, the replacement of an electrical socket, a television set being repaired… In the same way the design of her flat interior indicates that only a very bare minimum of changes have been introduced over a period of many years, her entire life is played out in a special timeless void documented with the help of her polaroid camera. 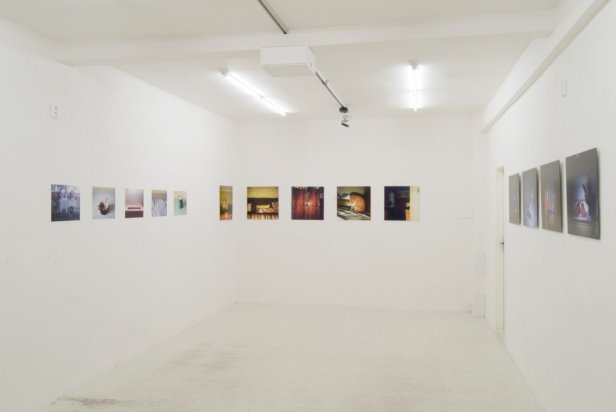 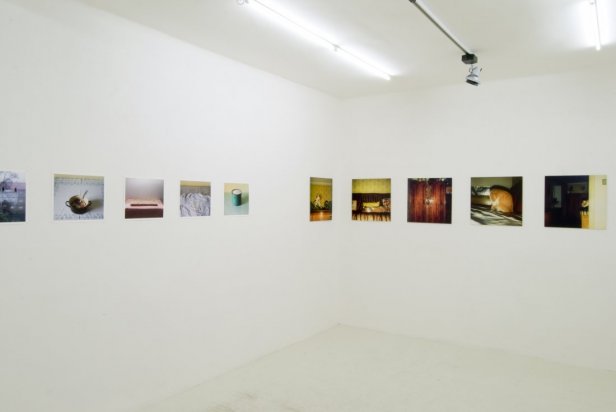 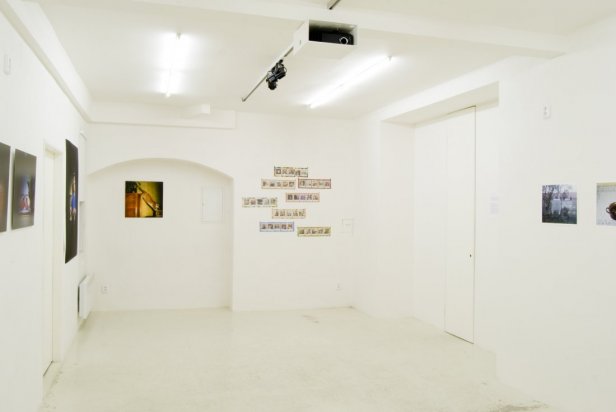 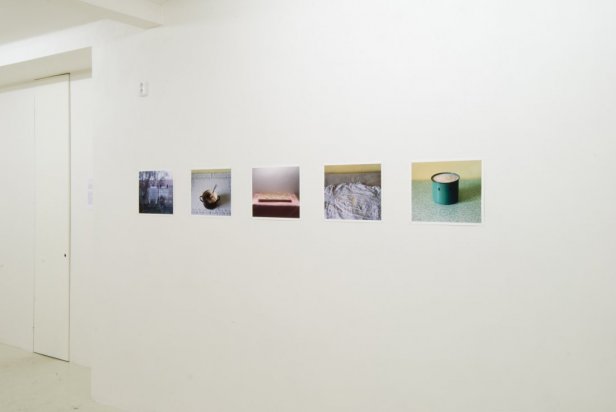 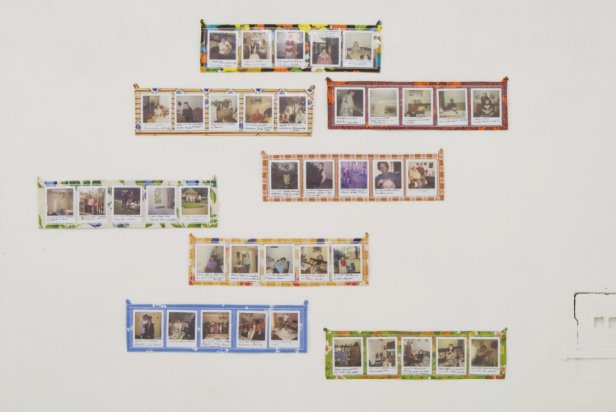 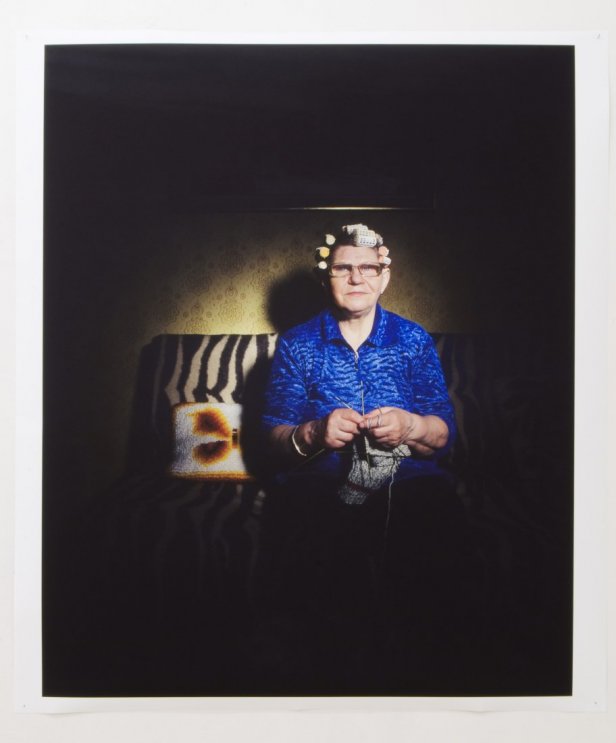 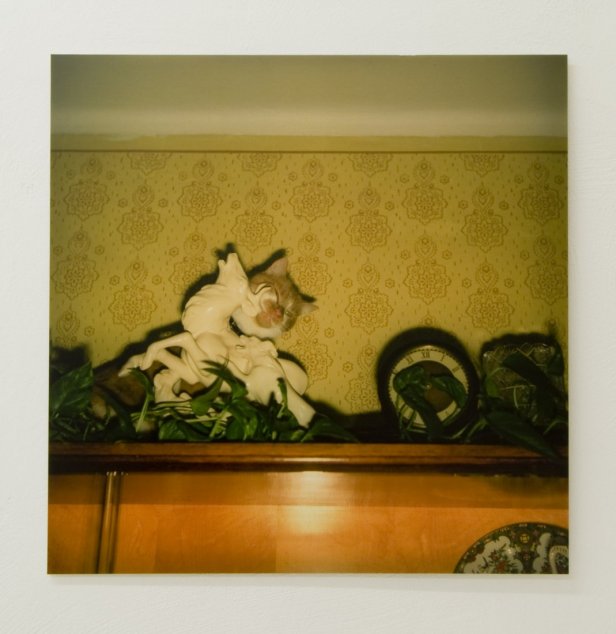