During his long, illustrious career as a photographer, Pavel Jasanský (*1938) worked with many artists and musicians. As a uncategorizable loner, he worked in genres such as documentaries, portrait art and also radical, distinctive inter-media fusion. The focal point of his intimate, anniversary retrospective is the series, Nová krajina, noví obyvatelé / New Landscape, New Inhabitants (1985-90), which captures the apparent reality of dying totalitarianism. The latter is complemented by his pioneering installation, Divák / Viewer (1989), which combines large-format, repainted photographs and video-art statues. The exhibition closes out the long-term project, Podepsané fotky / Signed Photographs, which summarizes Jasanský’s life-long ties to his impressive, extensive album with photos of friends and peers.

Graduated geologist Pavel Jasanský (*1938) had already begun taking pictures in the late 1950s/early 1960s. He created pictures and did graphics work for up-and-coming musicians of the day. After his 3-year mandatory service for Prague Geological Research in the Ore Mountains (Krušné Hory), he became an employee of the promotional division at Strojexport in 1964. He also started to take photos for the Viola poetic wine bar, for the Prague Ballet, for the Za branou and Na zábradlí theaters and for the Divoké víno (Wild Wine) poetry magazine. In 1968, he became a graphic artist and photographer registered at the official Czech Creative Arts Fund (ČFVU), which allowed him a free-lance career. He worked on photographs and designs for many records, posters and multimedia productions. During the 1970s, Jasanský also worked his way to the status of a sought-after photographer for music stars; a position he would in time once again give up (“I apologized to Supraphon and I just worked on my own stuff”). After the fall of communism, Pavel Jasanský founded the Signum agency (along with J. Kučera, D. Kyndrová, J. Ptáček and J. Vaniš) and ran his own graphics studio, JAGO. He led a seminar on multimedia creation at Prague’s FAMU from 1992-1998.

In his independent works, Pavel Jasanský, beginning with the series Paristory (1967), presents himself as a photographer with extraordinary empathy and perception. He applied these skills in his independent documentary photography that over the long-term showed images of the emotionally-charged micro-worlds of institutions and hospitals, cemeteries and Mardi Gras celebrations Jasanský made good use of his documentary-focused creations in the book, Město / City (1983), that he originally conceived together with Vladimír Birgus and poets Petr Cincibuch, Jaromír Pelc and Josef Šimon. The original version that captures the feelings of residents of a modern metropolis was, due to its overly pessimistic tone, redone prior to printing and photographs by Miroslav Hucek were added to it.

All the aforementioned circumstances enabled Jasanský to culminate his documentary creation through the extensive series, Nová krajina, noví obyvatelé / New Landscape, New Inhabitants (1985-90), which we could call a “subjective documentary” that shows unwittingly the stage of “dying socialism”. This is often done using quotes from absurd civilizational and media ghosts. The absence of living persons and the undefinable locales (some are even from Western Europe) give the series a much more general meaning; demonstrating the feelings of the sensitive individual at the top of the modern era: overwhelmed by image information that branches off and covers one another in an almost hallucinogenic combination. Images of images, posters, neon signs, TV and trappings of all kinds create the parallel universe of the 1980s. This was a time when information and objects entered into new, absurd relationships. It is a bewitching vision of society at its pinnacle: right before its fall. It shows a civilization void of people; with only images and prints. It is a world as a memory of a civilization that lost its own fixed referential framework.

The counterpart to Jasanský’s documentary creations is his multimedia work: beginning with his collaboration on the project, Most (1981-82), and continuing on to the 1980s with his re-painted photographs and multimedia installations that ranked Jasanský among the pioneers of Czech video-art alongside Radek Pilař. The pinnacle of these intermedia efforts, which took him farthest from Czech photographers, is seemingly the first “video-statue” in the Czech Republic: then enormous installation, Divák / Spectactor (1989). The latter combines the existentially expressed photo-canvas with ink and pencil completing effect with a statue of a sitting figure that has a TV screen in place of its head: one showing the phenomena we see on the canvases. The impression of a sarcophagus of raw physicality combined with a hybrid monster which itself is a transmitter of other images remains still today a forceful image of the abrasive media subconscious of the late 1980s.

The for-now last chapter of Jasanský’s works is represented by a project that culminates his life-long personal connections and collaborations: Podepsané fotky / Signed Photographs is an extensive album of Jasanský’s friends and peers; beginning with his family and neighbors and moving on to his friends and colleagues, then to international celebrities. Almost all include the autographs of those photographed; often clarifying their relationship to the artist. This parade of personalities that the artist took from the 1960s up until almost the present day actually represents a diary of his own life embodied in the lives of others. It shows the richness of the artist’s personal and professional bonds. The projection of the cycle has been intentionally placed in the display window at Fotograf Gallery for viewing also by evening passers-by. It turns the nighttime gallery into a camera obscura of Jasanský’s life-long, rich niveau.

The indefinite “Topáš” in the exhibition’s name (which also connotates the recent exhibition by his son, Lukáš, and Martin Polák) is in fact a juvenile bungling of the name topas that became Jasanský’s life-long nickname. We can also consider it an acronym for his indomitable vigor and sense for the absurd grotesque. Together with his continual courage to take risks and to experiment, Jasanský’s extensive and multi-faceted works hold a unique place in Czech photography and the creative arts. 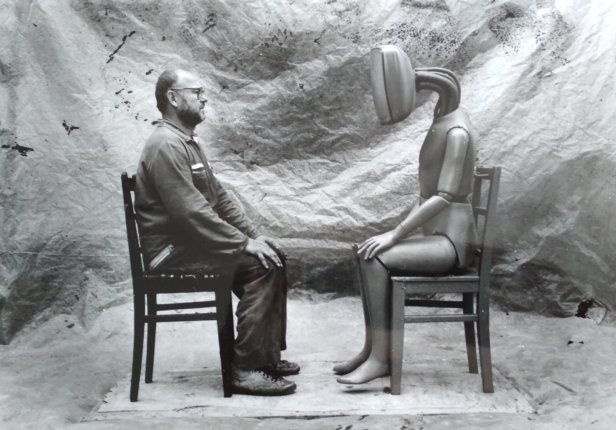 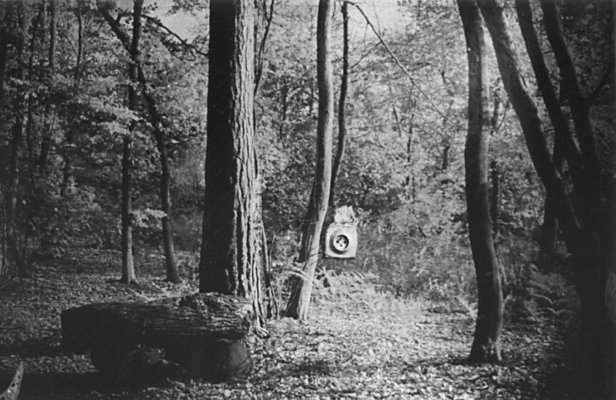 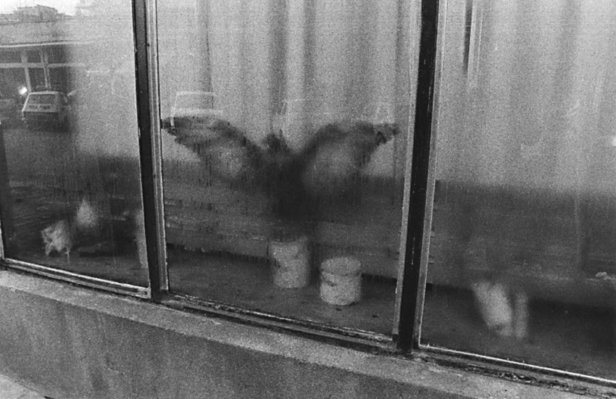 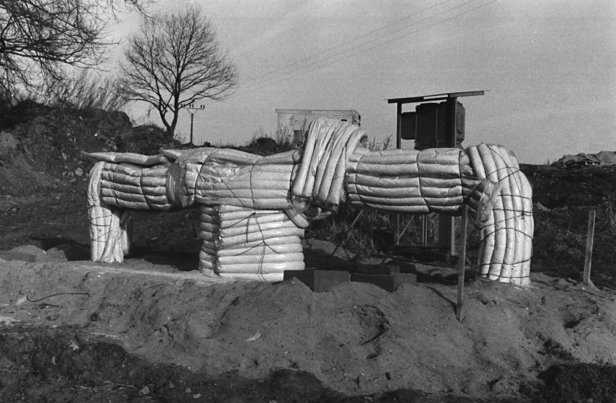 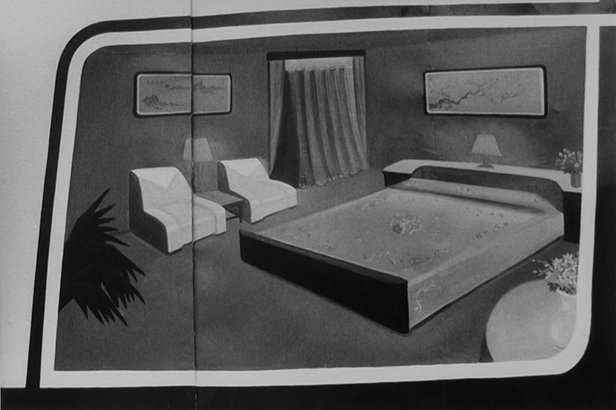 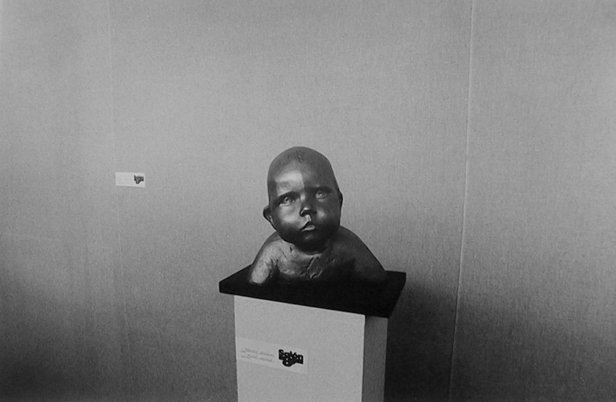 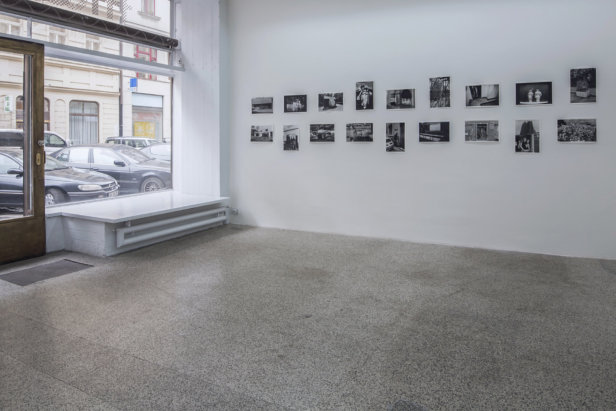 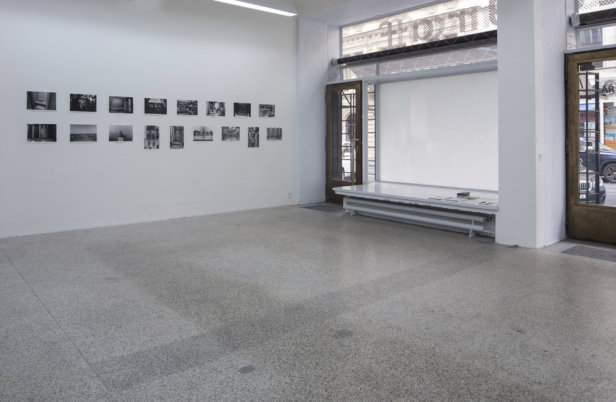 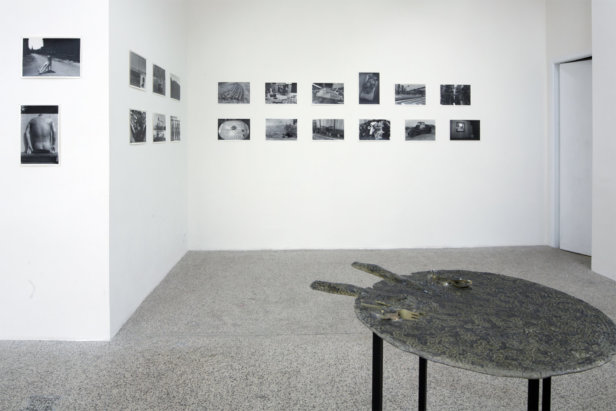 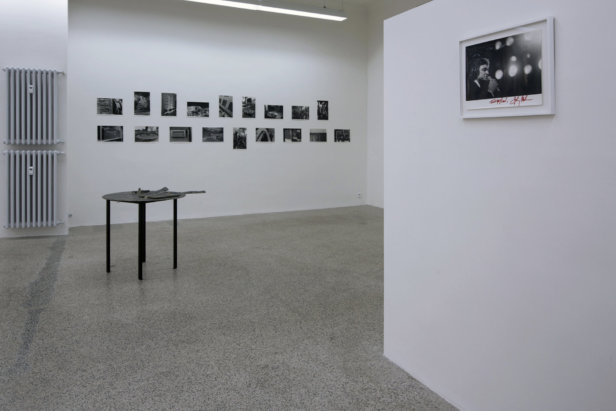 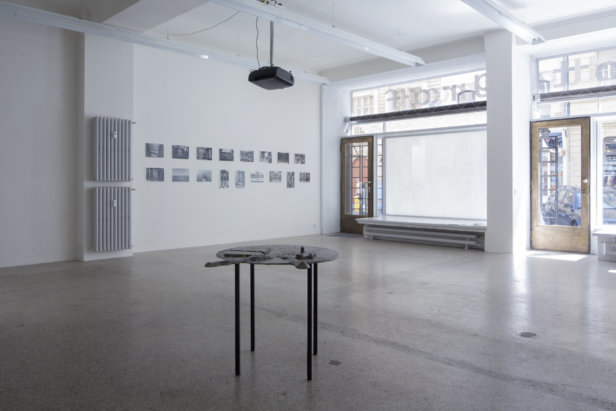 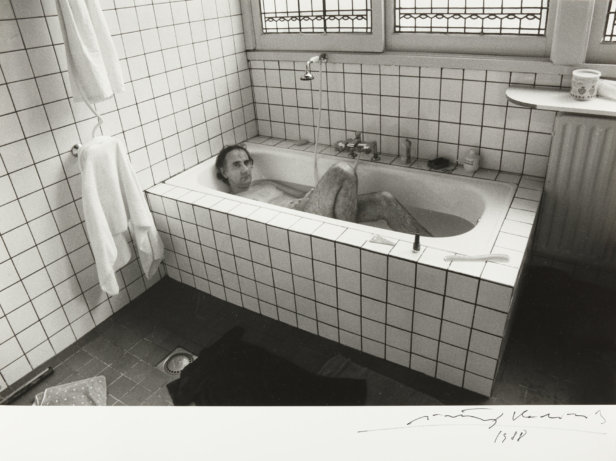 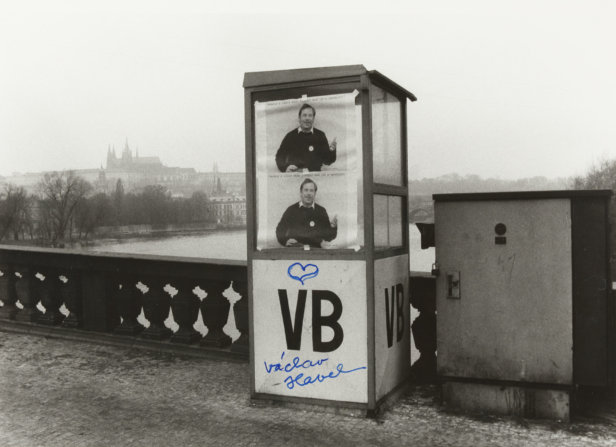 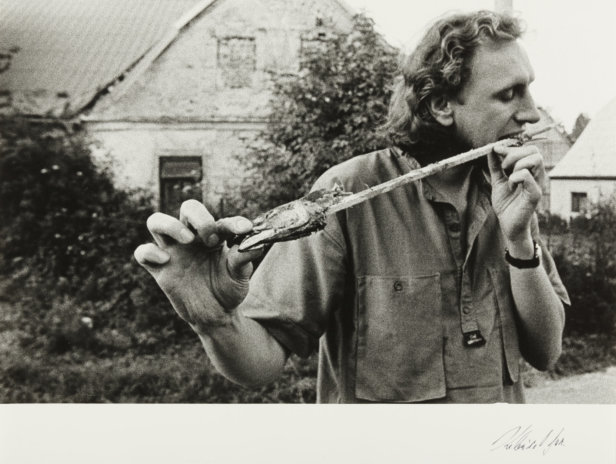 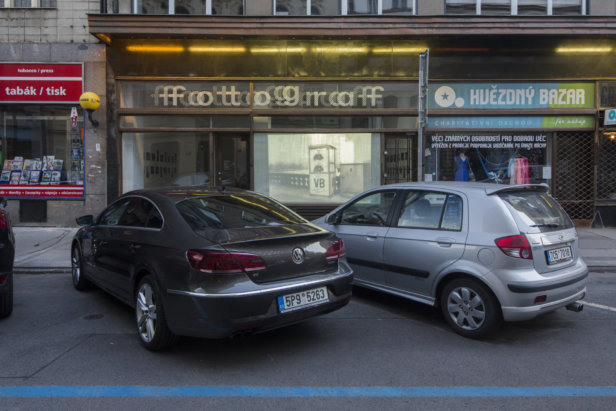 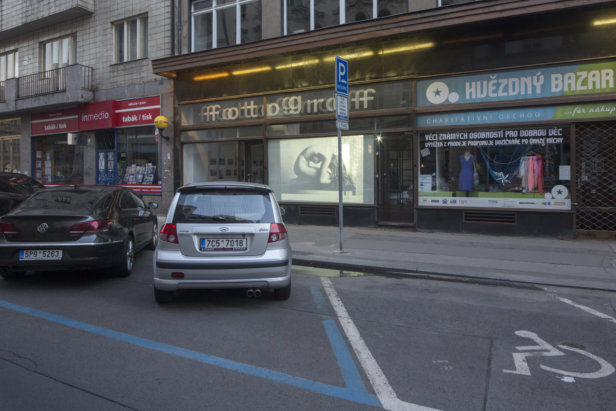 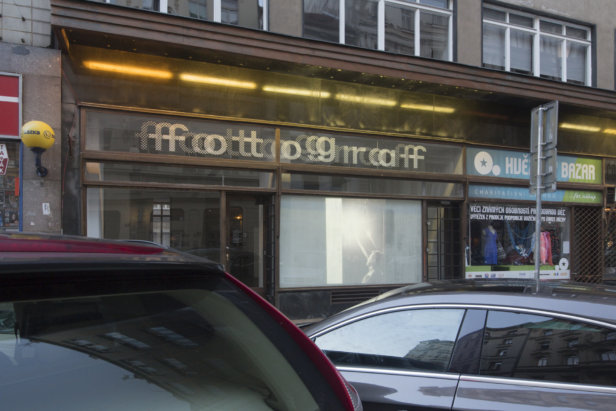 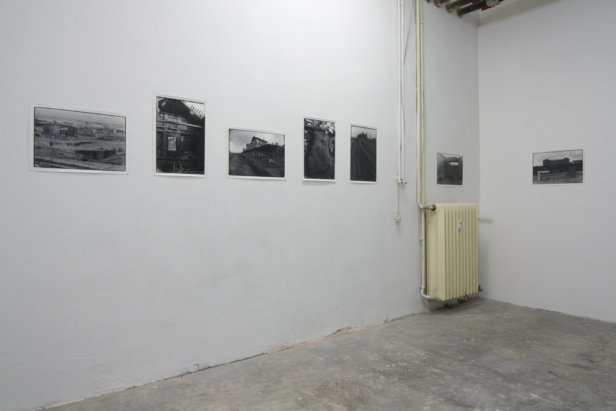 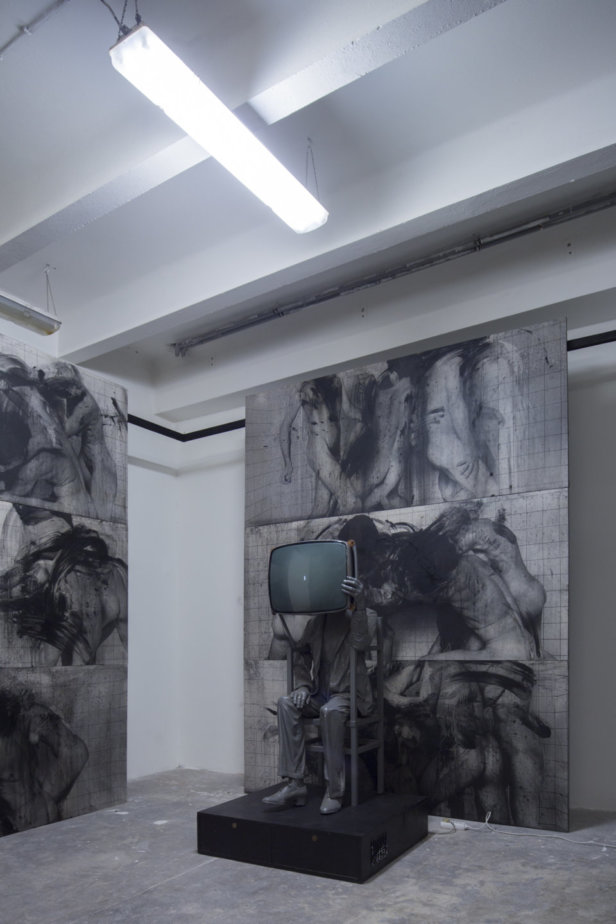 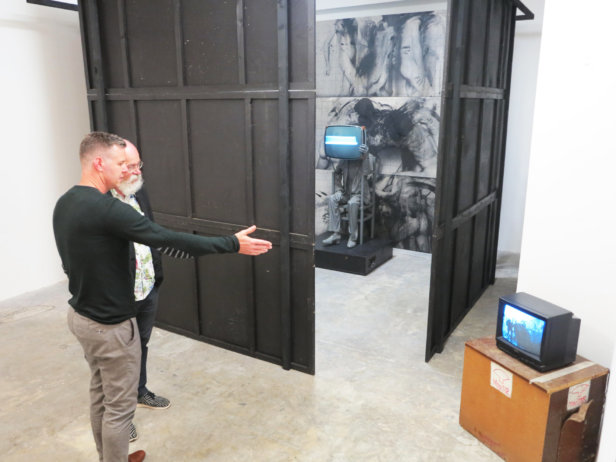 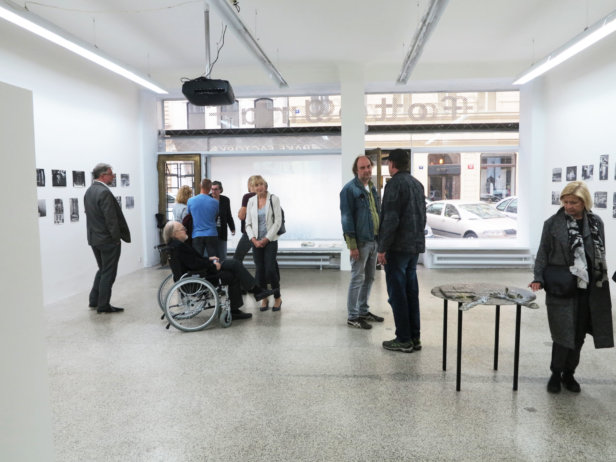 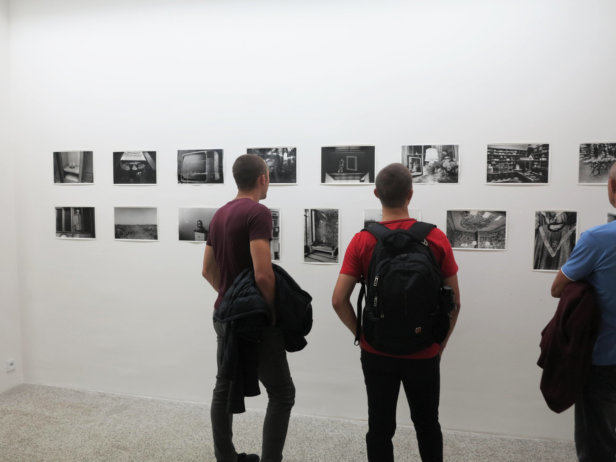 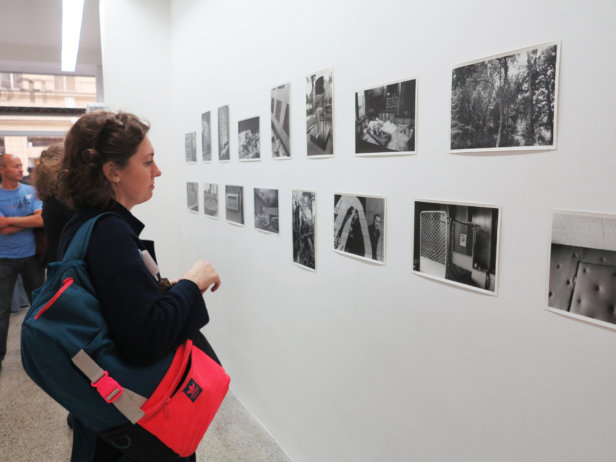 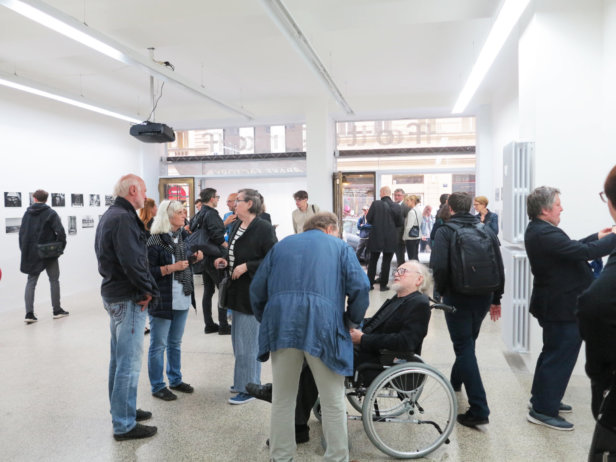 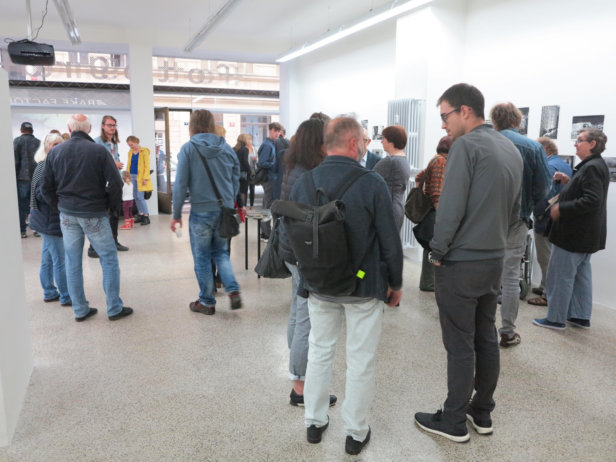 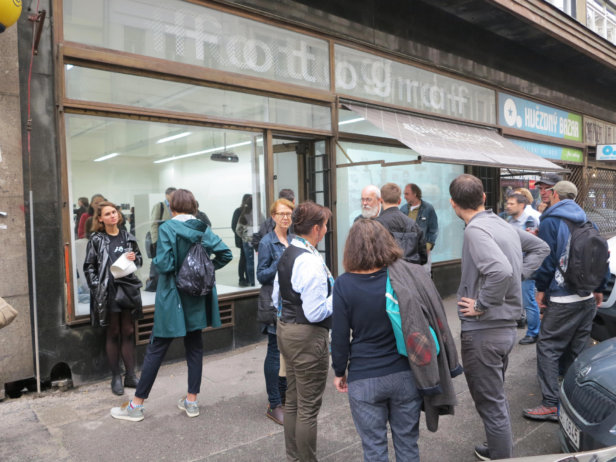 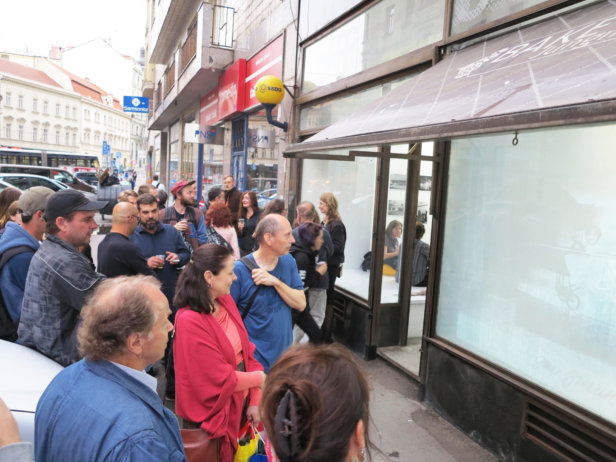