The topics of photography and text have been intersecting for a long time. In our conscience this combination is likely most markedly registered in the Avant-Garde period, when artists attempting to achieve a new provocative connection drew upon it. These were mainly Dadaist and Surrealist movements, who were looking to change the perception of photography as a decorative, or perhaps mimetic, art form. They fully took advantage of the pioneering options that the joining of photographs with Dadaist plays on words afforded them. One of the initial resources for the named connection was the field of advertisement, posters and other print formats, where image and text automatically co-existed. This originally commercial strategy became the subject of new quotes and interpretations mainly with the rise of the Post-moderns and of conceptual art in the second half of the 20th century. Another frequently used approach was the creation of image diaries that guide viewers through the history of photography from its beginnings. It initially experienced a huge boom with the development of automation of photography and then mainly through digitalization in recent years. Last but not least, not long ago created new media, namely video, internet, mobile phones, etc., also played a role in creating new forms of combining photographs and text.  All this led to new, completely unexpected forms.

The magazine was issued at the Fotograf Festival – Between the Signs event. 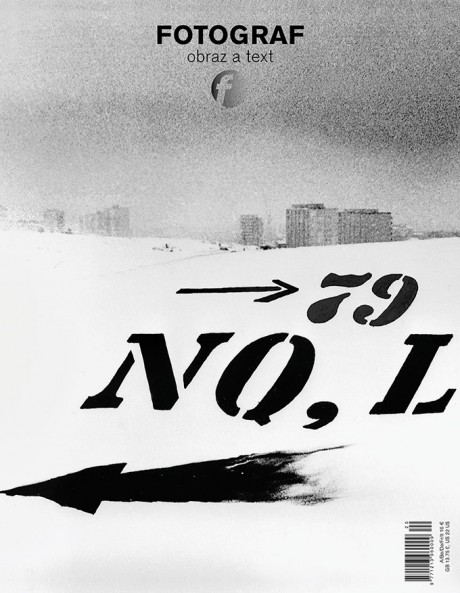